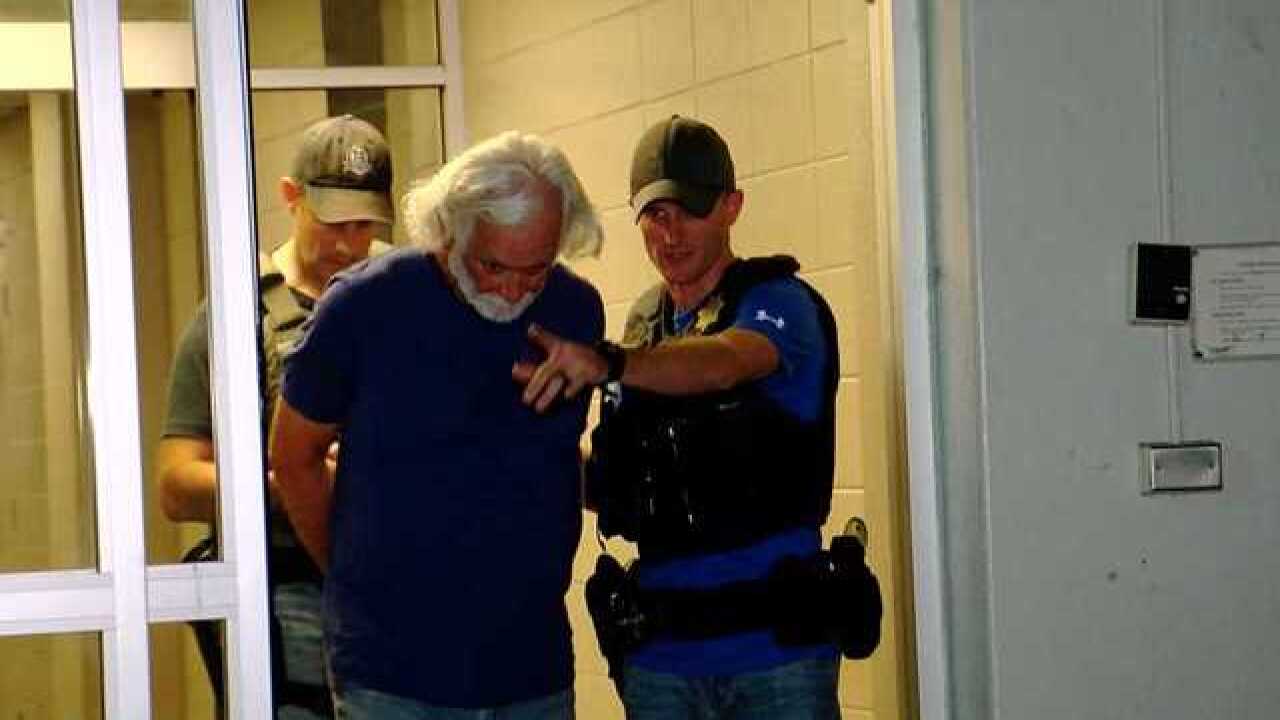 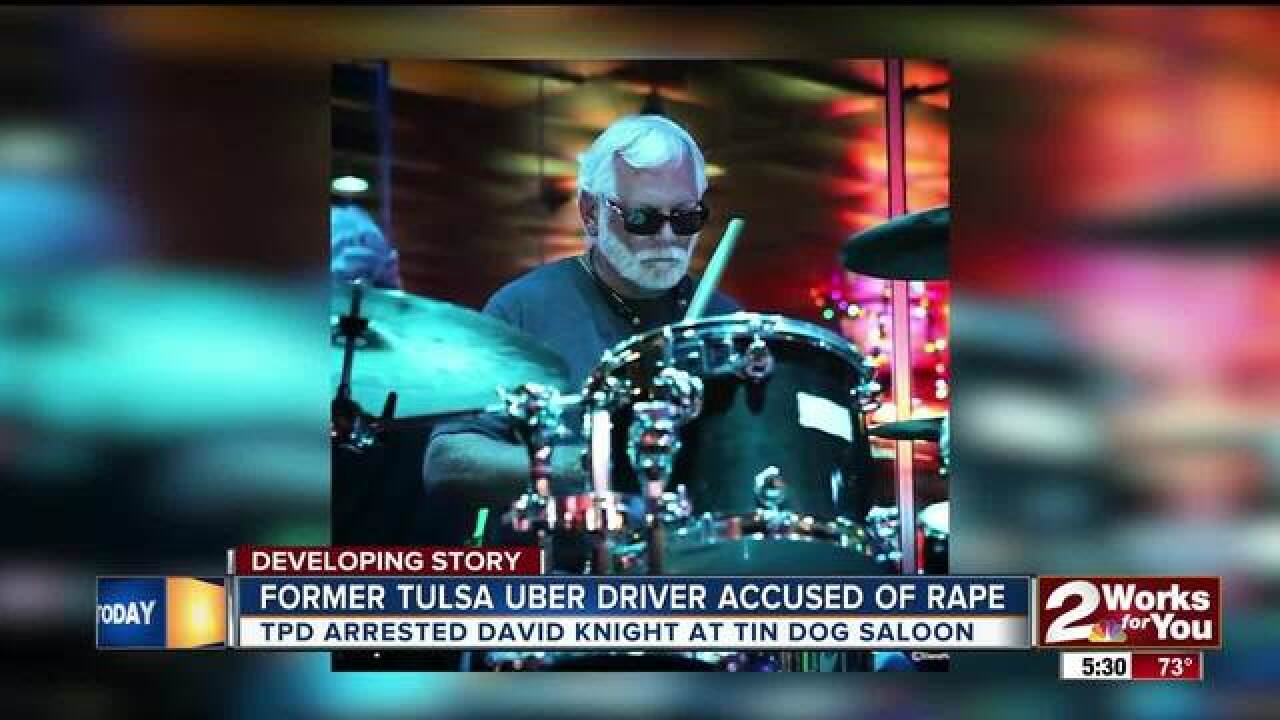 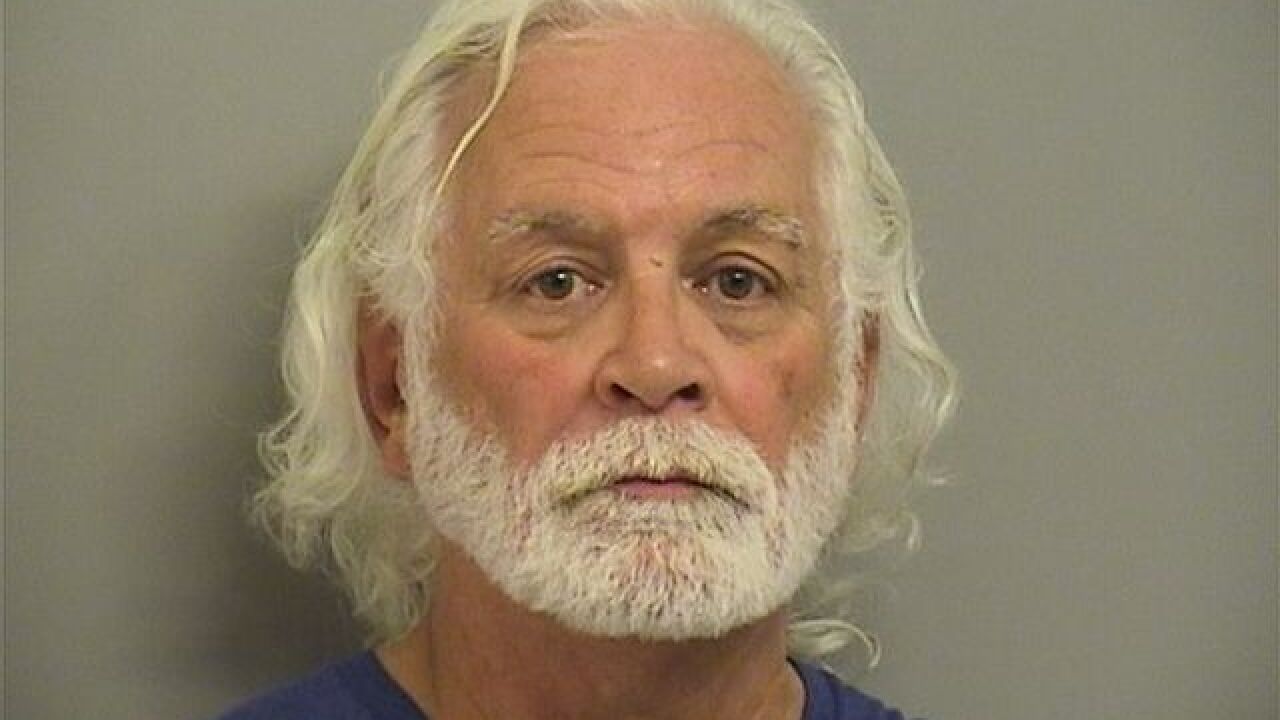 TULSA -- A former Uber driver in Tulsa was arrested after he was accused of raping a woman whom he picked up.

Tulsa Police had a warrant for the suspect's arrest and picked him up Tuesday night at the Tin Dog Saloon on 33rd and Harvard where he was playing with a rock and roll band.

Investigators said the 62-year-old man, identified as David Knight, picked up a woman at a restaurant on Cherry Street. Officials said she passed out in the vehicle during the ride.

Police said he drove the woman to his home, where he allegedly sexually assaulted her.

Investigators said when the woman woke up at Knight's home the next day, she realized what had happened and called police.

She took pictures of the bruises she found on her body the next day and sent them to police. She also had a rape kit done, according to the affidavit.

Members of the Tulsa Police Department will conduct a DNA search warrant in connection with the incident on Wednesday.

Uber fired the driver after police contacted the company, and released the following statement:

"What's been described and reported to police is a violent act no person should ever have to go through. As soon as we became aware of this report, we immediately removed this former's driver's access. We are fully cooperating with the Tulsa Police Department and will continue to provide any information to them useful in their case."

Background checks are required on ride-sharing drivers in the state of Oklahoma. Drivers cannot have any felony convictions in the last seven years and cannot be a registered sex offender. 2 Works for You looked into Knight's background in the state. He is not a registered sex offender and had a few dismissed misdemeanors. Nothing we found that would prevent him from being a driver.

"We would suggest trying to maybe more than one person take that Uber," Officer Mackenzie said. "Try not to take them alone. If you are alone and you are getting in that Uber and you have friends wherever you're at, have them say 'Hey, I'm going to text you when I get home.' 'Hey I'm going to tell you when I get there' so they're aware if you get home. If they don't get a text from you, they know something is wrong."

She also said if you get a bad feeling from a driver not to get in the car and take a risk.