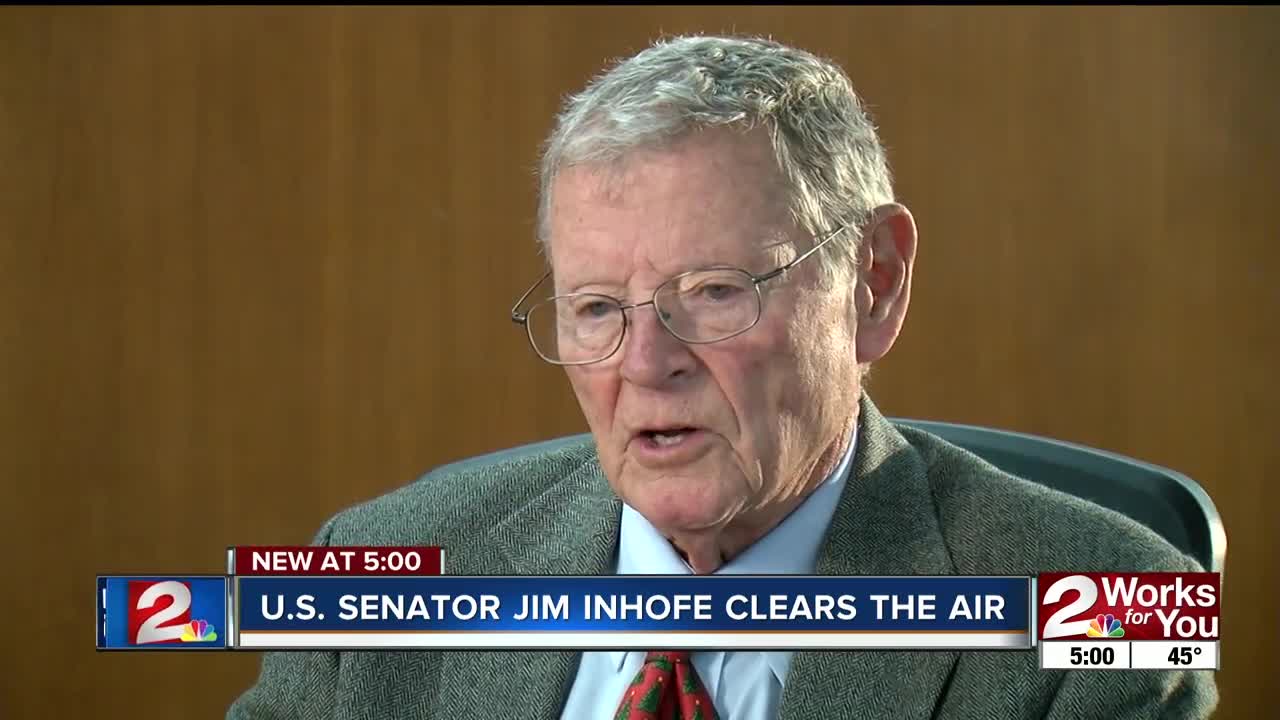 TULSA, OK (KJRH) — Just days after finding himself in hot water, U.S. Senator Jim Inhofe worked to explain his recent stock purchases. The Chairman of the Armed Services Committee bought tens of thousands of dollars in defense stocks after pushing for a boost in military spending.

Inhofe says a third party financial advisor made the stock purchase, and he says he didn’t know about it until it made the news. The senator says he’s not consulted about stock transactions made on his behalf, but he did send a letter on December 12 to his financial advisor, instructing the company to no longer purchase defense or aerospace stock on his behalf.

Inhofe has been pushing to boost military spending in coming budgets, advocating for a $750 billion budget.

"At a minimum, we should be increasing for the next five years our military between three and five percent over and above inflation," he said.

He also spoke about border security, as he has announced a bill to fund the wall by transferring money from programs that already exist.

"It’s all coming from benefits that would go to non-citizens which we don’t have to do," he said, "that they have been able to work out of us for a long period of time... the legislation I’m prepared to introduce will pay for more than the border wall. It’ll actually come up. It’s going to be $33.5 billion."

President Trump has threatened to shut down the government if Democrats refuse five billion dollars to fund the wall. The shutdown would affect roughly a quarter of the federal government, and would come into effect on Dec. 21 if a bipartisan deal isn’t reached.