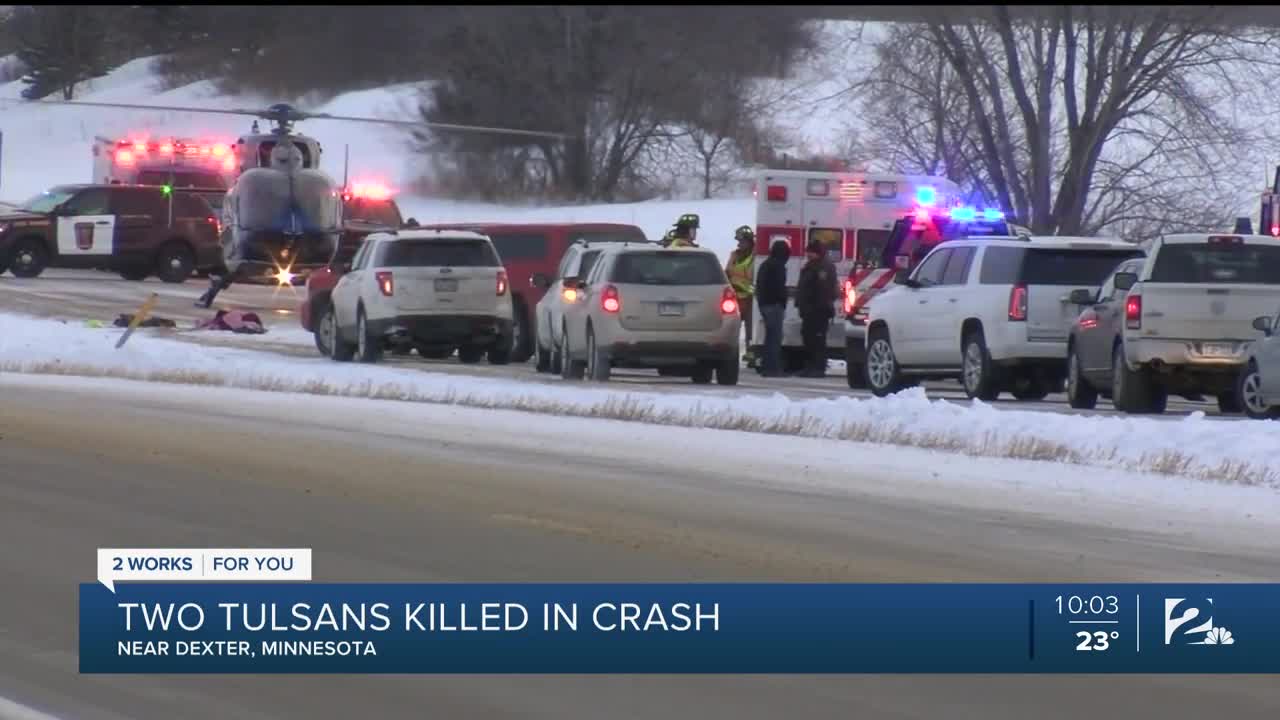 Two Tulsans were killed in a crash on I-90 early Thursday morning in Minnesota.

According to investigators, they were not wearing seat belts and were ejected when the driver of a Dodge Ram pick-up truck lost control, going through the center median and ended up in the eastbound lanes.

There were two others in the truck that were rushed to the hospital.

No word on whether road conditions played a factor in the crash.