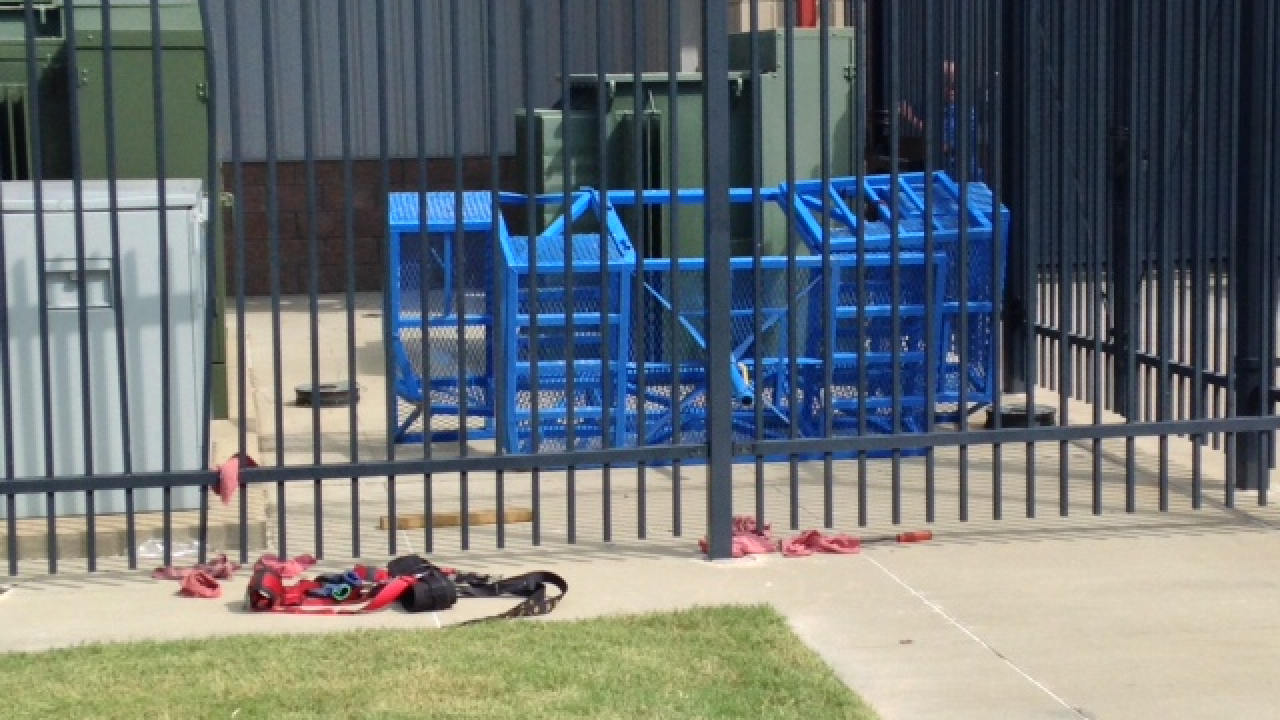 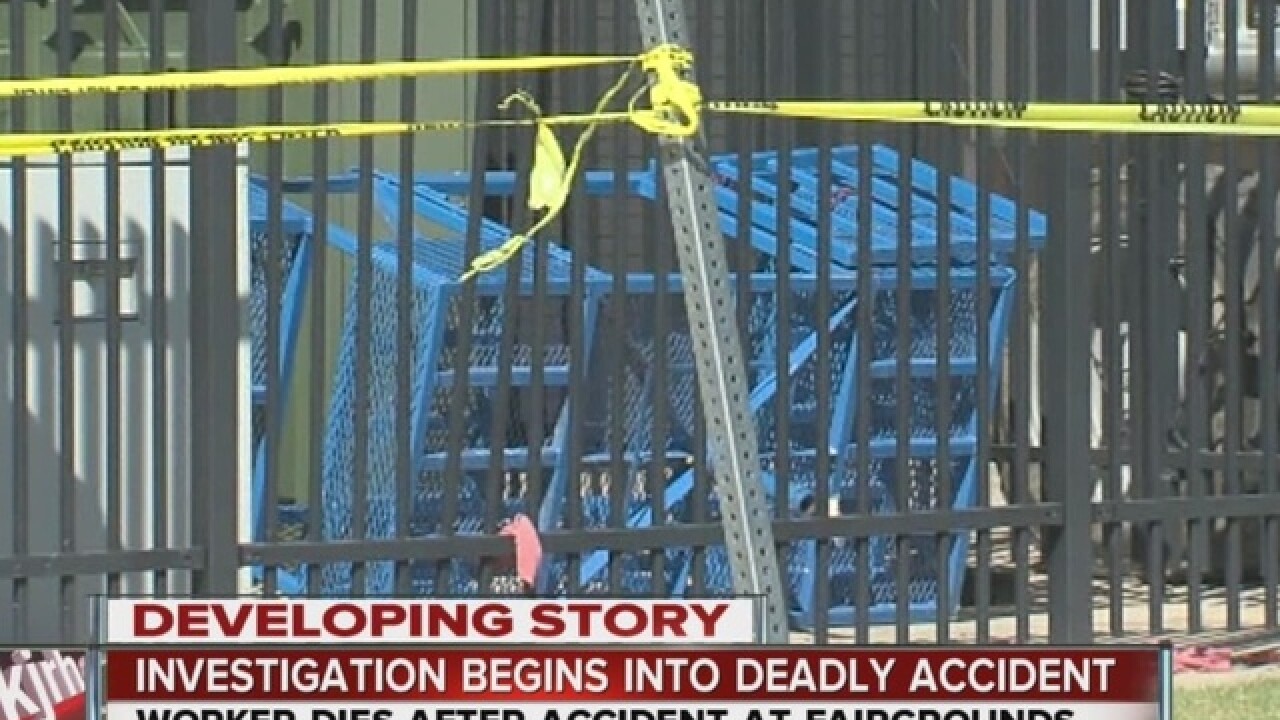 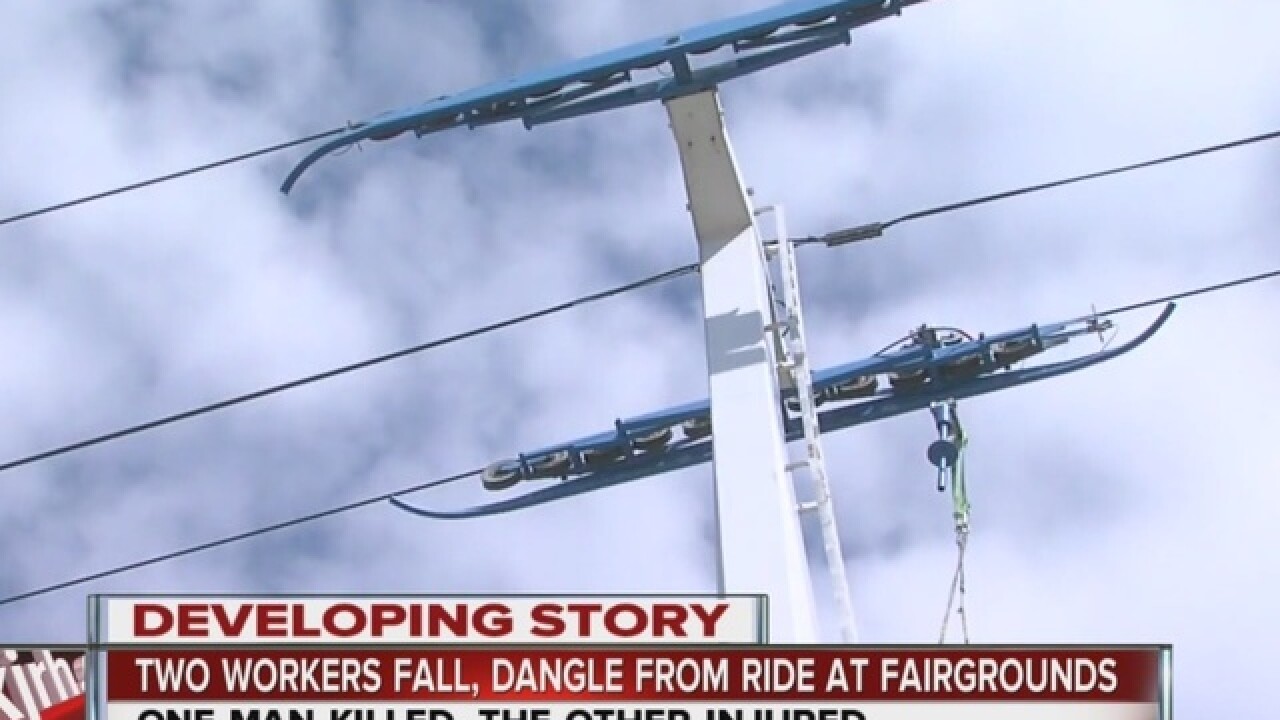 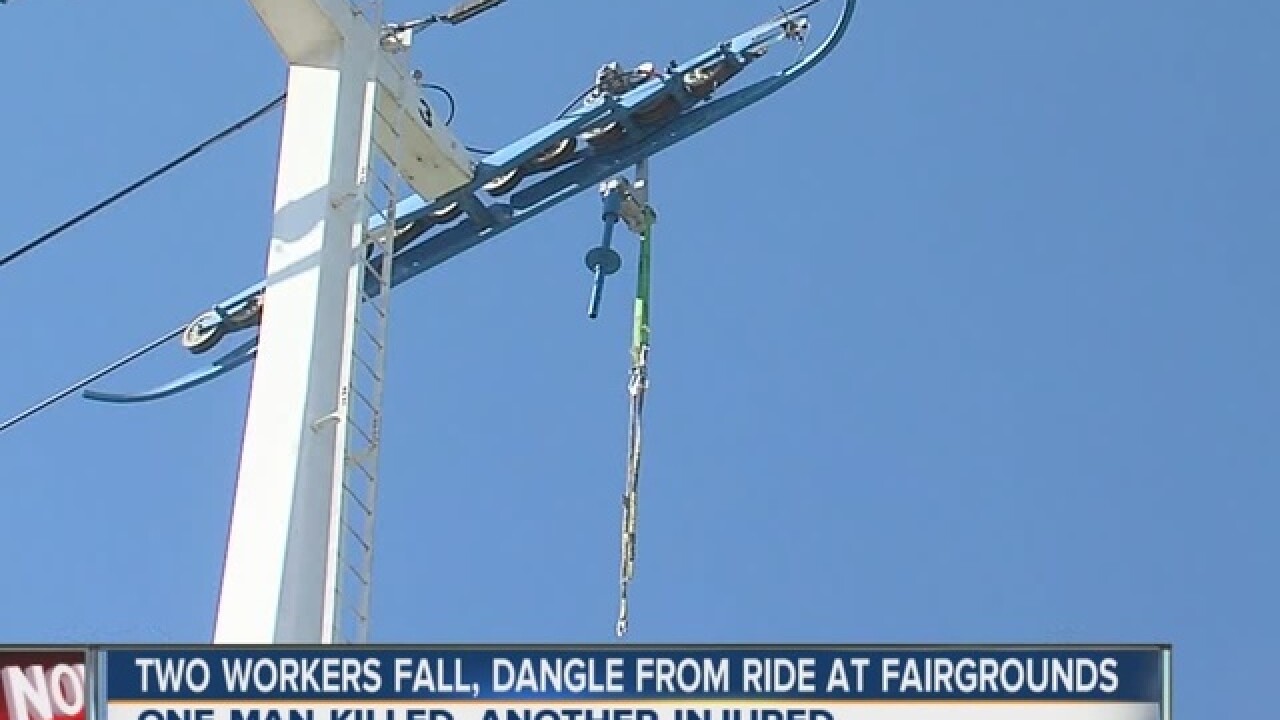 Firefighters say one man is dead and another man was hurt after their equipment failed while working on the Tulsa Fairgrounds Sky Ride.

They say the workers were standing in a cart and wearing work harnesses while replacing wheels on the Sky Ride when their cart got loose and crashed to the ground. The equipment failure caused both men to fall and become trapped in their harnesses.

Rescue crews say when they arrived, a lift was being used to try and rescue the men, but the lift could not reach. They say they decided to call for a ladder truck to make the rescue.
Firefighters say the men were on the ground about 30 minutes after the initial call came in.
Firefighters say rescue crews had to perform CPR on one of the men. They say he suffered a traumatic head injury and went into cardiac arrest. He was later pronounced dead at the hospital.
Firefighters say the other man was alert when he was pulled down. He was taken to the hospital in fair condition.
Rescue crews say the men fell on one of the highest sections of the Sky Ride. That section is about 90 feet off the ground.
Tulsa police are now investigating what caused the crash. They are documenting every inch of the equipment.
Expo Square released a statement regarding the incident:
"An accident occurred on Saturday morning during routine maintenance of the Sky Ride. The incident involved the work platform, which is utilized to service and inspect the ride components. The Sky Ride was not in operation during the time of the incident, and did not involve any patrons or Ride Gondolas. The accident involved two workers employed by DMC Tulsa, LLC (DMC), an Oklahoma limited liability company with its business offices located in Wisconsin, and is the current Sky Ride Lessee and Operator. Tulsa County Public Facilities Authority (TCPFA) and DMC, are working in full cooperation with public safety officials. Our thoughts and prayers are with the families at this time."

You're editing this
image.jpeg711 KB