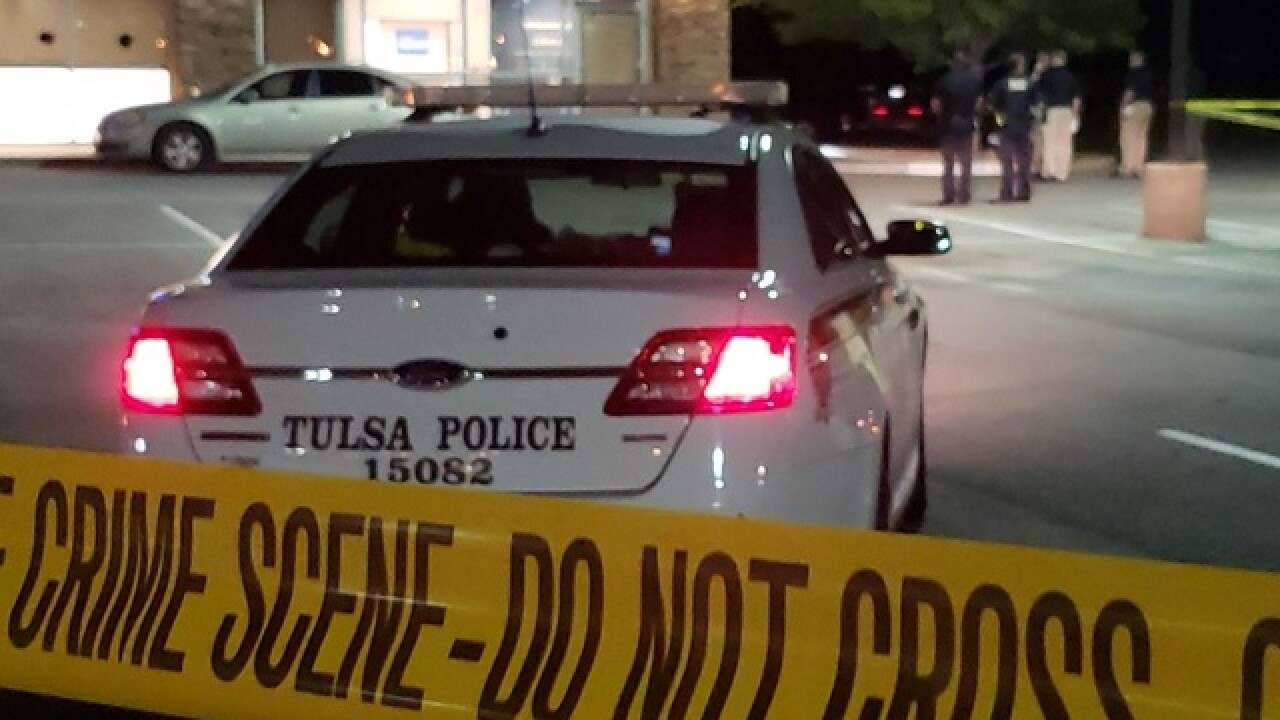 Officers responded to the scene near East Skelley Drive and South Hudson Place just before 11 p.m. Wednesday. The shopping center contains the Midtown Best Buy store, but the bodies were found near a dialysis center.

The victims were identified as 61-year-old Keith Williams and 53-year-old Glenn Williams, both from Muskogee.

Police say the brothers supervised cleaning crews that worked at various businesses in the area. They had been called to the scene by one of the cleaning crews in order to check out a suspicious vehicle parked nearby.

The people in that vehicle reportedly opened fire on the brothers and fled from the scene.

Detectives are interviewing people who were in the area, but have not been able to provide suspect information.