1 dies, 1 in critical condition after being electrocuted in Bricktown canal in Oklahoma City 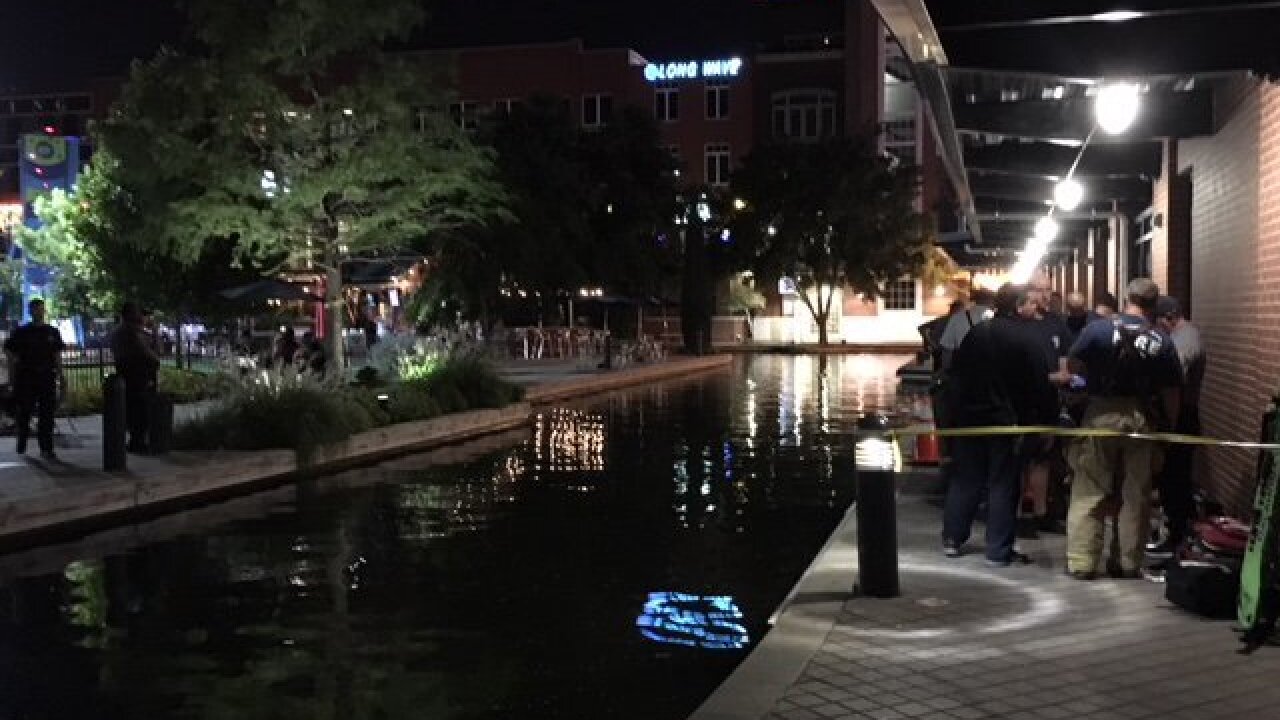 OKLAHOMA CITY -- One man is dead and another is in critical condition after they were electrocuted in the Bricktown canal Sunday night in Oklahoma City.

Fire crews responded to the canal in the 100 block of South Mickey Mantle Drive just after 8 p.m. Sunday.

Oklahoma City Fire officials said a man fell into the canal, and when he tried to get out, a light pedestal near the canal broke, which is what electrocuted him.

The man who died was identified as Wesley Seely, 23, according to KFOR.

Officials said a second man who jumped in to help was also electrocuted. He is in critical condition.