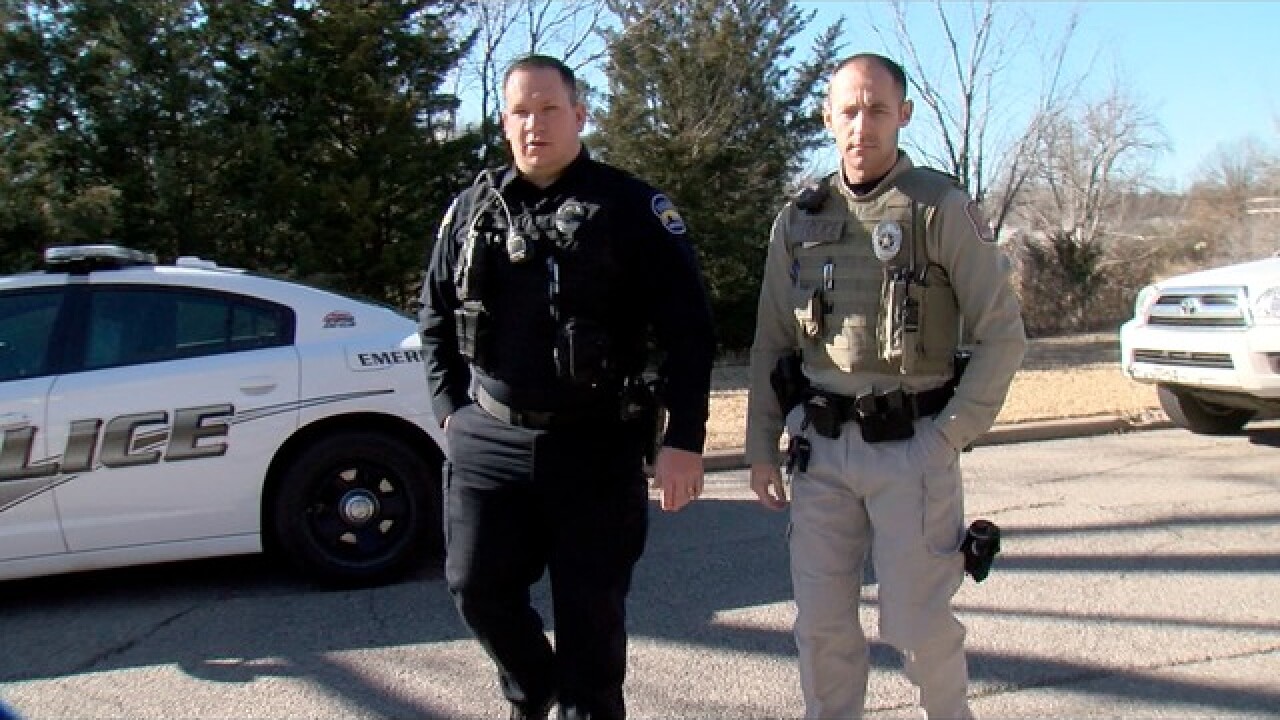 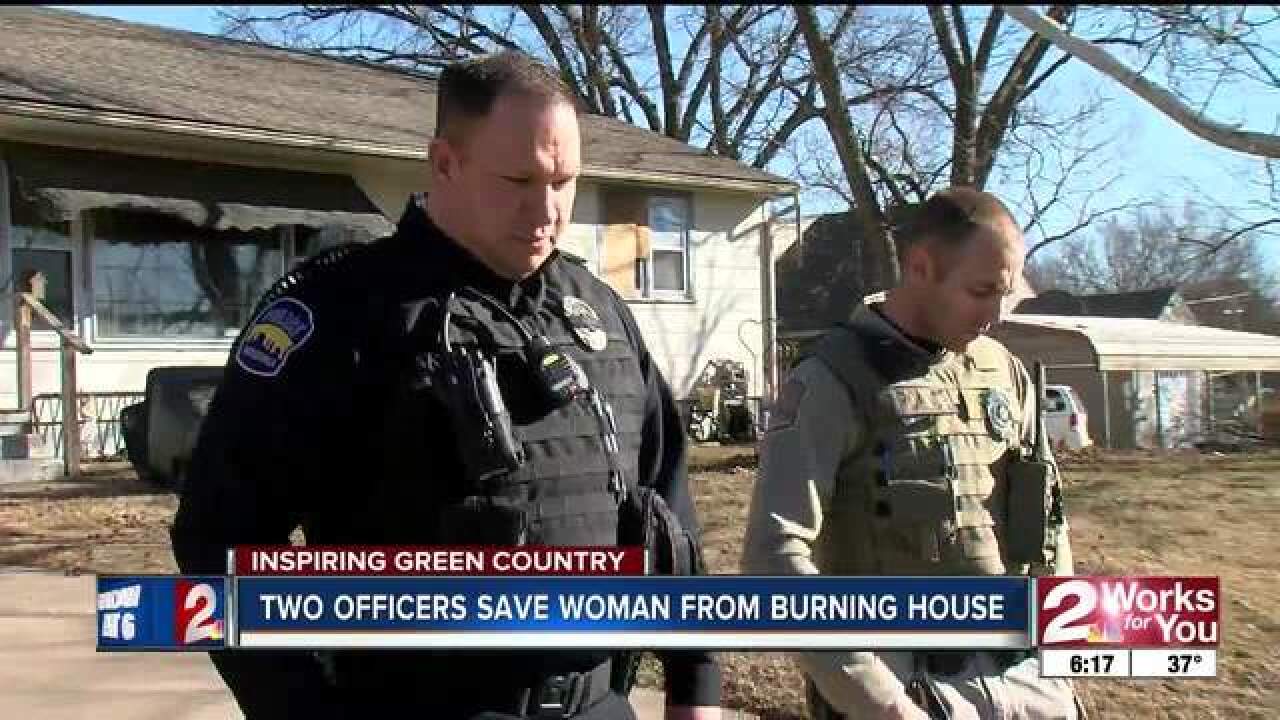 BARTLESVILLE, Okla. -- A woman survived a house fire thanks to a pair of quick-thinking officers.

During the early morning hours of Dec. 28, Officers Brandon Meyer and Steven Silver heard a call come over the scanner about a house fire with a woman possibly trapped inside.

"When we heard that," Meyer said, "it really got our blood flowing, and we wanted to get there as fast as we could to help her."

They arrived about two minutes after the initial call. They saw a woman sitting on the front porch and heavy smoke pouring out the front door. Another woman had not made it out yet, so the two officers did not hesitate to run inside and rescue her.

"It was just overwhelming smoke," Meyer said. "It was all the way to the floor (and) pitch black."

"The only words that were really said," Silver added, "were 'stay low' and 'stay together' until we got to her."

The two found an elderly woman inside unconscious and started pulling her to safety.

"That's when she came to," Meyer said. "She asked if the fire is that bad. That's when we told her the smoke will kill you far before the fire."

They said the woman seemed startled when she realized who saved her.

"She was like, 'Well, where's the fire department?'" Silver said. "I said, 'We drive faster than they do.'"

The woman went to the hospital with second degree burns to her arm. The officers have not spoken to her since the fire, but they realize their teamwork kept her alive.

"We know each other. We know what the other one's going to do, kind of," Meyer said. "I couldn't ask for a better partner that night."

The Bartlesville Police Department has now recommended the two officers for its life-saving award. As most would expect, Meyer and Silver do not see the heroic actions they took that night as anything other than just doing their jobs.

"I don't necessarily consider ourselves a hero, more like police officers just doing what we do," Silver said.

"I don't know who defines hero," Meyer added, "but I'm just glad we were able to help."

The night of the fire, both officers went back to work after getting checked out at the hospital. They're now working the streets again, knowing that they truly can protect and serve no matter kind of call comes next.