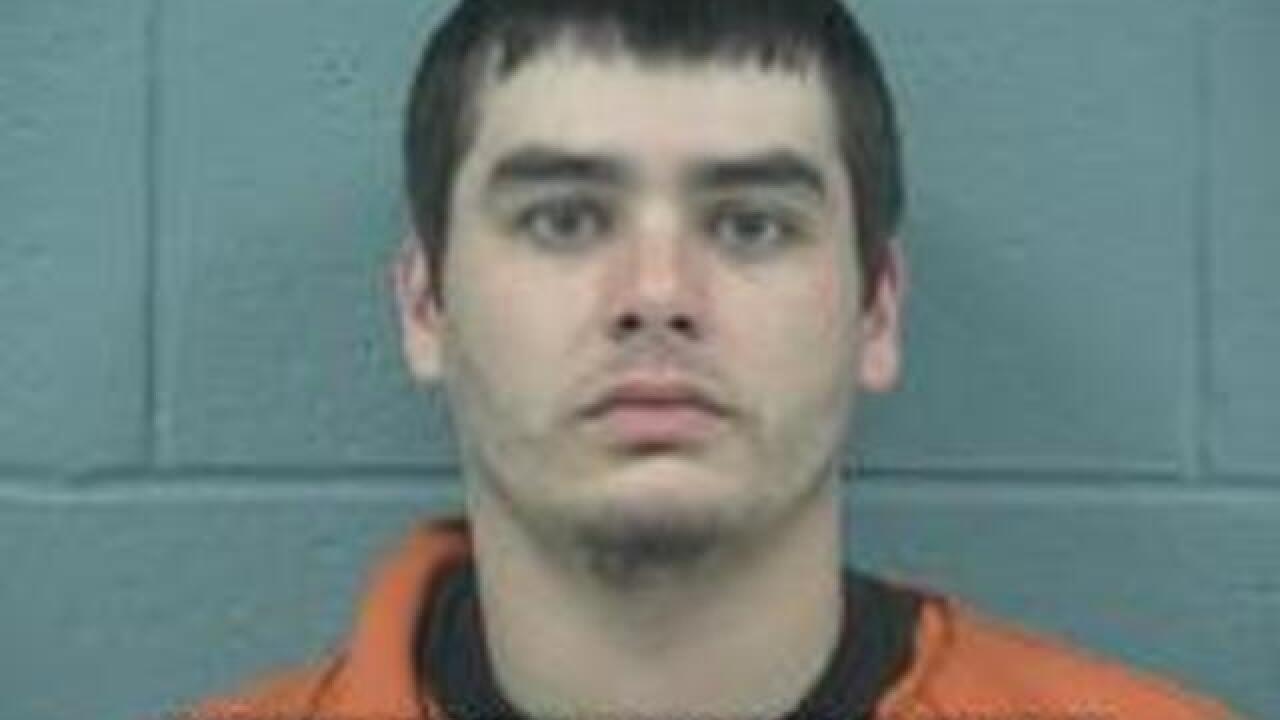 CLAREMORE, Okla. -- Two people have been arrested after a standoff in Claremore on Friday.

Claremore Police say two young men barricaded themselves inside a home with the items they had stolen from neighbors.

Tanner Martin, who was one of those neighbors, came out to find his driver's side window shattered.

“It’s crazy I didn’t use to do that when I was a kid," Martin said. "They just don't have respect for people's property. It’s sad I guess, but what can you do.”

Police say both individuals fled to a house and refused to come out.

Officers set up a perimeter and eventually, the juvenile surrendered.

Officers said they found a stolen firearm in his possession.

Blue stayed inside, so police shot pepper balls through the front window.

Other victims have come forward. More than $2,000 worth of electronics were taken from one person home.

Blue had a felony warrant for his arrest out of Rogers County and Claremore police say he will face a stolen property charge.

The juvenile faces a stolen firearm charge — and possibly more.