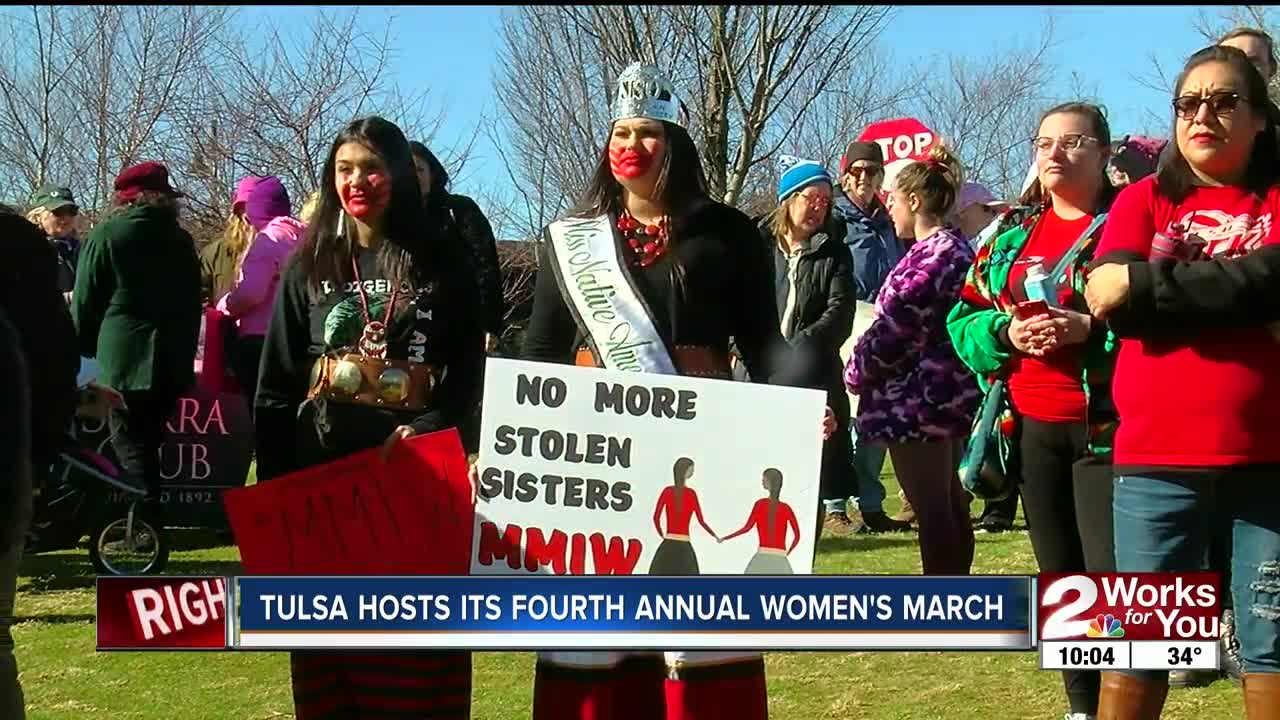 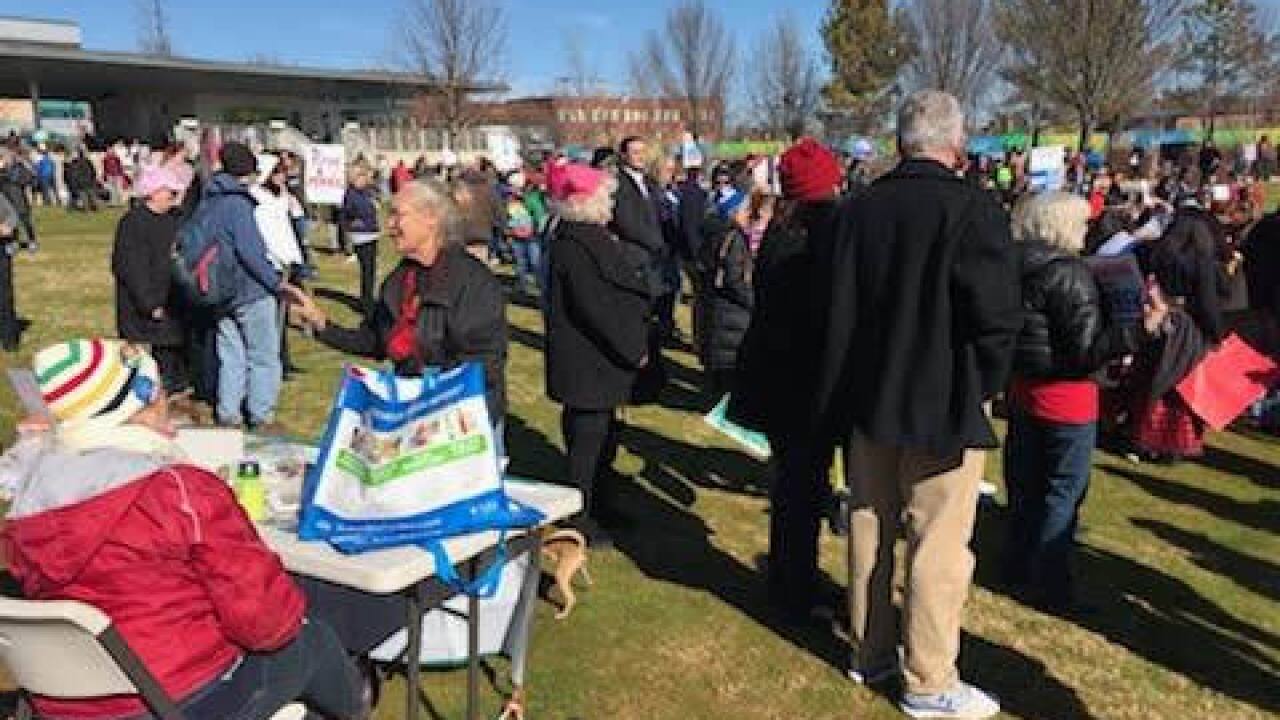 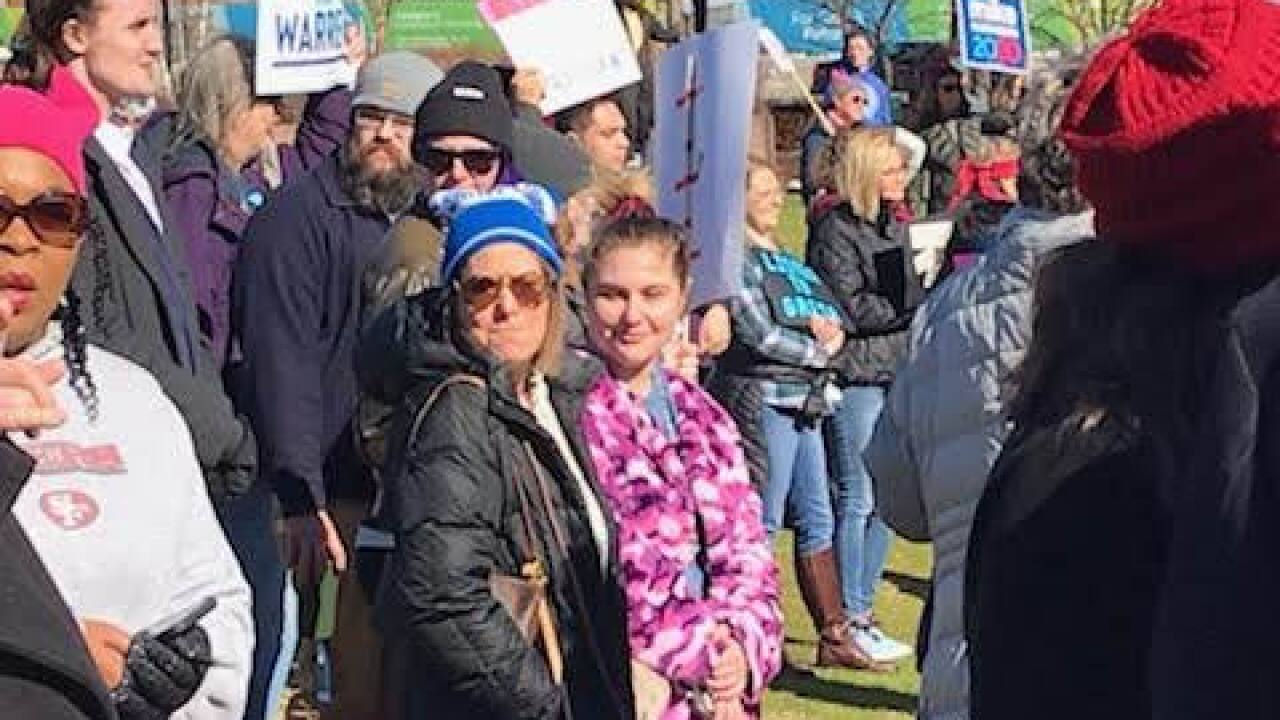 The march was to commemorate the years of people fighting for women's rights, worker rights, and child care to name a few.

Kim Curtis, is a Tulsa resident and a mother of three. This was her first time coming downtown to rally for positive change.

Curtis tells us she's most passionate about learning more about others and their struggles, so she can better understand people everywhere.

“I really just wanted to be a part of having a voice. Being in a community for change", Curtis says, "I feel really passionate about women, and people in general and bringing equality, change, and a voice to what needs to be heard.”

Curtis tells us this is an event she hopes she can attend every year, and she says she believes in being more vulnerable to other's passions.

Ashley Ignacio tells us she experienced her first women's march today in downtown Tulsa, but expressed concerns for her tribal members.

"It's just a huge epidemic that affects all tribes," Ignacio said.

She says she's fighting for a cause she believes is underrepresented in the media.

"We fell like the justice system can do better," Ignacio said. "The only way they can do better is if people are aware. But if nothing is being done, then you know the tribal police need help."

She says Indigenous people are going missing, and she believes nothing is being done about it.

But Ashley was just one of many at the march, fighting for multiple causes.

"We've come to the women's march since it's inception and I really believe that we need to get out and vote," Penny Painter said. "To make sure people are involved.

Penny brought her granddaughter to the march for her first time.

"We want to start her off and make her get involved in everything that makes a difference," Penny said.

And for people like Kim Curtis, it's about the history.

"The pain, the violence, the things that have happened in the past can propel us to make changes right where we are. With the people who are like us and who are different from us."