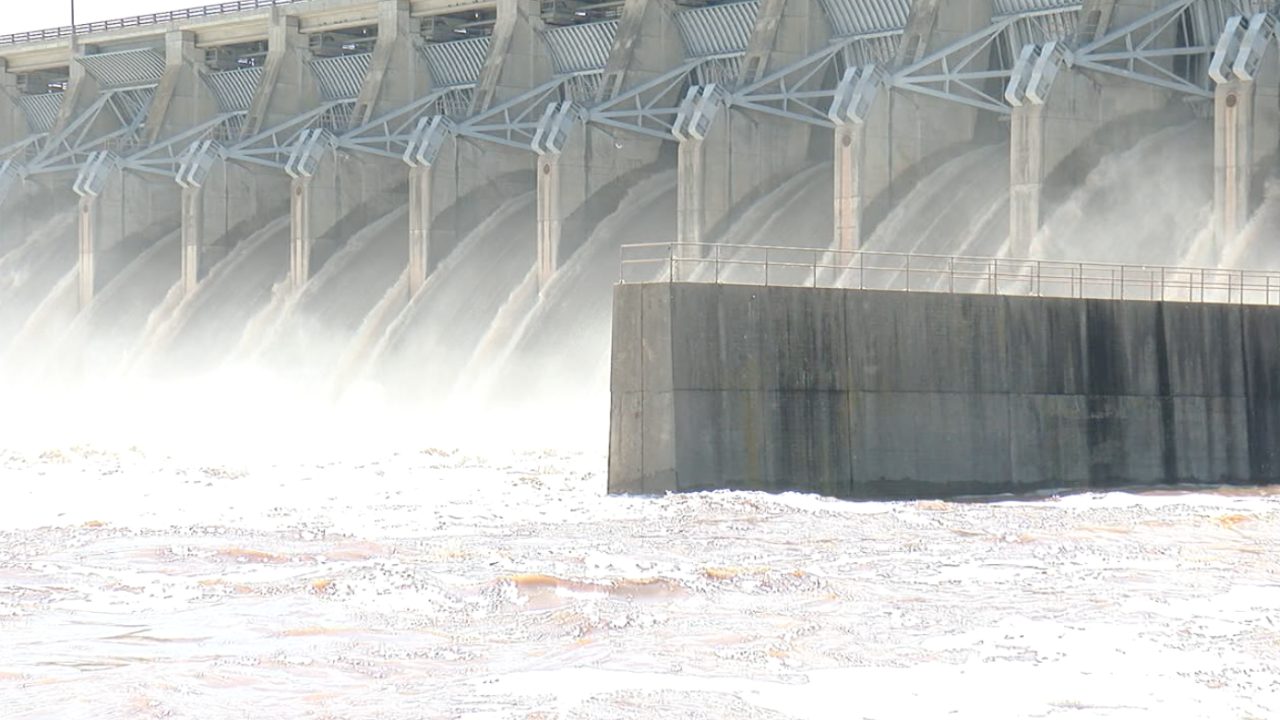 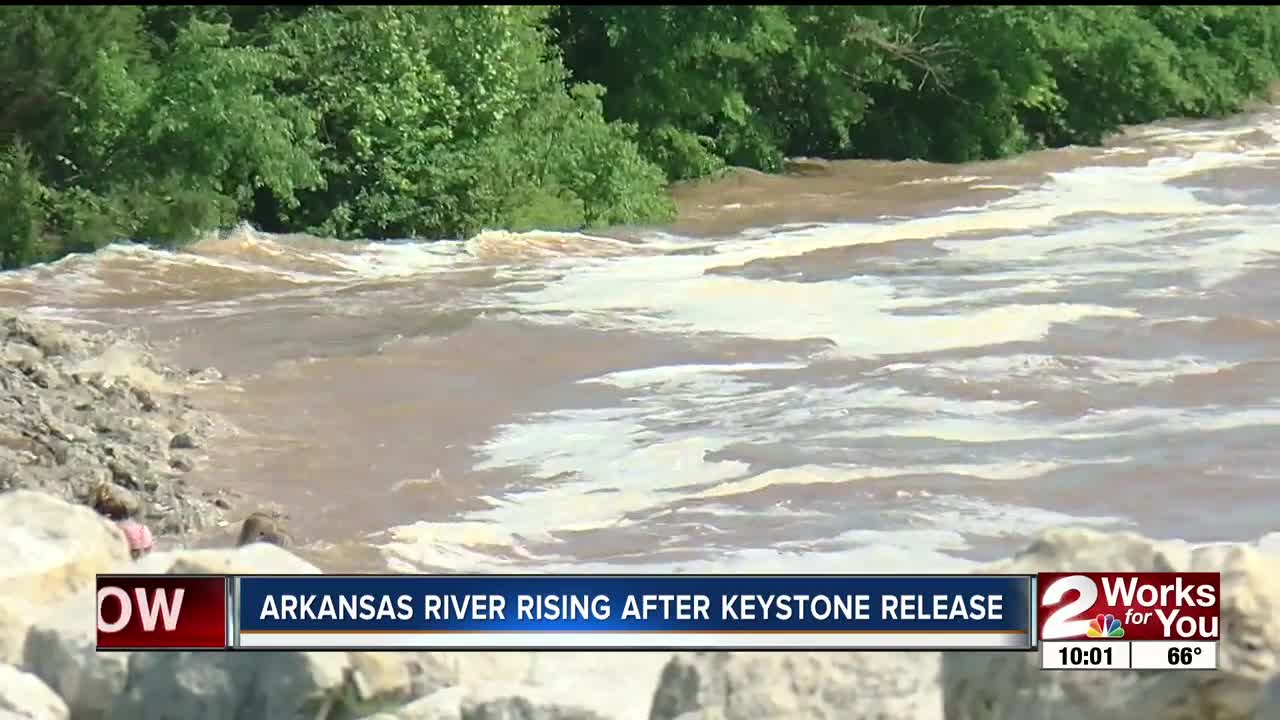 SAND SPRINGS, Okla. -- People across Green Country are flocking to the Arkansas River to see what has become somewhat of a spectacle after an enormous amount of water is released from Oklahoma dams.

"I’m not too worried about it but you have to be concerned because that’s a lot of water," said Gary Buscombe, a Tulsa resident visiting the Keystone Dam.

The Tulsa district of the Army Corps of Engineers opened the Keystone Dam Monday at 8 a.m. releasing 85,000 cubic feet of water per second, which was increased to 100,000 cfs around 4 p.m.

The rushing waters outside the Keystone Dam became photo opportunities for families, and a feeding frenzy for fishermen.

"Heard about all the water going over the top of the dam all over the news, so came to look at it, doesn’t happen very often," said John Birdsell, who drove to the Keystone Dam from Edmond with his family.

"It’s just incredible to see this dam, and it’s amazing I've never seen it like this and I’ve lived here for years," said Laura Lorrin, who was visiting the Keystone Dam.

Many lakeside restaurants are already feeling the impact form the flooding.

"We were going to go out to eat at the restaurant and it was completely flooded," said Lorrin.

Others are doing what they can to keep their business open.

"The ramp has water on it, but Travis has a pontoon boat and we’re shuttling people from the parking area over to the restaurant," said Misty Tharp, General Manager of Harbor Grill.

Officials with the Army Corps of Engineers say many of their campgrounds are under water, so those looking for spots for Memorial Day Weekend should prepare to search for different options.

"They closed the walking trail down to it because the shoreline is all under water with the trees," said Buscombe.

Officials urge those on or near lakes to be cautious of the debris in the water, and don't go near any flooded areas.