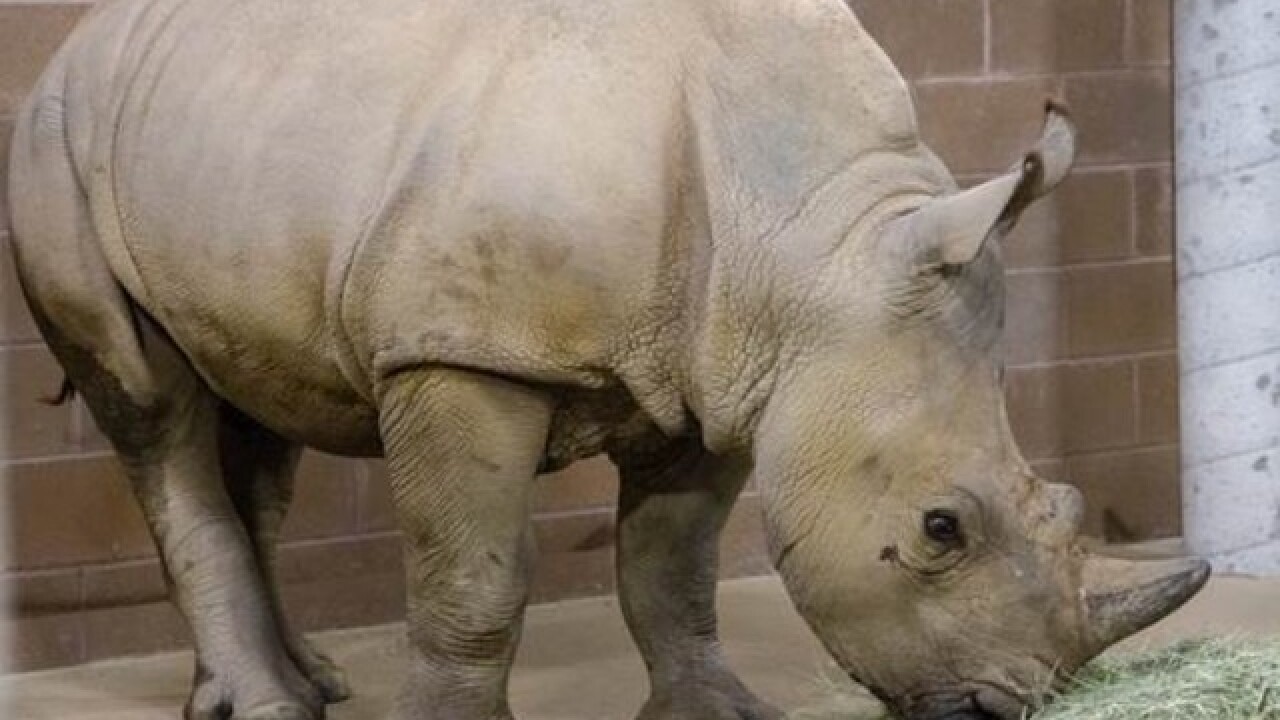 The Tulsa Zoo announced Friday that they are welcoming Rudo the Southern white rhino.

For the next few weeks, Rudo will spend time at the Mary K. Chapman Rhino Reserve and then will be introduced to Jeannie, their 38-year-old female Southern white rhino, the zoo said in a statement.

“The Mary K. Chapman Rhino Reserve was designed to hold new animals before they transition onto the main outdoor, multispecies habitat,” said Zoological Curator-Mammals Jordan Piha. “We have an increased flexibility to section off parts of the nearly 7,000-square-foot barn to accommodate animals at different times, to monitor their health and well-being before introducing them to the exhibit and its current residents, including our female rhino, Jeannie.”

Rudo and Jeannie, the zoo said, are important ambassadors to their species and they will eventually mate.

"An estimated 20,000 white rhinoceroses remain in the wild, but the populations of all five rhinoceros species continue to dwindle at an alarming rate due to poaching," the zoo said. "The Tulsa Zoo supports the International Rhino Foundation’s operation, Stop Poaching Now [rhinos.org], which works to stop poachers while reducing the supply and demand of rhinoceros horns."