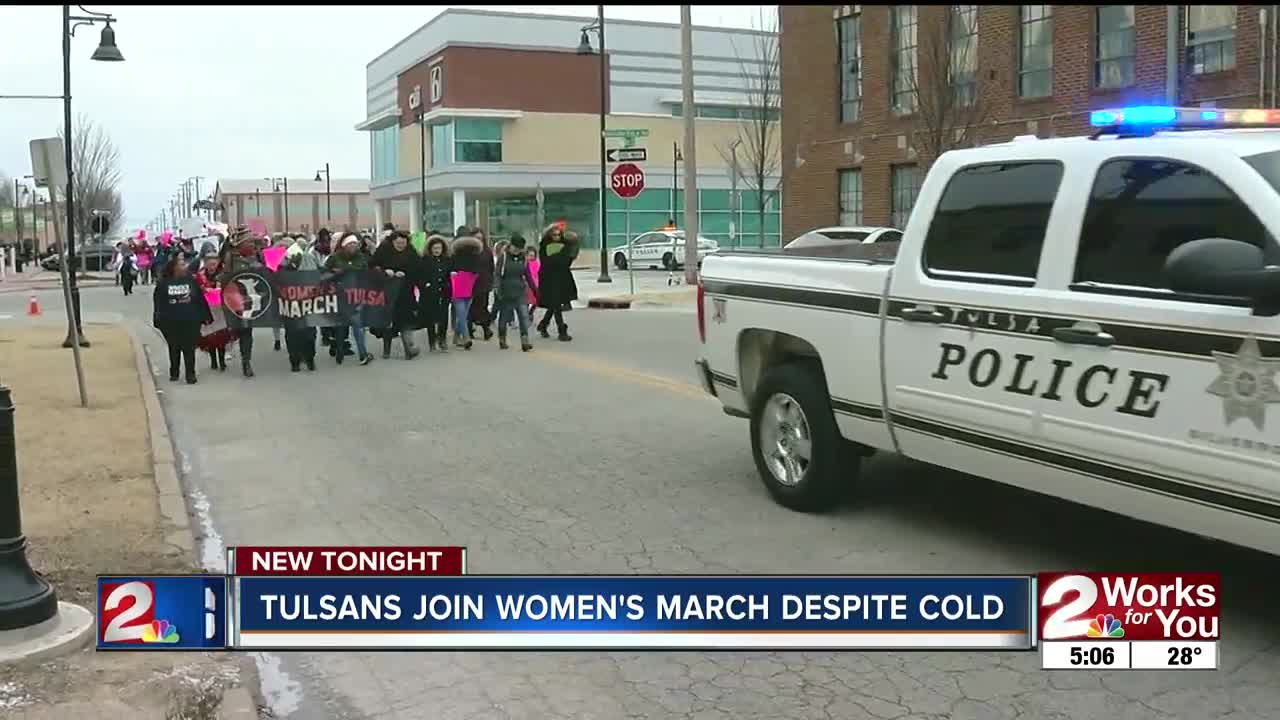 The march had to move inside because it was too cold outside, but organizers called the march a huge success, especially considering they didn’t know if it would get off the ground just a couple weeks ago.

Security initially estimated a turnout of around 600 people. The march went from Guthrie Green to Living Arts of Tulsa, with demonstrators braving 30-degree temperatures - before the wind chill.

"We march for women’s rights altogether," Organizer Crystal Ifekoya said. "We all play an intricate part in building our communities and building our nation. And it takes a nation - a nation undivided so we can accomplish the goals we need to get to."

Organizers Crystal Ifekoya and Lee Ann Crosby said they were overjoyed with the turnout. Just over two weeks before the march, past organizers said they wouldn’t be able to put together a 2019 demonstration.

Female ambassadors brought 15 to 25 people each to march with them for their cause of choice. Ifekoya and Crosby both hope to begin planning well in advance next year, but say they appreciate all the help of everyone who came together to make the 2019 march a reality.