Tulsa woman worried about return from quarantine in Italy 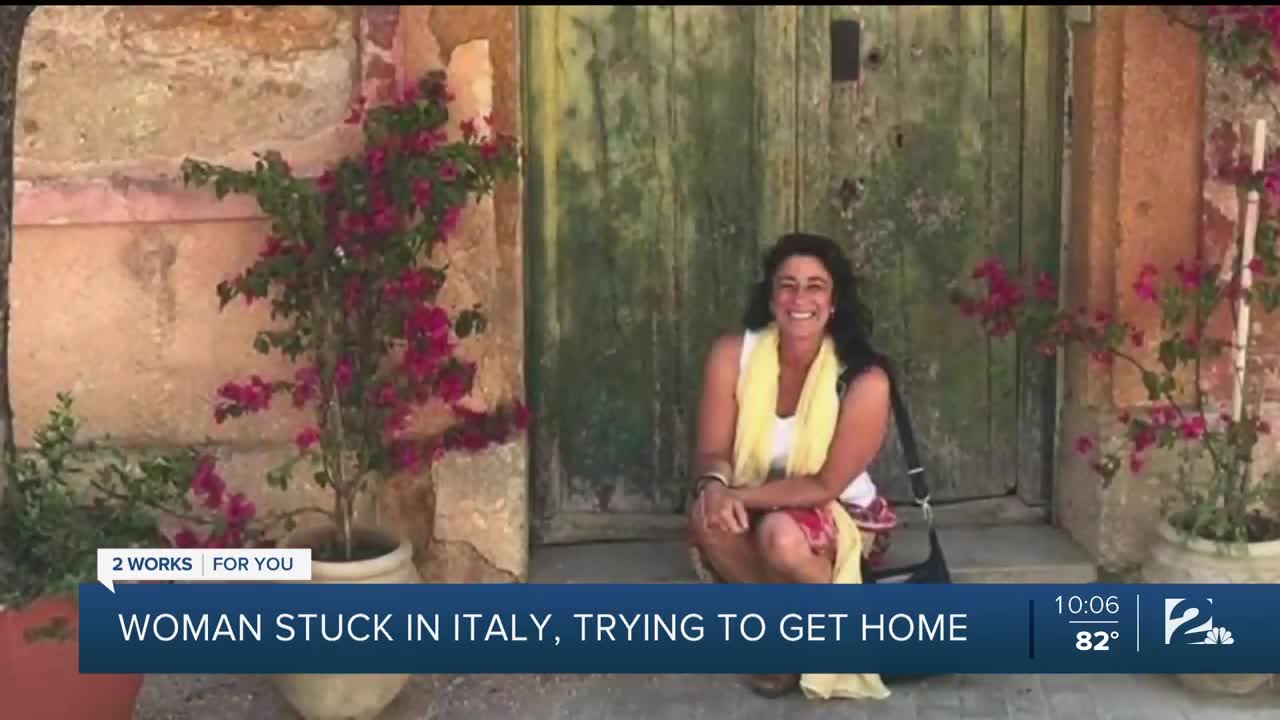 Tulsa woman stuck in Italy, trying to get home

TULSA, Okla. — When Jan Peppler arrived in Italy on March 4, she was expecting a six-week vacation. Now, three and a half months later, she’s still there and is staying in a town on Sicily.

We last spoke with Peppler during Italy’s lockdown in early April. Since then, it has slowly opened up. Peppler said she’s finally able to get out and explore towns around her, but many are still being cautious.

Peppler’s next hurdle is trying to get home to Tulsa. She originally stayed in Italy feeling it was safer and she was unable to make her return flight. Now, she has a flight home booked for July 1. However, she’s worried about what will happen when she leaves. Tourists are only allowed to stay in the country for 90 days and she’s overstayed that.

“I really think that Italy never considered that there would be Americans, or perhaps any foreigners, that would have stayed in the country during the lockdown," she said.

Peppler reached out to the U.S. Embassy for answers regarding an extension and received no response. So, she reached out to local authorities who said they didn’t know what would happen.

“I finally got on the phone with somebody from the U.S. Consulate and, I have to admit that by this time, I was in a panic," Peppler said.

The U.S. Consulate in Naples first told her visas are extended until Aug. 31. Then, they told her that might not apply to her tourist visa. It’s only for work visas.

We also reached out to the Consulate in Naples. It told us “Unfortunately, extension of Schengen visas does not fall within the purview of American Consulates and Embassies abroad.”

One of the penalties for overstaying your visa is a ban from the country for a certain number of years. Something Peppler is worried will happen when she goes through customs to return home.

“When I say yes, but I spoke to the consulate and I talked to the local authorities and I was told that I could stay until Aug. 31 that the customs people say no," she said.

In the meantime, Peppler is hoping to enjoy her last two weeks in Italy. She originally traveled there to work on her book about home and where you find it. She said she ended up finding home in an unlikely place during an unpredictable time.

“In some way, there’s this new connection and friendship and a sense of camaraderie in this unprecedented time in history. So yes, I absolutely want to come back," she said.