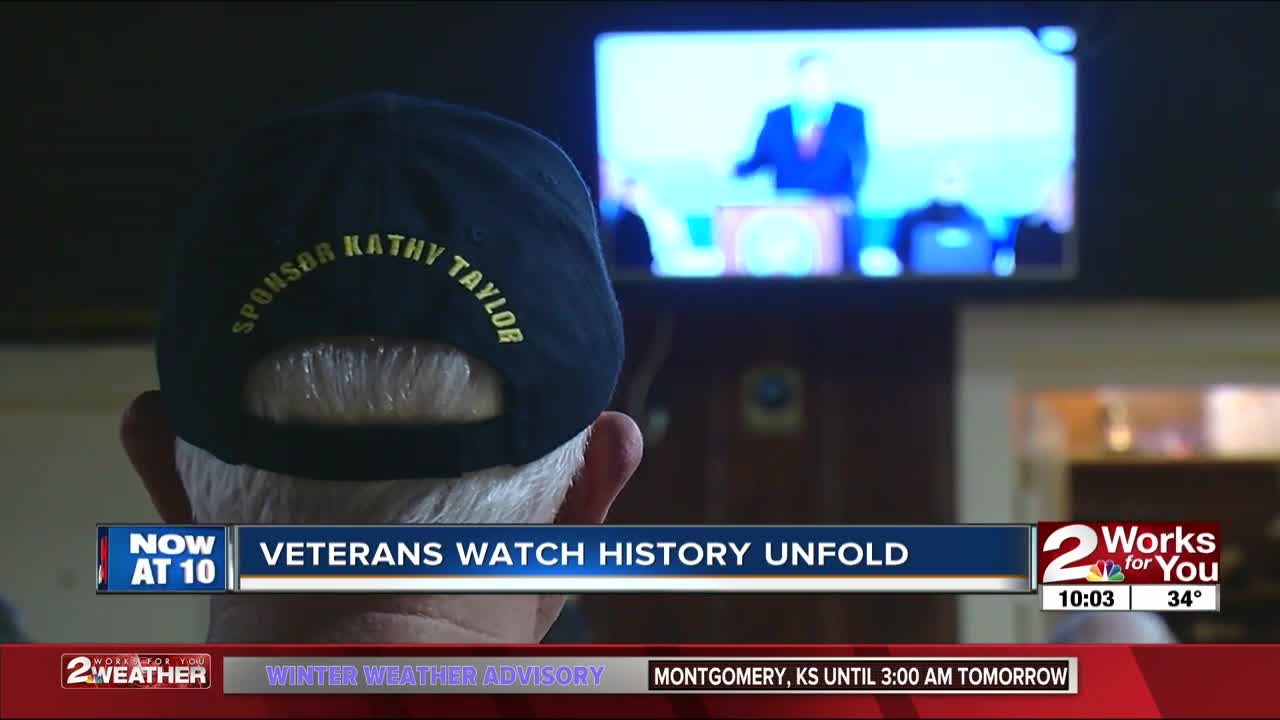 TULSA, OK (KJRH) — Tulsa is back in the Navy once again for the first time in more than 70 years. It was an emotional day back home in Tulsa, as veterans gathered to watch the commissioning ceremony on a live stream from San Francisco.

"How many of us sailors that go to these things have ships named after our city?" Navy veteran Donald Hayden Jr. asked when talking about the city of Tulsa once again joining the Navy. "Not that many. So I like that; it’s great. That rings a bell.”

Hayden served in the Navy for four years - from 1960 to 1964. The last time Tulsa had a namesake ship was nearly two decades before his service - in 1946.

He watched the ceremony alongside fellow veterans and their families, eyes locked on the screen. He mouthed the words to Anchors Aweigh and The Star Spangled Banner, and got emotional when reflecting on the events of the day.

"Sometimes when they play The Star Spangled Banner at a football game, that’s just okay," Hayden said. "But when they do it in this kind of setting, I get overcome. It just brings a tear.”

The ceremony itself lasted about an hour. Watching the new ship being boarded by her crew reminded Hayden of his Navy days, and he wishes the best to those sailors with all new adventures ahead of them.

Speakers at the ceremony reflected on Tulsa’s history and its place in the U.S. The veterans back home found it fitting to once again have the city’s name represented in the Navy, and wish the new crew "fair winds and following seas".