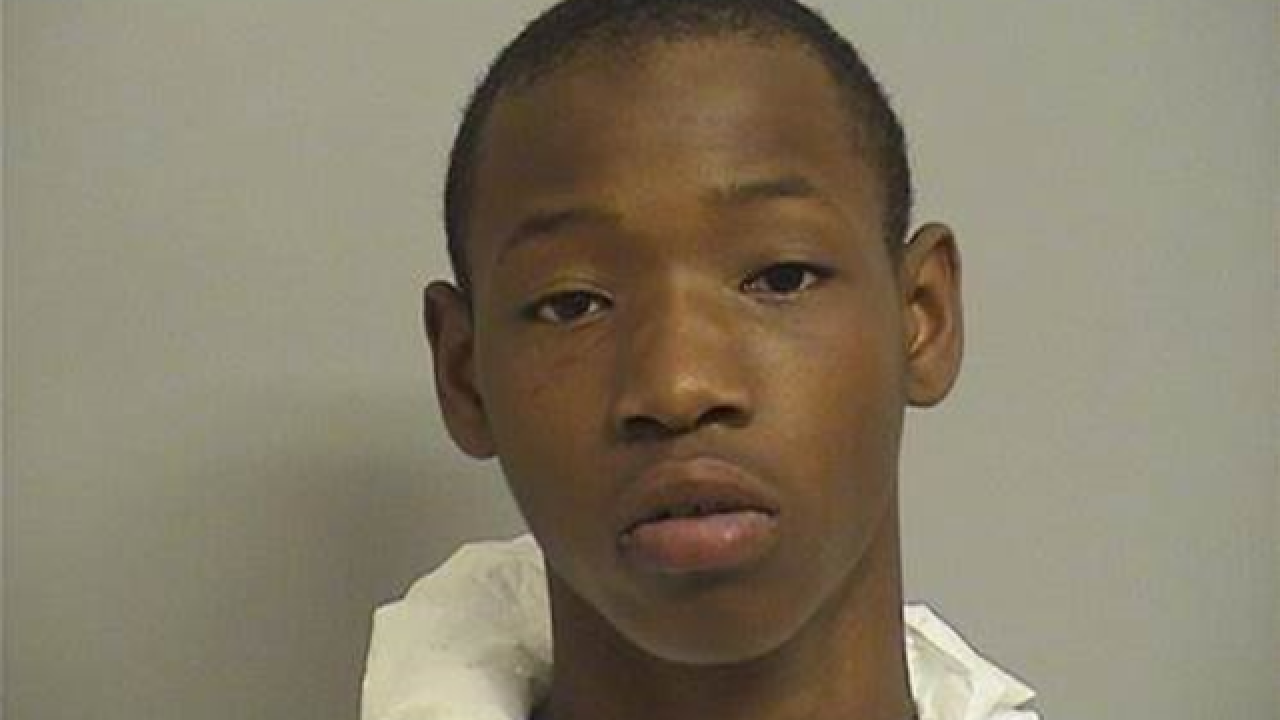 TULSA, Okla. (AP) -- The Latest on a Tulsa teenager accused of fatally shooting a man in front of his children and raping an 81-year-old woman during a series of crimes committed on Sunday (all times local):

A Tulsa teenager accused of fatally shooting a man and raping an 81-year-old woman has been formally charged as an adult in connection with the attacks.

Sixteen-year-old Deonte James Green was charged Friday with 17 counts connected to series of crimes on Sunday, including first-degree murder, rape, kidnapping and robbery. He remains jailed in Tulsa County.

The Tulsa World reported Green had previously been booked into the Tulsa Jail on Sept. 22 for several property crimes and released just three days before the attacks.

Police say Green broke into a couple's south Tulsa residence on Sunday, robbed them and sexually assaulted the woman.

After leaving the residence, police say he approached a woman and her two daughters with a gun and forced them inside his home, where he shot and killed her husband in front of the couple's children.

A Tulsa teenager accused of fatally shooting a man and raping an 81-year-old woman had been released from jail just three days before the attacks.

The Tulsa World reported the teen had been booked into the Tulsa Jail on Sept. 22 for several property crimes.

Juvenile proceedings are typically closed to the public. The newspaper obtained a copy of the teen's earlier arrest report because it was filed for consideration as a youthful offender case, which allows the state to levy harsher penalties for serious offenses.

The Tulsa County District Attorney's Office declined youthful offender prosecution in the previous case in favor of sending it to the juvenile bureau.