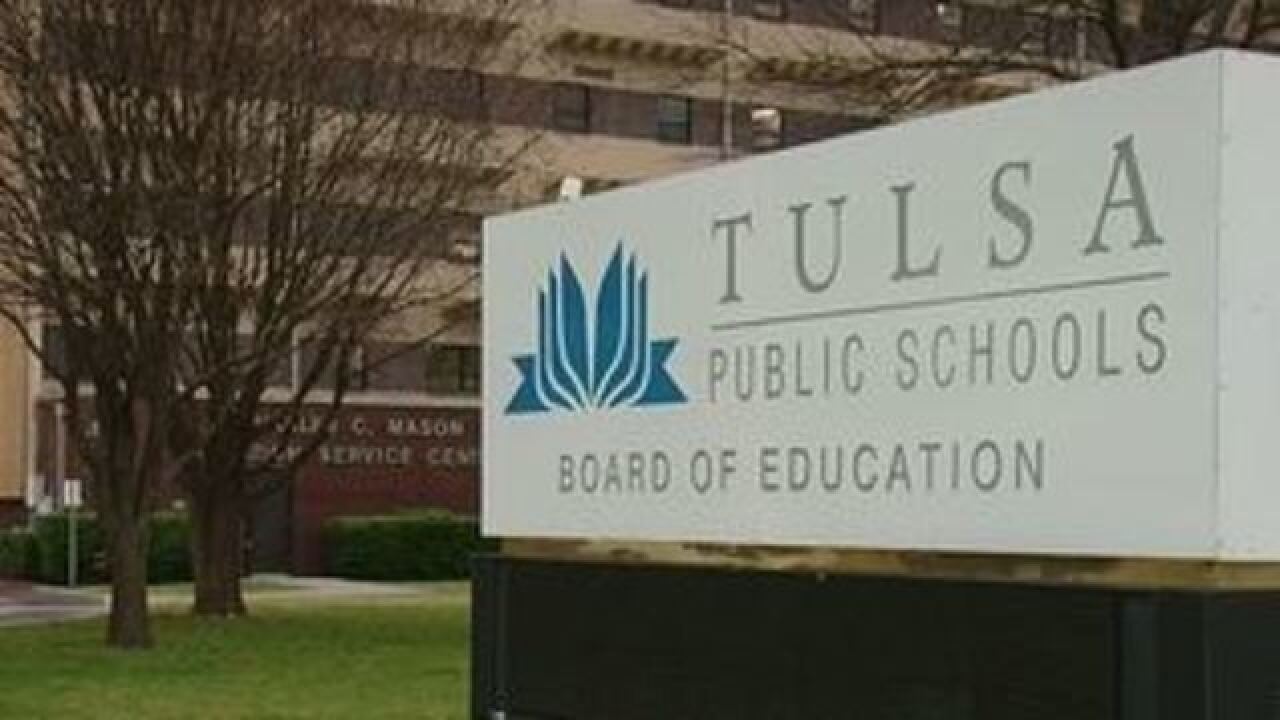 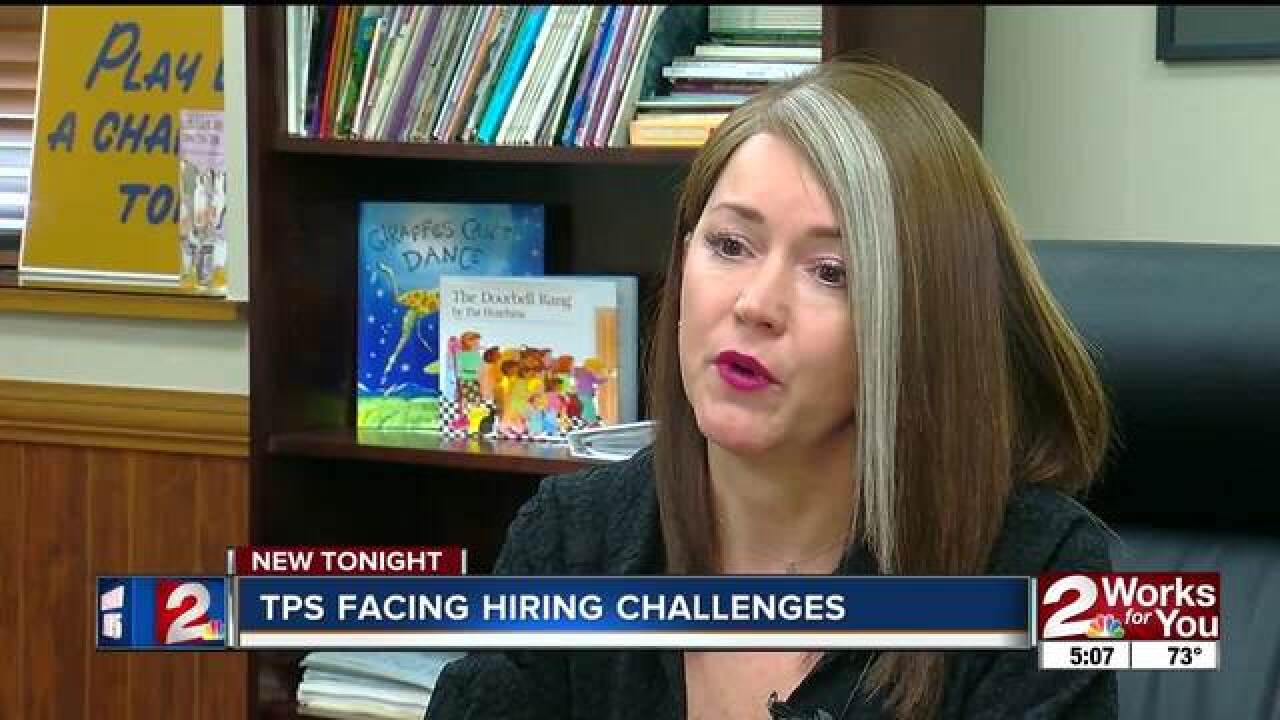 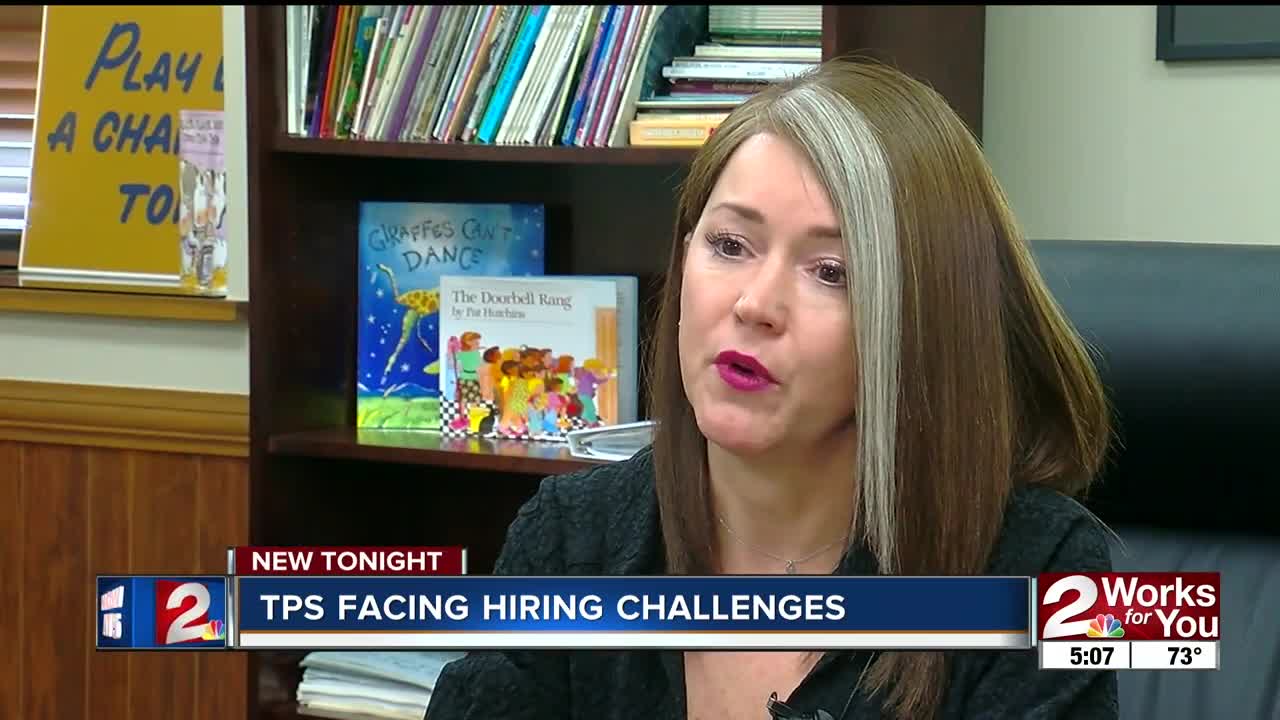 But multiple teachers tell 2 Works for You by the summer they expect that number to be closer to 600, and the district is looking to tackle hiring before the school year ends.

For the first time in years the superintendent is setting a deadline 18 days before the state's June 19th cutoff for signatures.

"They're looking for jobs in other districts. If the other district does not get back to me until the day after the deadline to rescind my resignation with this one... that's an issue," Tulsa Classroom Teacher's Association Vice President Shawna Mott-Wright said.

At this point applications for TPS are up 40 percent compared to this time last year, but Deborah Gist said this could drastically change in the weeks ahead.

"Even with the state raise which would have given Tulsa teachers a starting salary of 38,000 which is significantly more than the 33 we were paying them before, it's still more than $10,000 less than what they can make in Texas," Gist said.

The district will take signatures by June 15th at the latest. With a supreme court hearing regarding teacher pay raises expected before that date, the superintendent is pushing for signatures by the first.

"We have some uncertainty that's been brought into that with an effort by a small number of people to pull that back. Unfortunately that has the potential to get us off track again," Gist said.

Mott-Wright fears the new deadline could actually cause more teachers to resign.

"I've had a few call in, quite a few call in and say, so they think they're going to force me to do XYZ? Ok. I was thinking about it, now I'm definitely leaving," she said.

The biggest need is for special education, math, and science teachers. The next hiring fair will be at Rogers College Jr. and Senior High School on June 7th.