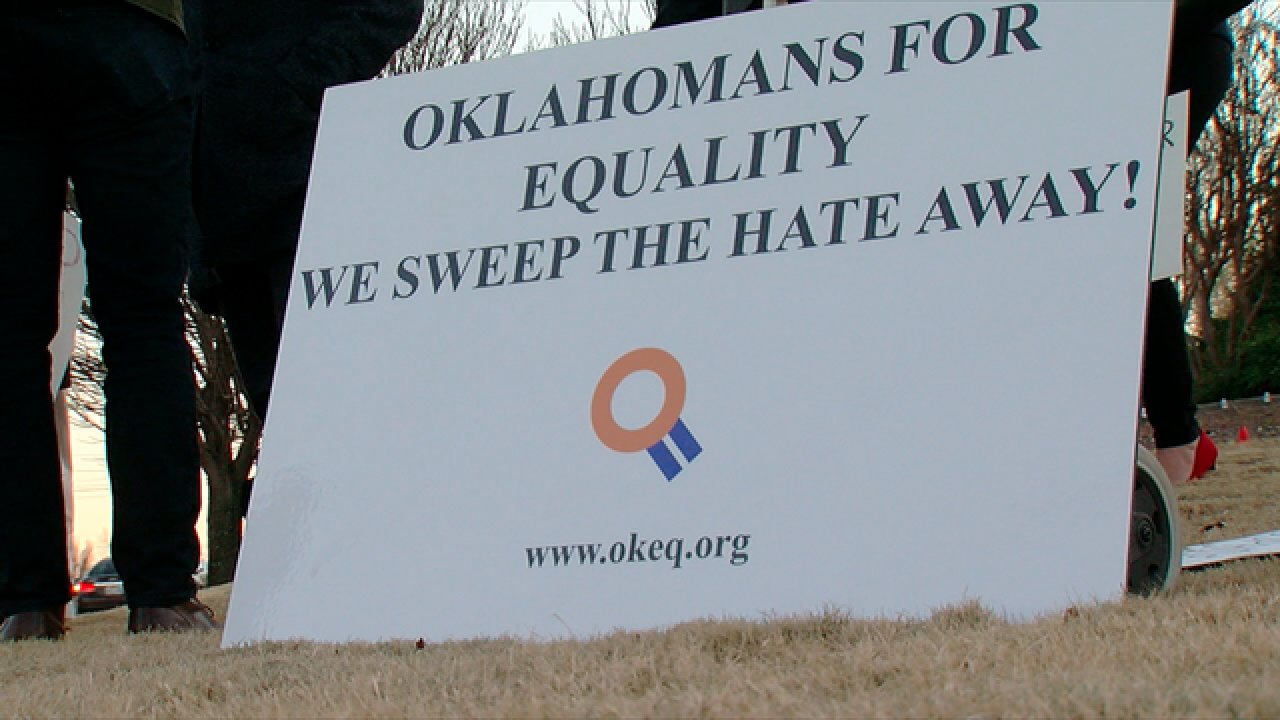 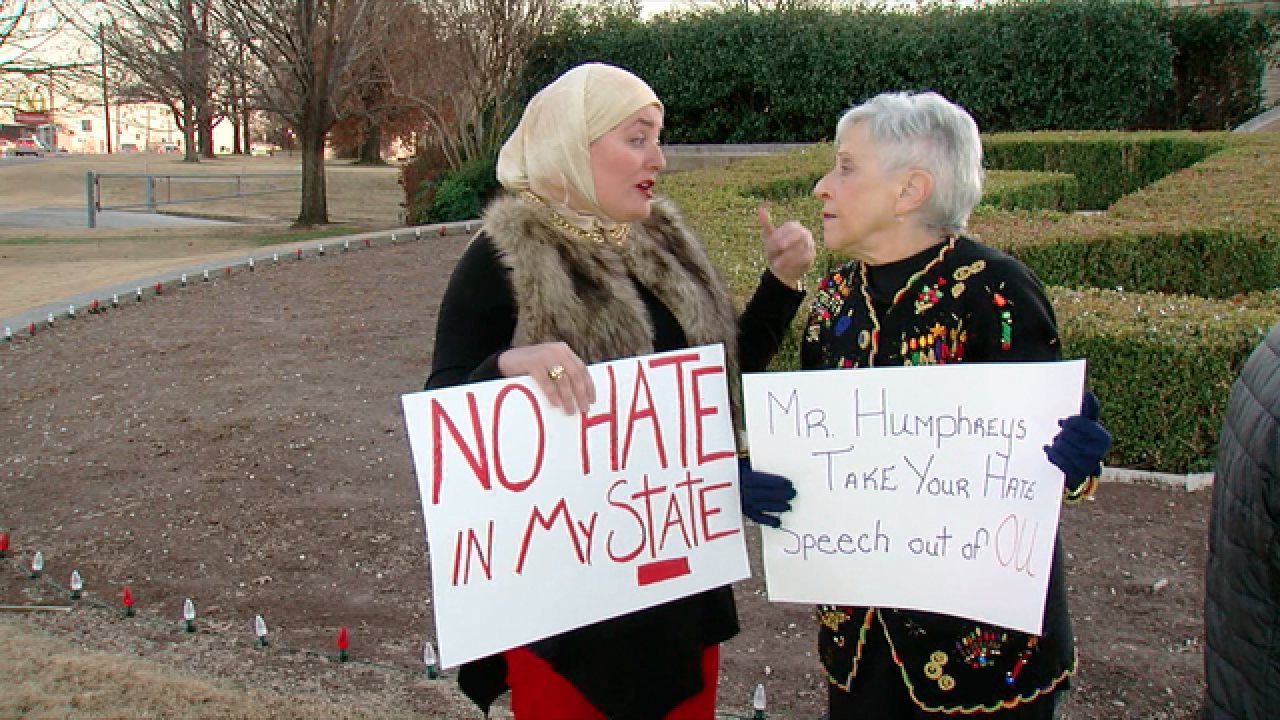 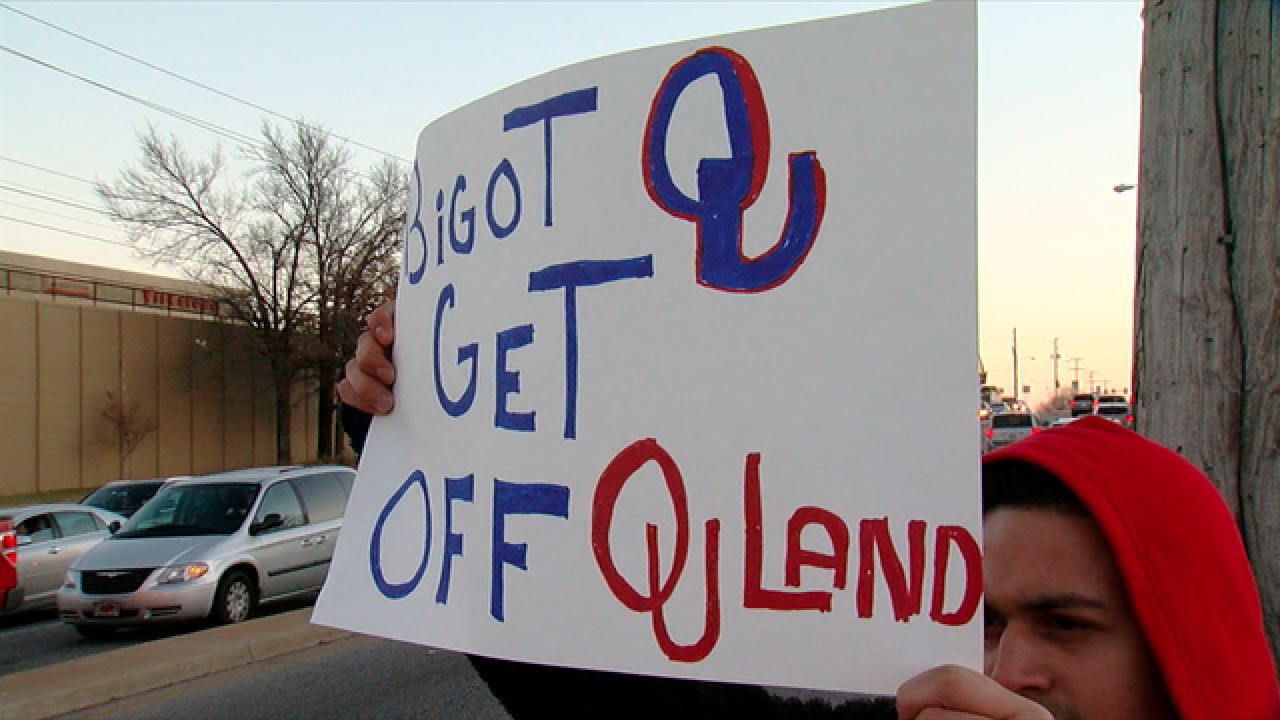 TULSA -- The University of Oklahoma board of regents met Tuesday afternoon amid controversy surrounding one of its members.

Regent Kirk Humphreys, a former Oklahoma City mayor, is facing a growing amount of criticism for a comment he made comparing homosexuality to pedophilia.

The comment sparked outrage. Toby Jenkins, the executive director of Oklahomans for Equality in Tulsa, called it "disprectful" and "shameful."

"This man will be responsible for selecting the next president of the University of Oklahoma," Jenkins said. "He is not in a position to be able to reasonably evaluate what the best fit for the university system is in Oklahoma, and we think he needs to step down, step aside and resign."

Several student and alumni groups called for Humphreys' resignation. An online petition on Change.org has garnered hundreds of signatures since it was launched.

About two dozen protestors gathered Tuesday evening in front of the OU campus in Tulsa to call for Humphrey's resignation and to oppose his comments.

University leaders expressed their disapproval, too, including OU President David Boren. He released the following statement: "Regent Humphreys was speaking as an individual and not on behalf of the university or me. I do not share his views on this matter. The university strongly reaffirms and takes great pride in its commitment to a welcoming, diverse and inclusive community which respects people of all backgrounds. We value and respect all members of our university family."

In a written statement, Humphreys offered an apology. He wrote, "I regret that my comments on FlashPoint regarding homosexuality were not clear and led some people to believe that I was equating homosexuality with pedophilia. That was not intention or desire. I apologize for my lack of clarity and realize this has resulted in a strong reaction by some and has hurt people's feelings."

He added, "For clarification, my moral stance about homosexuality is that it is against the teachings of scripture. Although I know this upsets some people, it is my belief. In America we have the right to believe as we choose and to freely express that belief."

"For those that I have hurt, I'm sorry," his statement continued. "For those who do not share my beliefs, I will defend your right to have a deeply held belief if yours is different than mine."

Governor Mary Fallin appointed Humphreys as regent in 2012. In a statement, she said that his views do not represent hers, adding that, "Regent Humphreys has apologized, and it is time to move forward."

The OU board of regents took no action regarding Humphreys at their meeting Tuesday afternoon.

An employee at Humphreys' real estate development office in Oklahoma City said he would not be available for any additional comment and that he was off work all week.