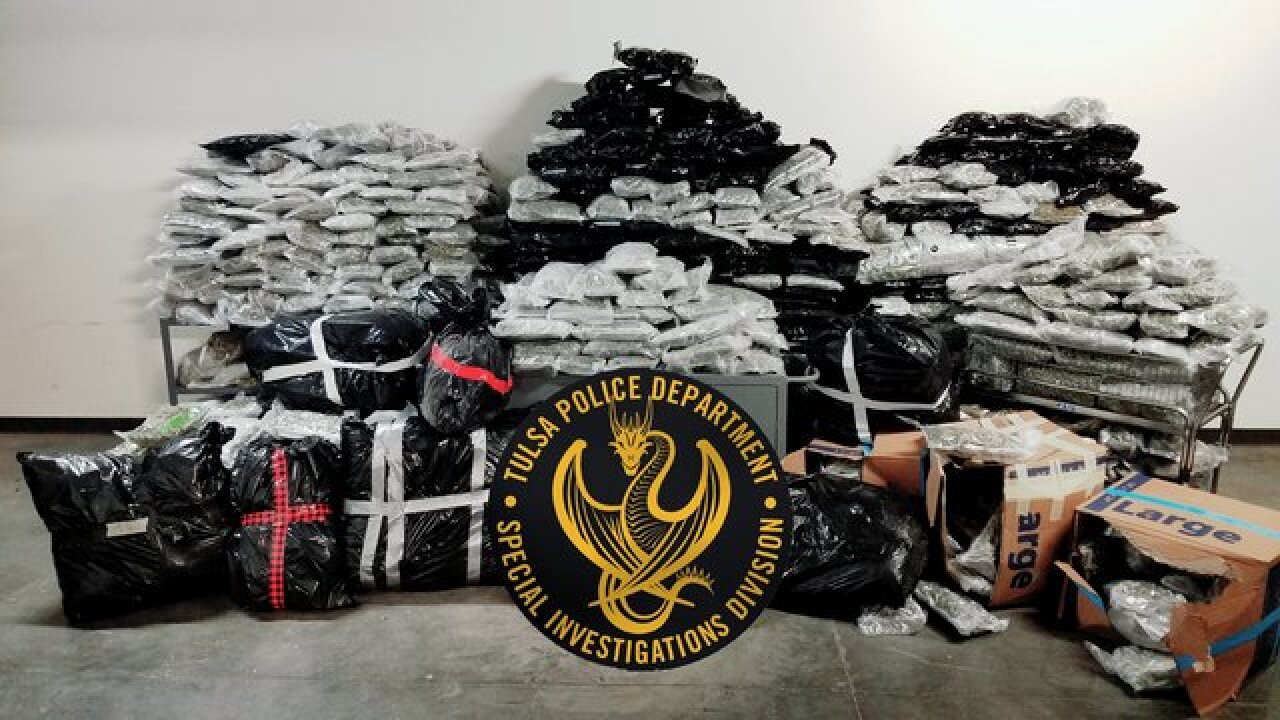 TULSA -- A Tulsa man has been charged after officials said they recovered nearly 1,500 pounds of marijuana.

In a cooperative effort between the Tulsa Police Department Special Investigations Division and the Drug Enforcement Agency, 1,485 pounds of pot was seized from two rental trucks.

Kong Vang, 34, was charged with drug trafficking-related counts. The pot was found at Vang's residence and business, Vang's Dyno Performance.

During the seizure, three semi-automatic handguns, other firearms and 23 vehicles were also found.