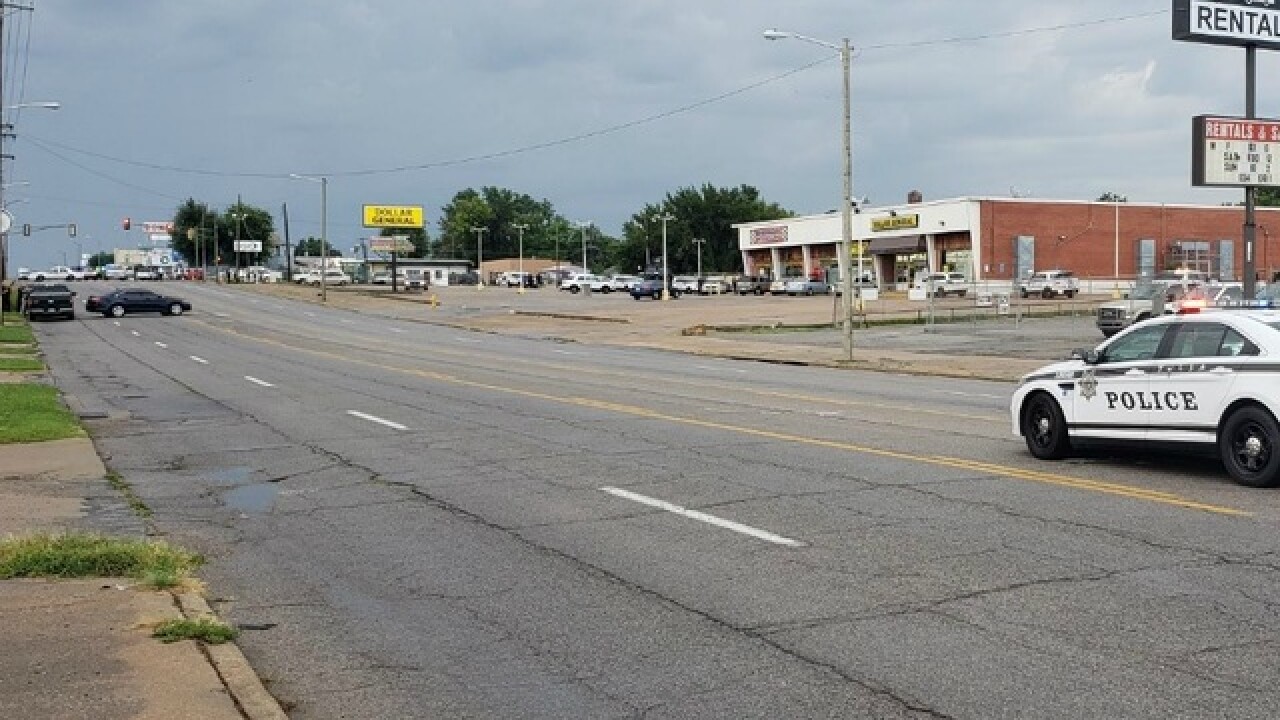 A three-hour standoff has ended after Tulsa Police and the TPD SWAT Team responded to an armed robbery at the Dollar General store at East Admiral and Pittsburg Avenue on Friday morning.

Police says the suspect, Trevon Montrell Vaughn, was arrested after he had been barricaded inside the building.

Police say Vaughn ran inside the store around 8 a.m. Friday as two vehicles sped away from the scene. Police believe the vehicles may have been associated with the driver.

Police say Vaughn may have set a fire inside the store.