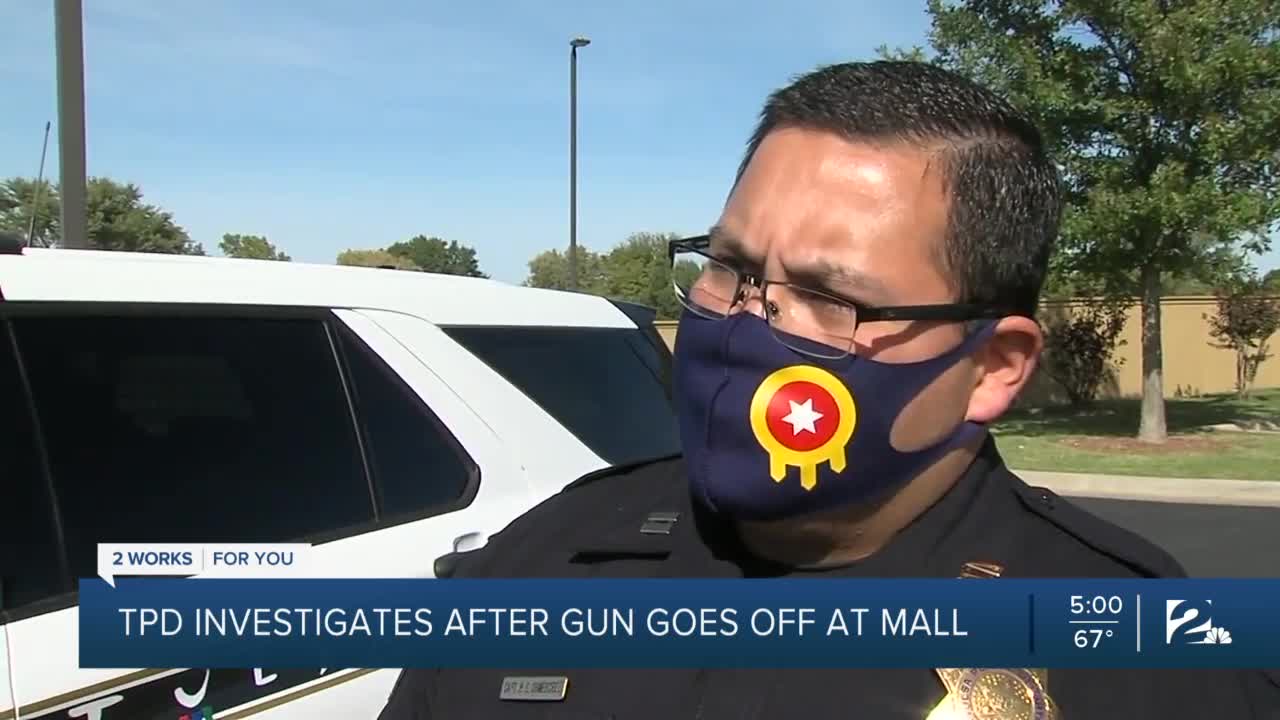 TPD investigates after gun goes off at Woodland Hills Mall

TULSA, Okla. — Authorities are investigating after a gun shot was fired at Woodland Hills Mall on Friday, according to the Tulsa Police Department.

Tulsa police said this is not an active shooter situation and no one was injured.

Police said they think there was an accidental gun shot at the food court.

Witnesses told police a young man went to sit down at the food court and the gun went off. Afterwards, he ran out of the mall limping.

Police said the mall is securing perimeters in the area to look for the man and make sure he's okay.

Brandy Smith was with her daughters when she heard the gunshot near the food court.

"It scared me, but I have two kids, ya know, tried to stay as calm as I could and protect my kids,” Smith said.

Officials told 2 Works for You the mall does not allow weapons of any kind inside.