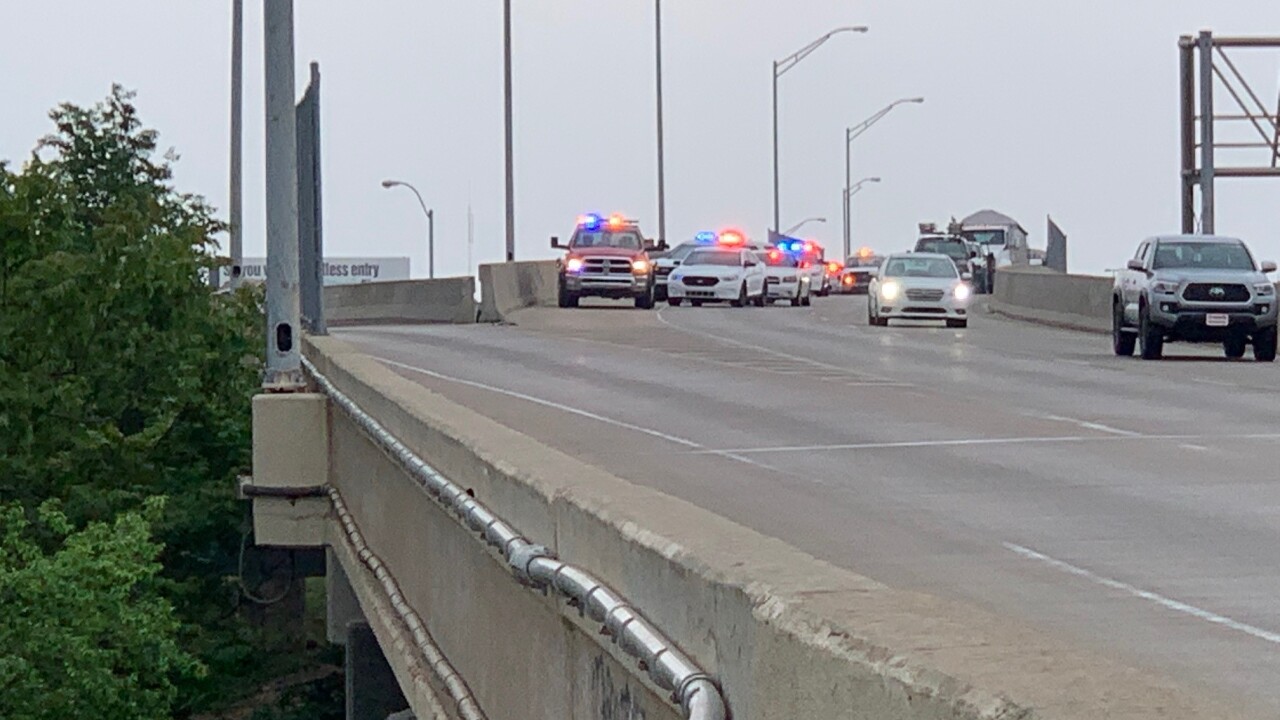 TULSA — Tulsa police are investigating after a man who was being pursued jumped off a bridge after a wreck.

Police said a caller reported that someone shot at him at 10:30 a.m. in the area of 6500 East 9th on Tuesday morning. Police said the victim followed the shooter, and then flagged down an officer.

The officer began pursuing the suspect. Police said the suspect stopped at 11th and Sheridan, and then got on 244 westbound.

Police said the suspect wrecked at I-244 and Detroit, and then jumped off a bridge at I-244 and northbound Highway 75.

The man was taken to the hospital after the incident in critical condition. A passenger in the vehicle that wrecked was taken into custody. Police said a gun was found in the car.