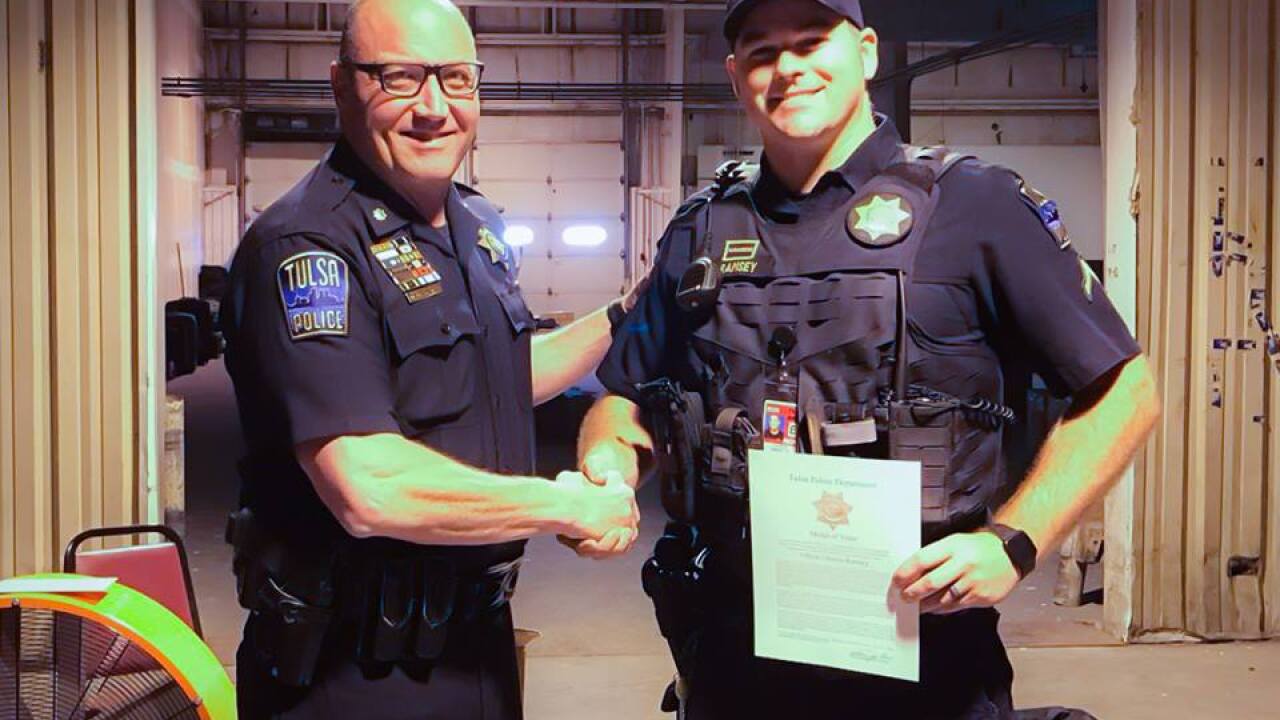 TULSA — One of Tulsa's K-9 handlers has earned the Medal of Valor for chasing down a robbery suspect.

According to Tulsa police, veteran Officer Charles Ramsey received the award for chasing down and arresting a suspect who fired at police officers.

Officers were looking for a stolen car - taken in a robbery. Ramsey spotted the car and gave chase.

During the pursuit - a passenger hung out the window and began shooting at officers. After 10 minutes, three of the four people in the car jumped out.

Ramsey saw the passenger running into a neighborhood with a gun in his hand and took down the suspect.

All four occupants in the car were caught and arrested.

Ramsey has served on the force many years and recently became a K9 handler for the bomb squad.