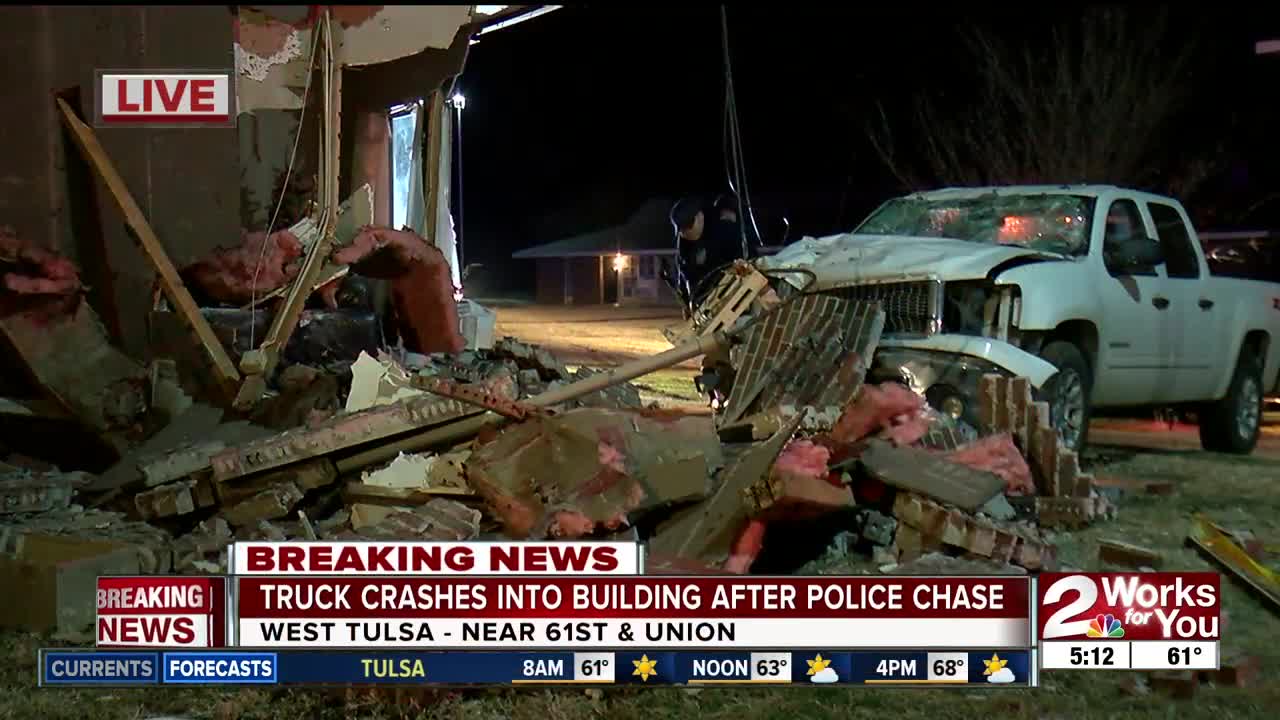 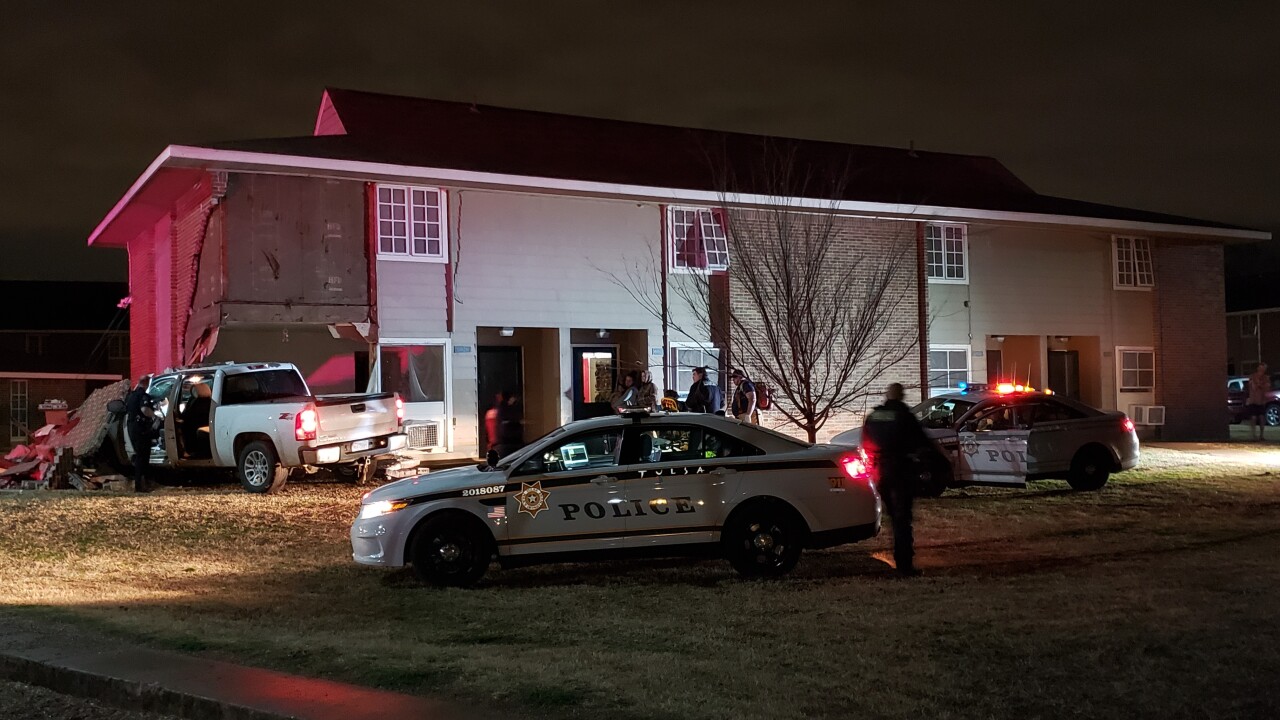 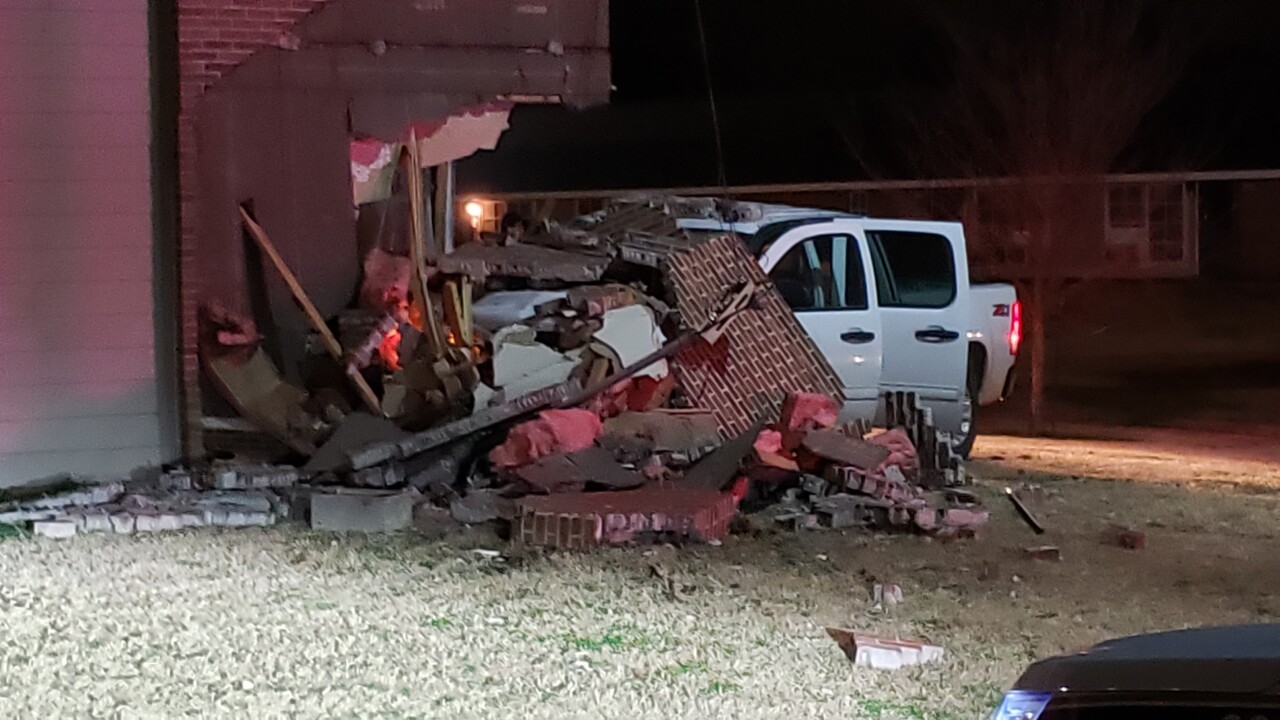 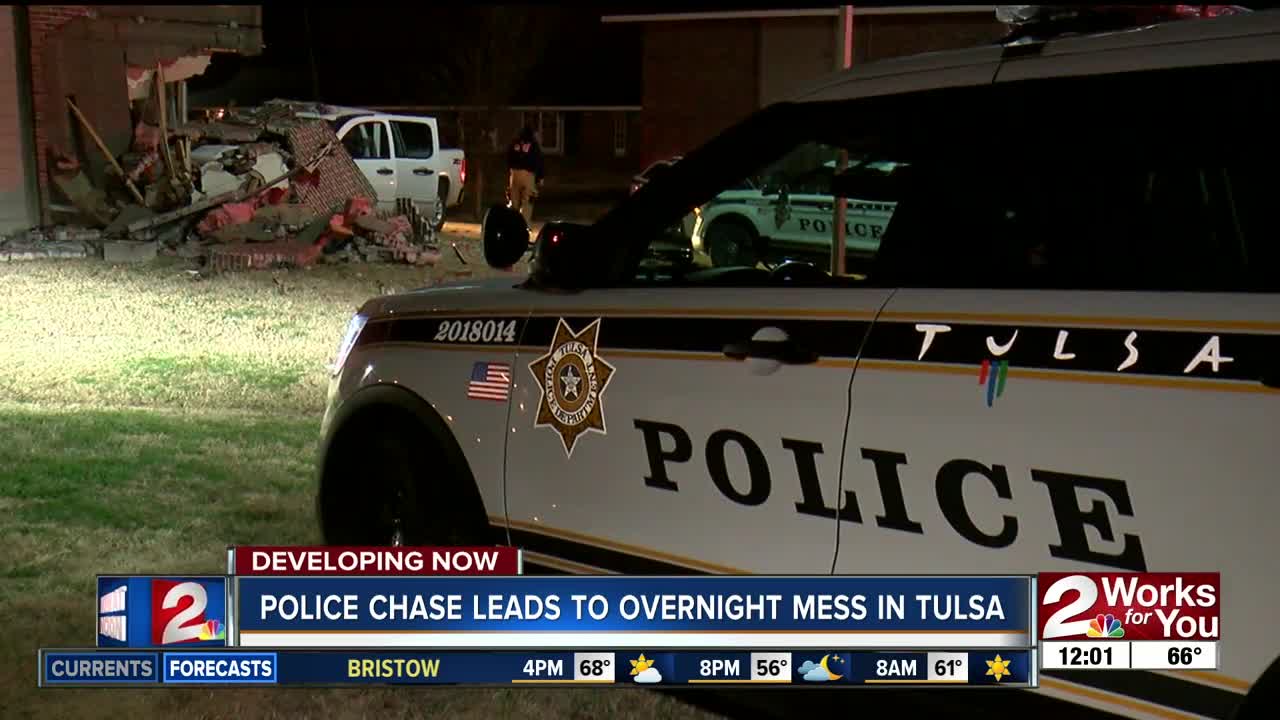 Police say the chase started at 4:15 am when an officer saw a white truck speeding at 52nd and South Peoria.

The pursuit eventually crossed the Arkansas River into West Tulsa and ended when the suspect's truck slammed into a building at the Parkview Terrace Apartments near West 61st Street and South Union Avenue.

Police say a woman was sitting on a couch when the truck crashed through the wall. She reportedly complained of neck pain and was taken to the hospital to be checked out.

Amber Carreln said she heard the loud noise from her neighborhing building and went outside.

She said she found her neighbor pinned in her couch and helped her up. She said the woman was clearly in shock.

First responders say the crash damaged the first and second floors of the building and several residents had to be evacuated.

The driver ran way after the crash, but was not located. Officers are continuing to look for him.