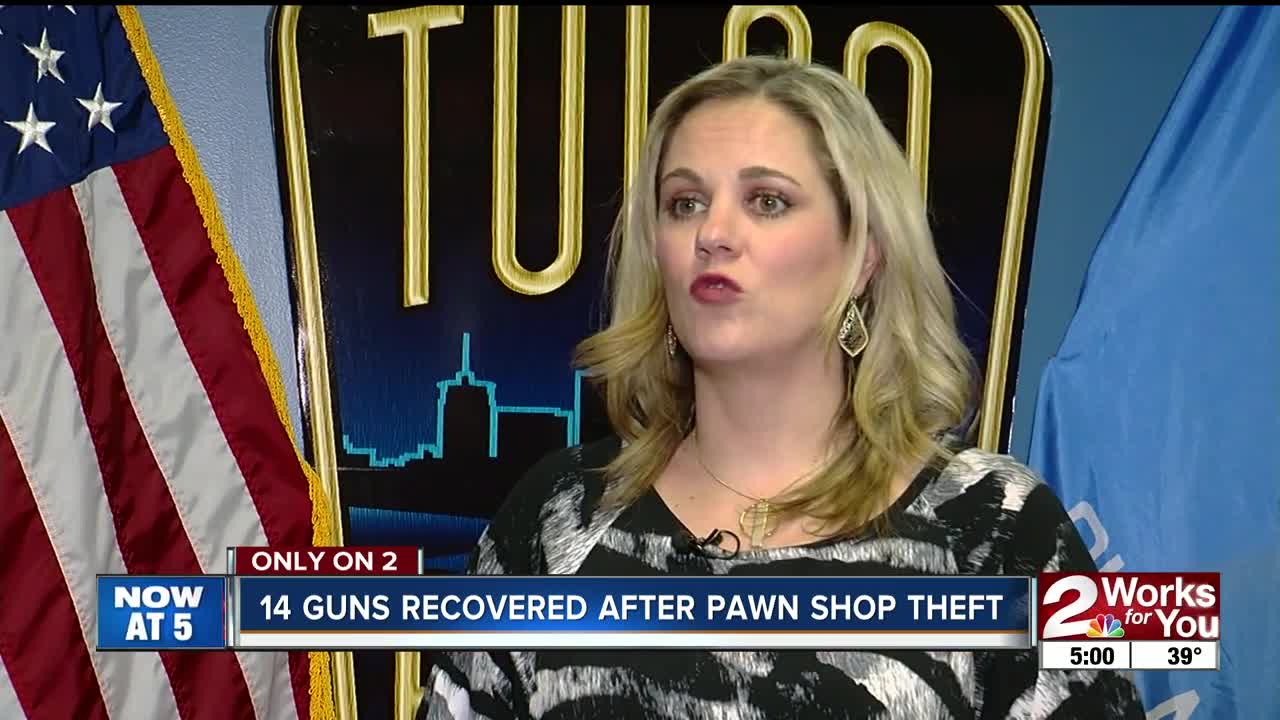 TULSA, Okla. -- — Tulsa pawn shops are double checking their security system after Second Hand Rose lost 18 guns over the holiday. Staff at Big Time Gun and Pawn said it could have been prevented with better technology.

After receiving an anonymous tip on Wednesday 14 guns were recovered, and a man was arrested. Tulsa Police said crimes like these are a priority for officers.

At Big Time Pawn they use everything from motion-censored cameras to bars across the doors. Parvin said losing more than a dozen guns would be a tough loss to recover from.

"In a good week we make a little less than that. We're trying to watch our investment. It's a game and when you invest a lot of money in something you want to protect it as best you can," he said.

Those looking to buy guns at a pawn shop are put through a federal background check, and every time these stores buy a firearm it's run through the system LeadsOnline.

TPD continues to look for the four remaining guns, and believe another suspect is still out there.