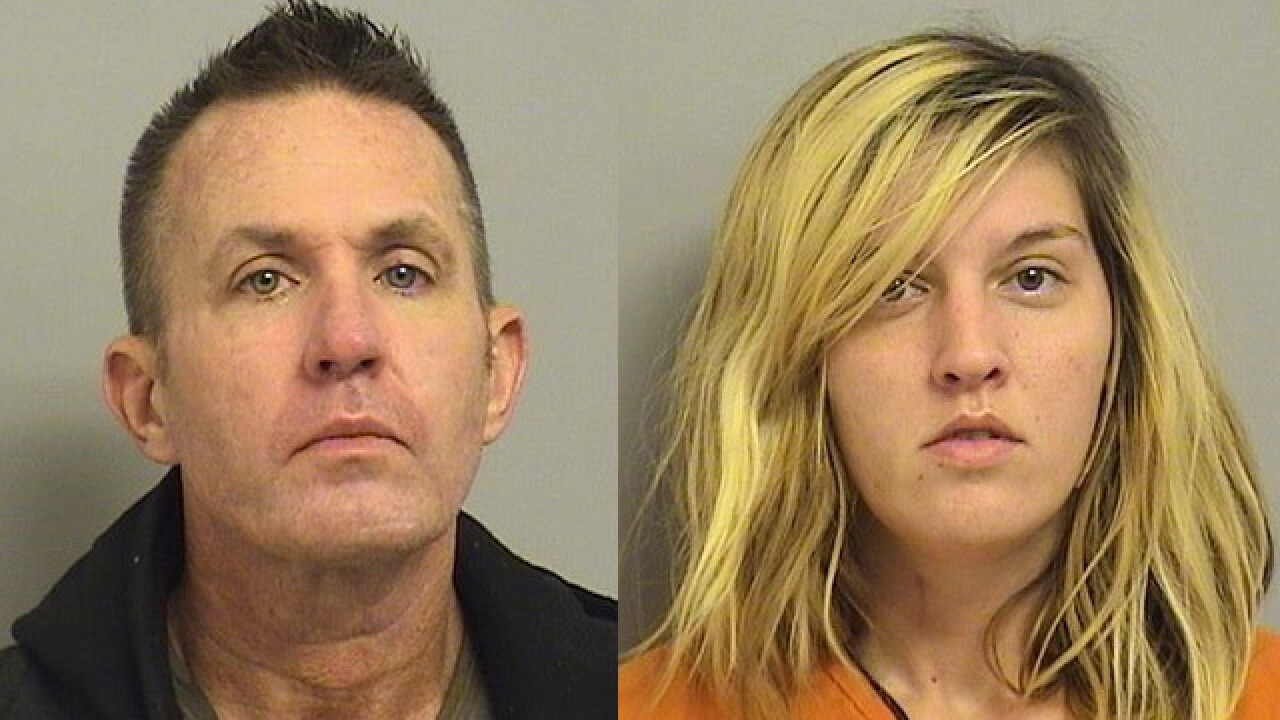 Tulsa police have arrested two convicted felons they say are suspects in a string of thefts and burglaries.

Richard Willis French, 50, and Candace Marie Berry, 30, are being held at the county jail on multiple complaints.

Investigators say they were looking for a pickup in connection to the crimes, which they spotted at the Red Roof in on North Sheridan Road.

“The vehicle had just had the wheels spray painted black which was suspicious,” a statement from police said. “The vehicle had a metal dealer tag and upon checking the VIN it was determined the vehicle was stolen (from a dealer).”

An officer called for backup and the K9 unit and while he watched from nearby, he saw French approach the truck and the other officers moved in and arrested him, TPD said.

“A search of the vehicle turned up a plastic box under the hood secured with a magnet,” a TPD statement said. “The box contained numerous checks, ID cards and papers many of which were reported stolen and others that were forged. Two additional license plates were found one that had been stolen in Claremore and another in Tulsa.”

According to hotel staff, French checked into his room using a fake ID.

Officers said they went inside the room, they found Berry, who was wanted on a Wagoner County burglary/robbery warrant.

Investigators say French and Berry had property from 11 separate cases in Tulsa where IDs and other property was stolen.

“Other property may check to cases in Claremore and Wagoner County,” TPD said.

Berry was arrested on her outstanding warrant, plus complaints of false impersonation (AFCF), possession of a controlled drug, concealing stolen property.

Berry has been convicted in the past of obtaining drugs by forged prescription.