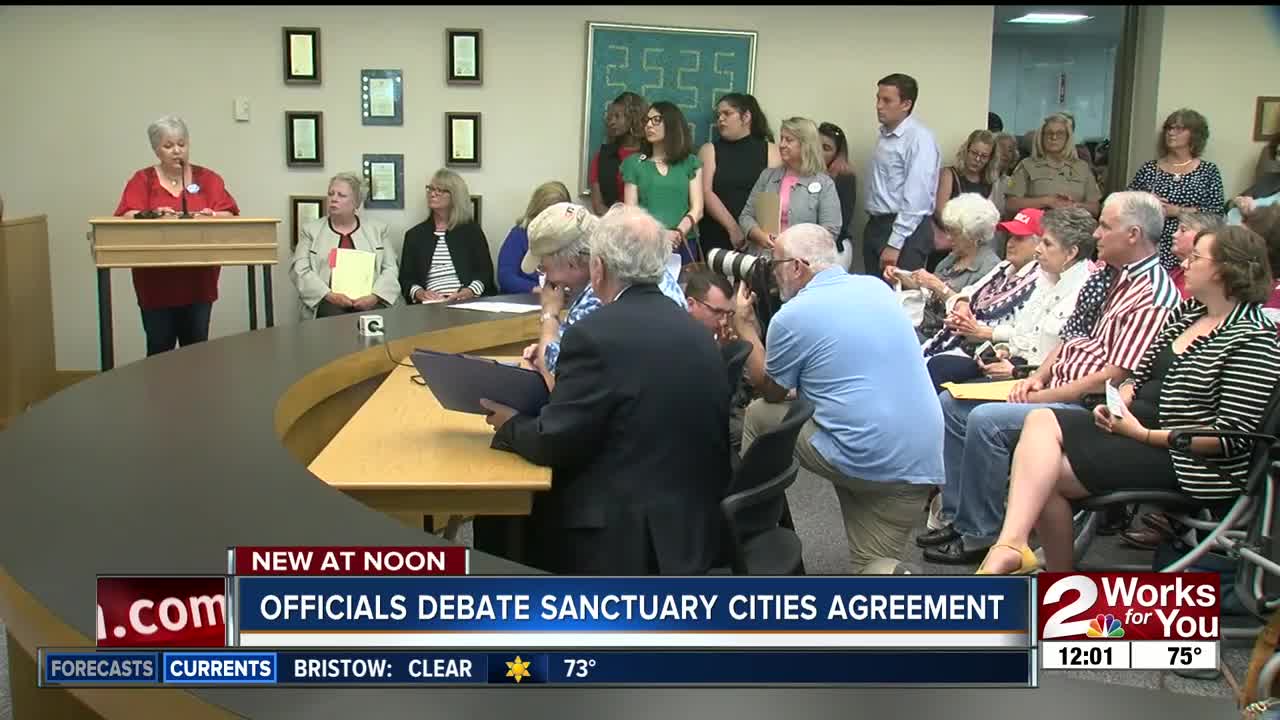 TULSA — It’s been a debate for years, and 287(G), an agreement between the Tulsa County Sheriff’s Office and ICE for undocumented immigrants brought in to be turned over, was back at the forefront today.

During a packed public meeting on Monday morning, each side had something to say.

According to officials, 287(G) is an agreement between ICE and the Tulsa County Sheriff’s Office that Sheriff Vic Regalado says only comes into effect when someone is brought in for a crime. The concern for undocumented immigrants is if they call police, they themselves might be brought in and questioned about their immigration status.

There were also concerns with those who are in favor, saying because undocumented immigrants who are turned over to ICE have to stay in holding, they aren’t given due process of law.

There was a wide range of speakers and audience members, from supporters, to opposers, with former undocumented immigrants and the sheriff himself turning out.

“It puts a lot of people in a lot of danger, there are people if they are deported they could be killed within a week or a month of getting there,” said Rosa Hernandez, DACA recipient.

“If you don’t enter into our jail, we still will respond to you in a law enforcement capacity, as will most, if not all, of the law enforcement agencies in the region whether you’re from this country or not,” Regalado said.

There are also arguments about money on both sides - those for 287(G) argue it costs taxpayers to hold undocumented immigrants while waiting to turn them over to ice, but Regalado said the $5 million given to the county from ICE each year is a huge help.

While there was no vote or action taken today, it was a good time for people to have their voices heard for the next time the council does have to make a vote.