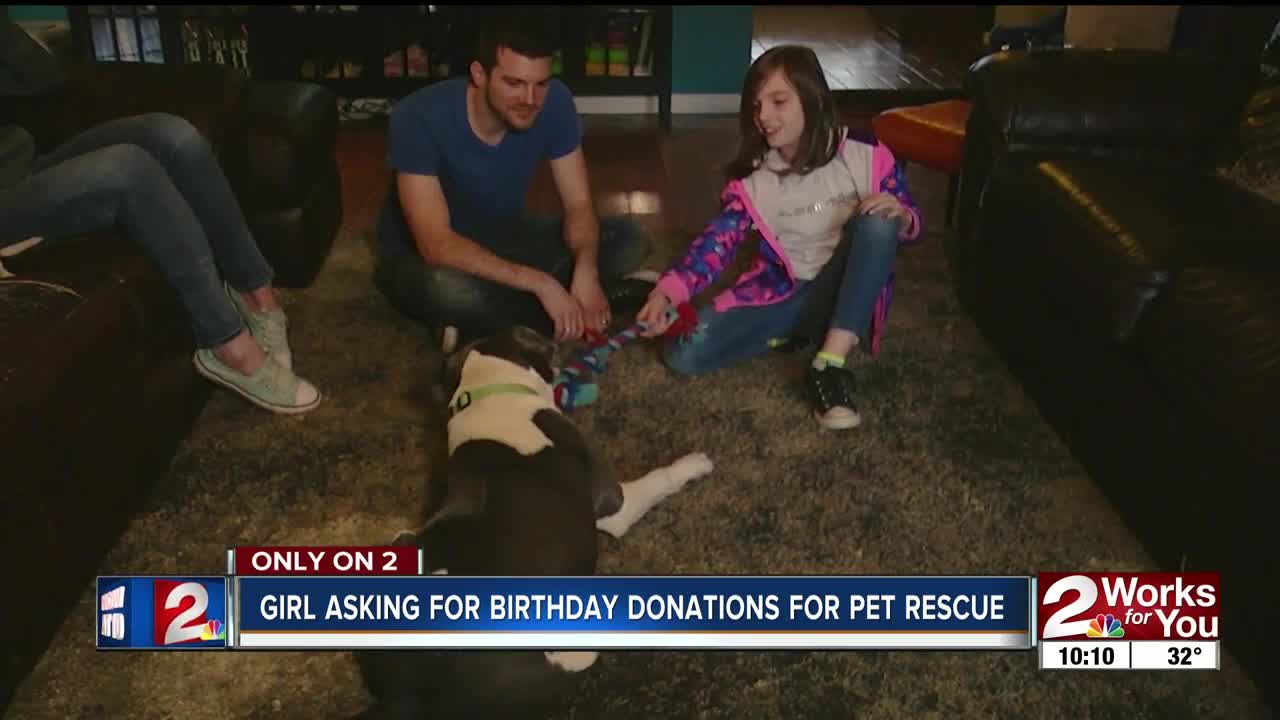 TULSA -- It's fairly typical for a child to receive presents on their birthday, but a Tulsa 9 year old is giving gifts to a local animal rescue organization for her birthday this year.

Lexi Prewett is surrounded by animals at home. Hudson, the 8-month-old pit bull, is the most recent addition to her family.

"I was like really excited and I started jumping around in the seat," said Prewett.

The Prewett's rescued him from Pet Adoption League (PAL) in Tulsa, where they learned about his abusive past.

"When he came to a shelter he had really bad burns on his back," said Prewett.

Now Hudson is surrounded by love. Prewett got the idea for her February birthday party, instead of receiving gifts, to give back to the organization that helped bring her so much joy.

"I know PAL probably has a lot of dog food and stuff but I want to give them more, I really want to help the animals that are at PAL," said Prewett.

Her living room is now loaded with dog and cat food, toys, and treats for the animals.

"I think they will be really glad that we got all those donations for them," said Prewett.

Inspired by her friends generosity, she's continuing to collect items for PAL hoping other kids will do the same for what they're passionate about.

"If they hear about what I’m doing then for their next birthday they’ll want to do it or something like that," said Prewett.

The family is collecting donations through an Amazon wishlist through the rest of February.