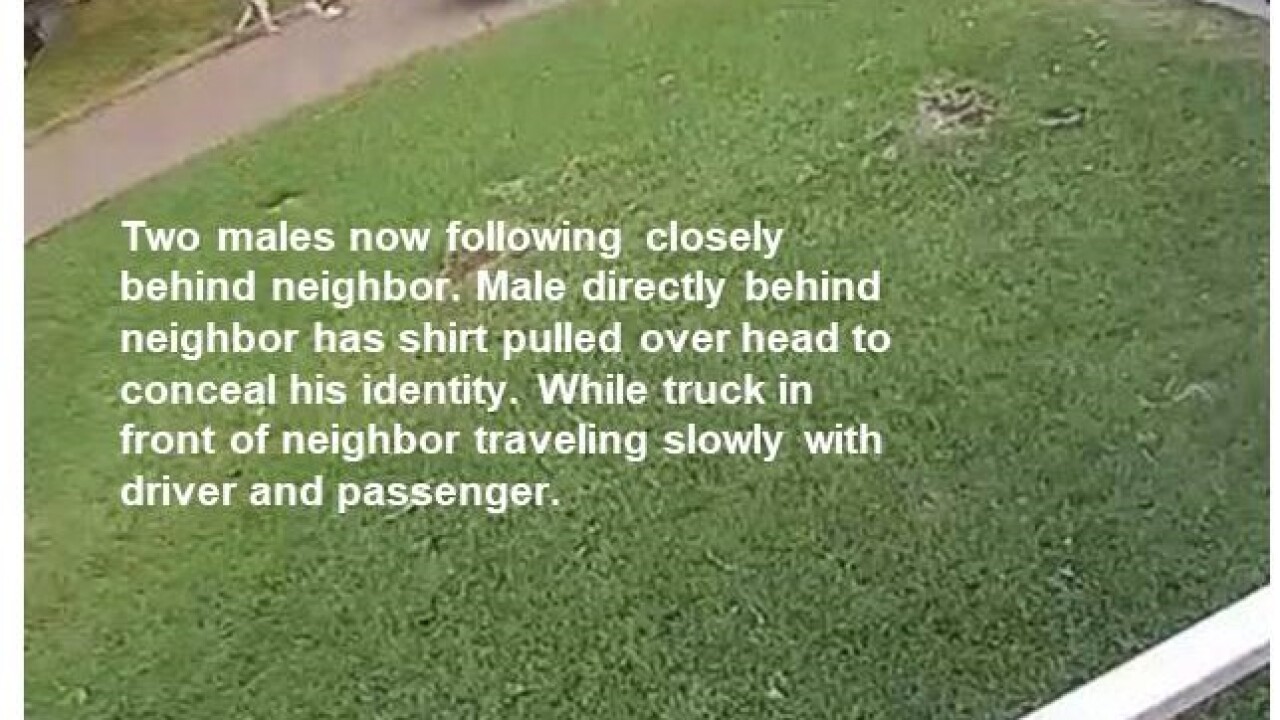 TULSA, Okla. — The Sonoma-Midtown Neighborhood Association is offering a $1,500 reward for information after an elderly man is mugged on his walk.

Neighbors say they believe the attack came after a series of crimes in Midtown.

"I just ran out the front door and screamed as loud as I could, trying to alert anybody and everybody that would listen at 6:30 in the morning to scare him off and it did work," said the neighbor who saved the man.

The man was on his daily walk near 33rd and Louisville when that neighbor saw him being attacked.

"Two men are on top of another man. He's on his back his arms and legs are flailing," she said.

That neighbor does not want to be identified for security reasons.

"When I ran out the door, I wasn’t even worried about myself, just help this person," she said.

She wonders what these four men would have done if she hadn't come outside.

"I worry for other people in this neighborhood," she said. "There's an older population. There's a lot of walkers."

No arrests have been made.

"I hope they don't come back," she said. "I hope they stay out of this neighborhood. You're not welcome here we will catch you."