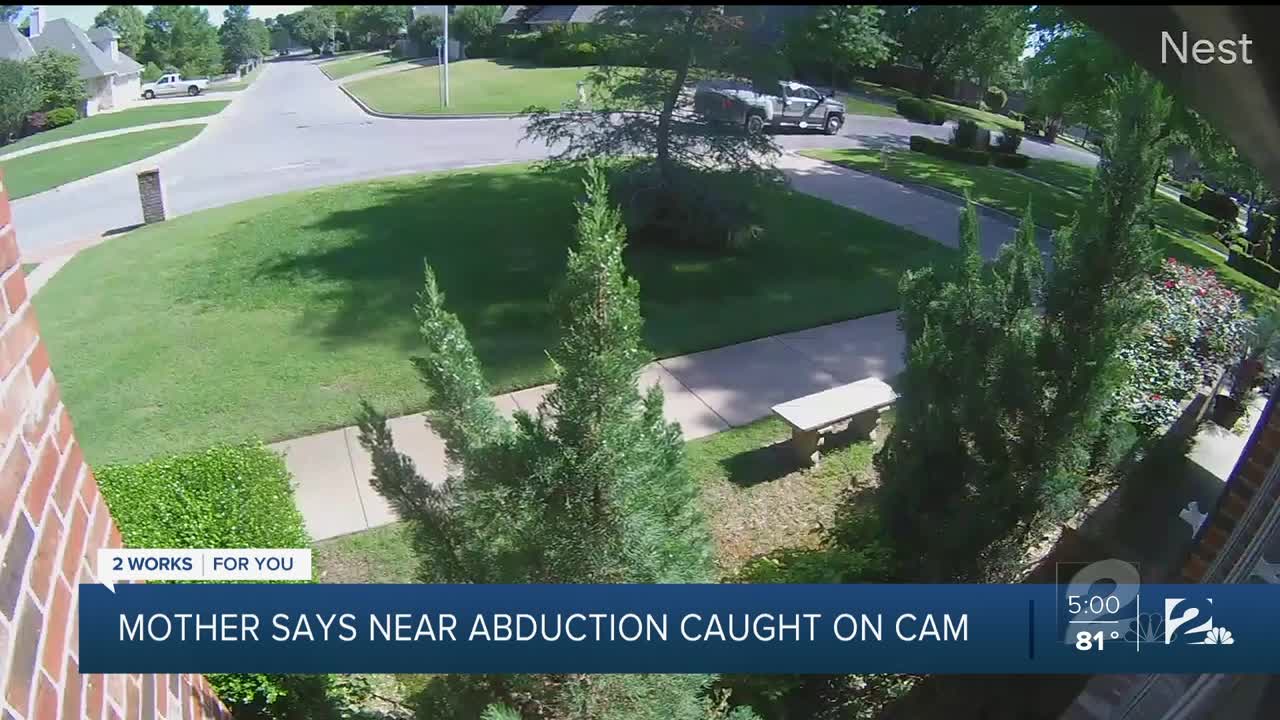 TULSA, Okla. — A warning from a terrified mother.

She said a stranger came up to her daughter and started following her.

The whole thing was caught on camera in a neighborhood near 101st Street and Yale.

“I felt sick to my stomach," Fawna said. “I mean to see it play out and you just know what the intentions were behind him stopping."

She tells us on Wednesday, her 8 year old daughter went for a bike ride to meet up with friends at a pond that sits just at the entrance of where they live.

“She told me when she left and was getting close to turning, a truck approached her and kind of veered over into her lane and stopped and rolled down the window and said, ‘Hey, come over to my truck,'" Fawna said.

A few minutes later, she received a frightening text message from her daughter.

“Mom, there is a man following us and he’s really scary,” Fawna said.

By the time she arrived, the man was gone.

Fawna filed a report with Tulsa police, something officer Jeanne Pierce said can be a crucial part of the case.

She said technology such as cell phones and home surveillance, now play a big part in investigations.

Fawna hopes speaking out about what happened to her daughter will help police find the man, so another family doesn’t have to go through it.

“I’m so proud of her, and I’m so grateful it happened the way it, did but I don’t want it to happen to another kid,” Fawna said.

Fawna said they’re taking extra precautions for their daughter, ordering self-defense key chains that make loud noises and implementing a buddy system so no one is ever alone.

She also said biking to the pond is off-limits for now.