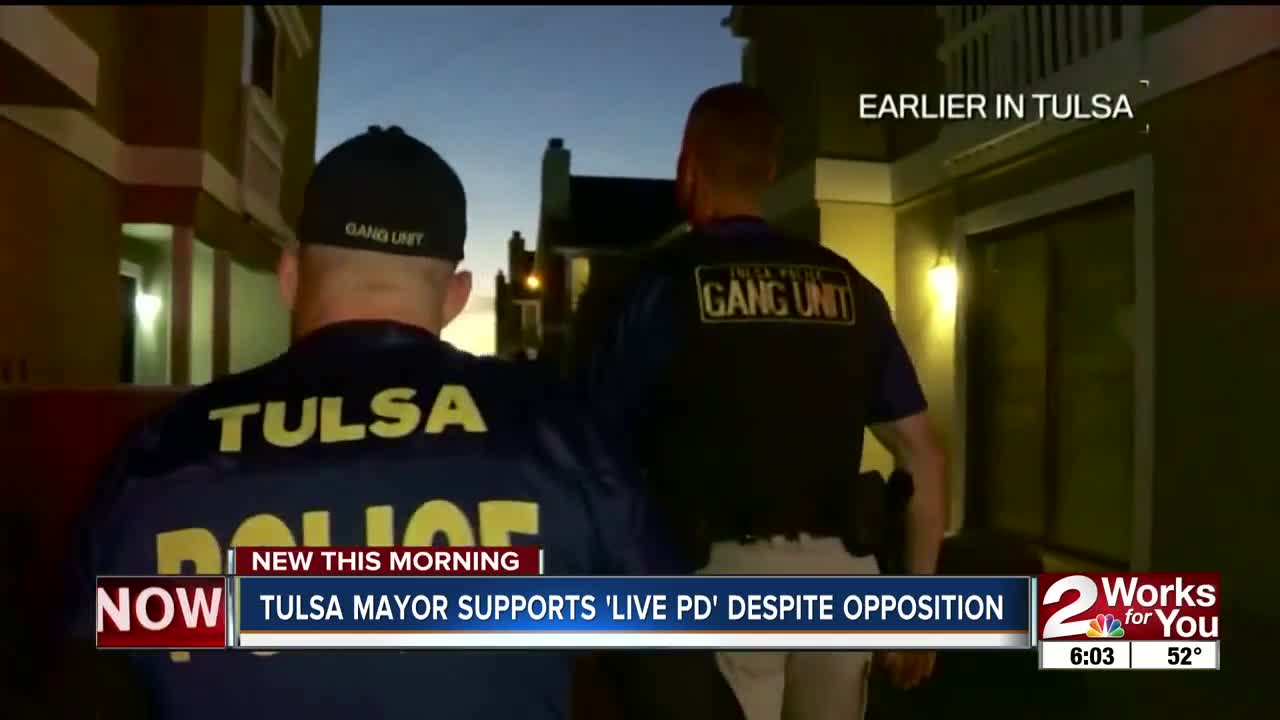 TULSA — Tulsa's Mayor G.T. Bynum is voicing his support for the city's involvement in the TV show "Live PD."

However, Mayor Bynum says the show allows residents to see for themselves what officers deal with on a daily basis, officials say.

Before being renewed in September, the city ended its contract back in 2016 after activist groups made complaints about the show's depiction of certain communities.