Tulsa mayor candidates talk to 2 Works for You 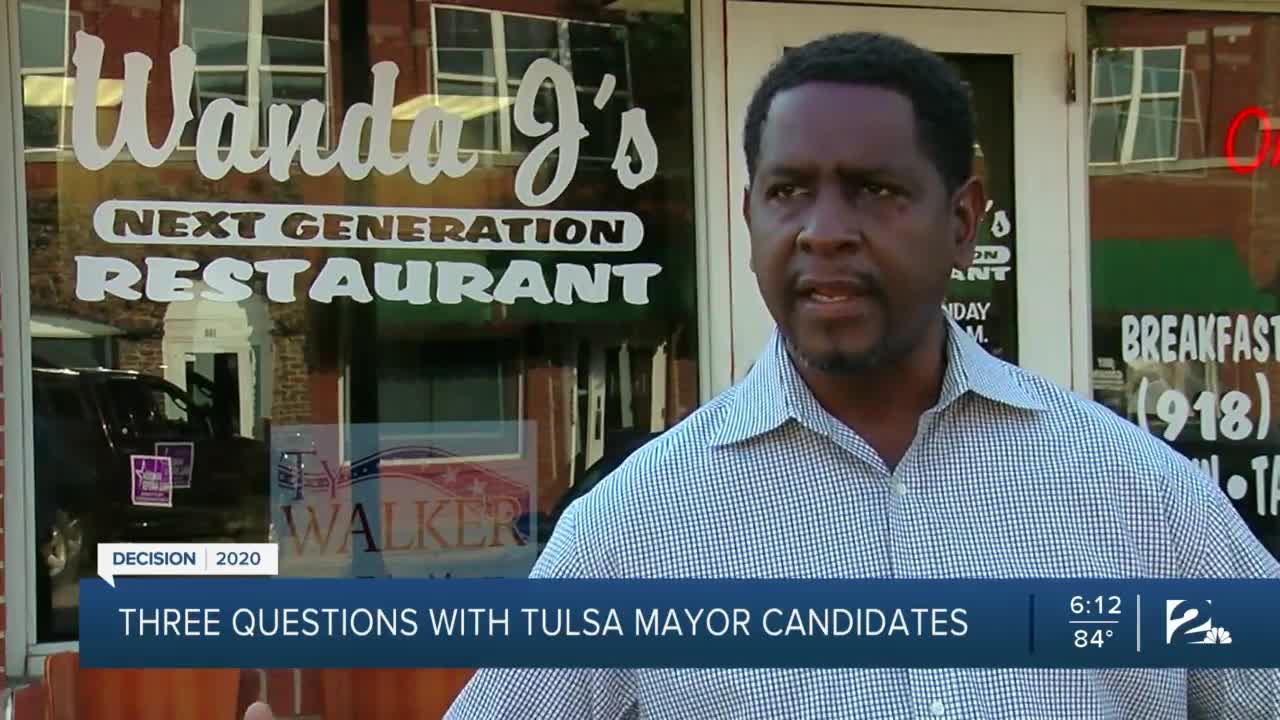 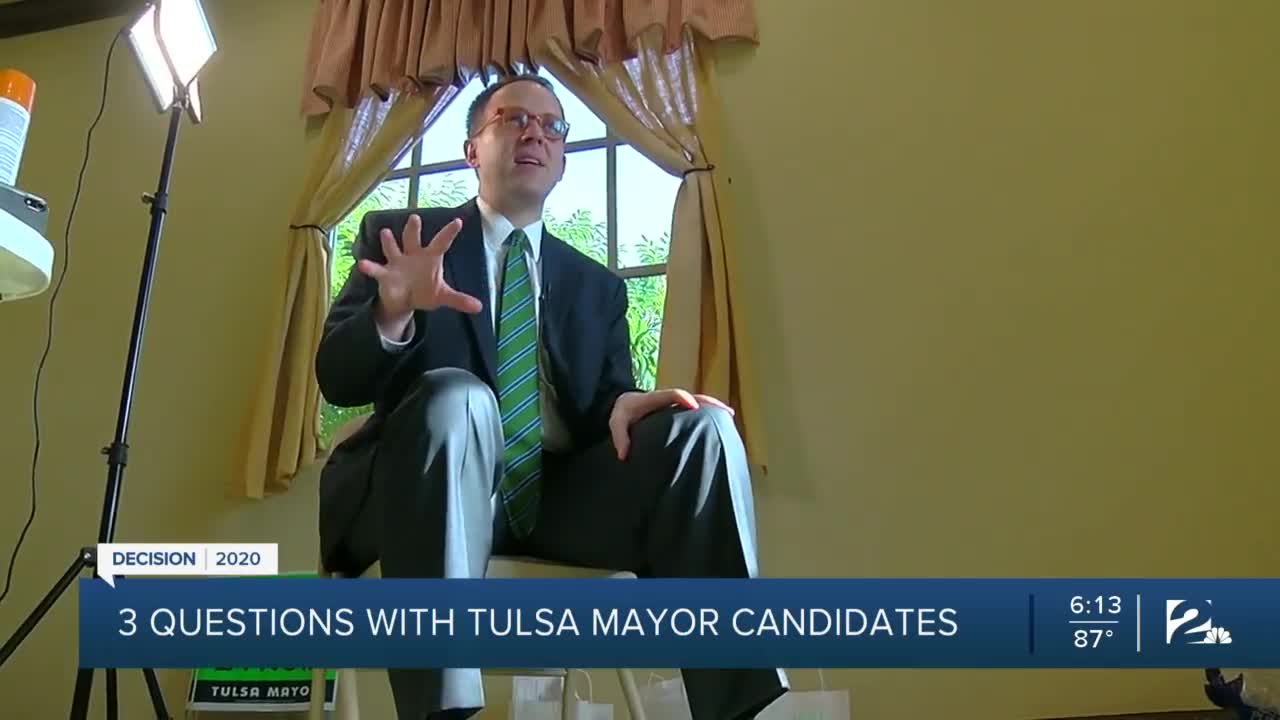 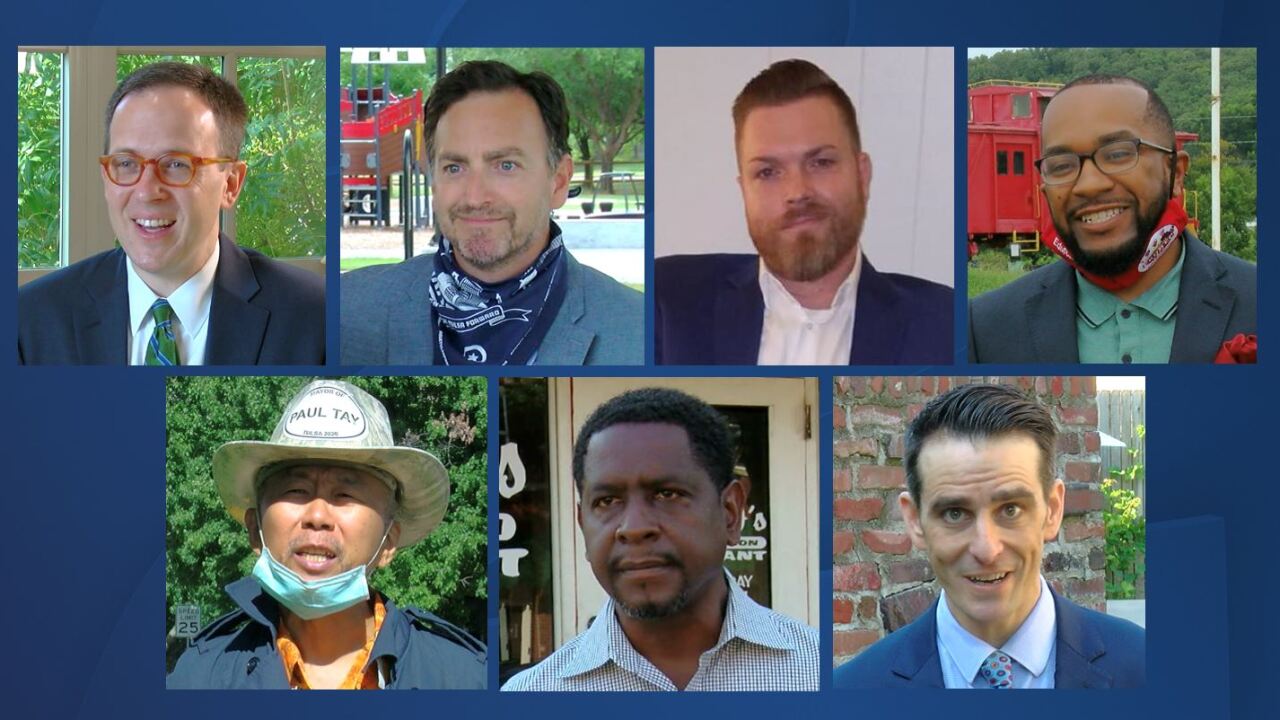 TULSA, Okla. — Many Tulsans are trying to decide who they want to be the next mayor of Tulsa to lead the second largest city in Oklahoma. 2 Works for You is making it simple for voters.

Seven candidates vying to be Tulsa’s mayor. Travis Guillory spoke with each candidate and asked them the same three questions.

1. What qualifies you to be the mayor of Tulsa?

Mayor GT Bynum: “I think my qualifications for this job for another four years are what we’ve accomplished in the last four years. You look at the two largest new employers in the history of our city brought to town, the largest economic development investment in Tulsa history brought to our city. We’re continuing the largest streets improvement program in the history of our city, and we’ve gone through the largest increase in staffing in Tulsa Police Department history.”

Craig Immel: “I think, first and foremost, I have the right mindset to bring people together and respect all sides of the discussion. I also have the business acumen to help make sure that the taxpayers aren’t getting hoodwinked by every person that comes along.”

Greg Robinson: “I’ve dedicated my life to building teams and really building up people to have the power to influence their government. That’s why I spent time organizing across the country, and that’s why I came back to Tulsa to work with Tulsa Public schools to found an elementary school, why I am proud to be the program director for a community foundation that works with parents and teachers and advocates to influence issues that are affecting their quality of life.”

Paul Tay: “The war on the pandemic is going to kill a lot of us before the pandemic will. The next mayor is going to need independence, intelligence and insight to put together a team that will tackle issues such as depression, anxiety and certainly violence against women.”

Ty Walker: “I’m a Navy veteran . . . Tulsa is what made me. I’m here as an individual that’s lived on both sides of the tracks. There’s no other American today in the race that can say they’re from both sides of the tracks. I’ve been on both sides. So, I understand. I don’t have to try to build a bridge; I’m already on the bridge. So, the bridge is already here, and I’m just trying to complete the walk across it.”

Zackri Whitlow: “I’ve always had a sales experience. I’ve been working on that . . . I focused on administrative leadership. I even went to OU-Norman campus and transferred to OU-Tulsa . . . One of the reasons I went to Los Angeles for about eight to ten years was so I could go see and live that experience and get what’s to be gotten out westward so I could come back to Tulsa, where my home is and my roots for a long time.”

2. What is the best thing about Tulsa, OK?

Mayor GT Bynum: “Oh, the best part about Tulsa is the people. Tulsans are resilient people. I think that’s what has prepared us to go through all of the challenges of 2020 so well. We are a city that is accustomed to reaching out and helping neighbors in need in good times and, this year, bad.”

Craig Immel: “My favorite thing about Tulsa hands-down, is the people here. I’ve met some of the most fun, creative, innovative people around, and super friendly and pretty open minded, for the most part.”

Greg Robinson: “We are just a shining city here in Tulsa, and it’s because of what we’ve gone through and the fact that we still have such a faith and a hope and potential in what we can become.”

Paul Tay: “The best thing about Tulsa is its sense of, possibly, forgiveness, its sense of looking inward and seeing how we can change as a community.”

Ty Walker: “It made Wanda J’s. It gave Wanda J’s its life. This is where Wanda J’s was bred and born and given life at. Wanda J’s restaurant was here. So, this is the best thing about Tulsa. It gave us our life.”

Zackri Whitlow: “The best thing about Tulsa, Oklahoma would be the melting pot culture that is reflective of New York and California, well, as far as L.A. and New York City.”

3. The City of Tulsa currently operates with a budget of about $840 million. If I gave you an extra million dollars, what would you put that money toward?

Mayor GT Bynum: “If and when we have additional funds, the first priority is going to be to go and restore the pay of our team at the city that has sacrificed their own pay and taking furlough days this year to protect the ability of our first responders to stay in full force out on the streets protecting Tulsa.”

Craig Immel: “I think I would start by hiring about 100 of my friends, buying some materials to start improving this park. But also, I want to make some improvements to the area where the park adjoins the river. I want to get more Tulsans engaged with the river in terms of taking it for what it is now, going down to the water’s edge and seeing wildlife, see in the water flow past.”

Paul Tay: “Well, I’m going to find a million dollars somewhere in the city budget to specifically deal with violence against women."

Ty Walker: “A million dollars would be put in an escrow account for Tulsa’s McLain High School. That’s where I’m from. That’s where I graduated from, and we’ve always been on the bottom of the totem pole.”

Zackri Whitlow: “I would put a million dollars to resolve the issue of the food/hunger situation by implementing what I’ve been talking about on my platform – indoor grow operations – teaching the kids how to grow the food, how to manage it . . . homeostasis, so we can get an equilibrium that we don’t have now."

2 Works for You attempted several times to set up an interview with candidate Ken Reddick, but he was unable to provide us with an interview or his answers to the three questions.

Tulsa voters will also see Dr. Ricco Wright’s name on the ballot, but he ended his campaign back in early July. Election Day is Tuesday, August 25.