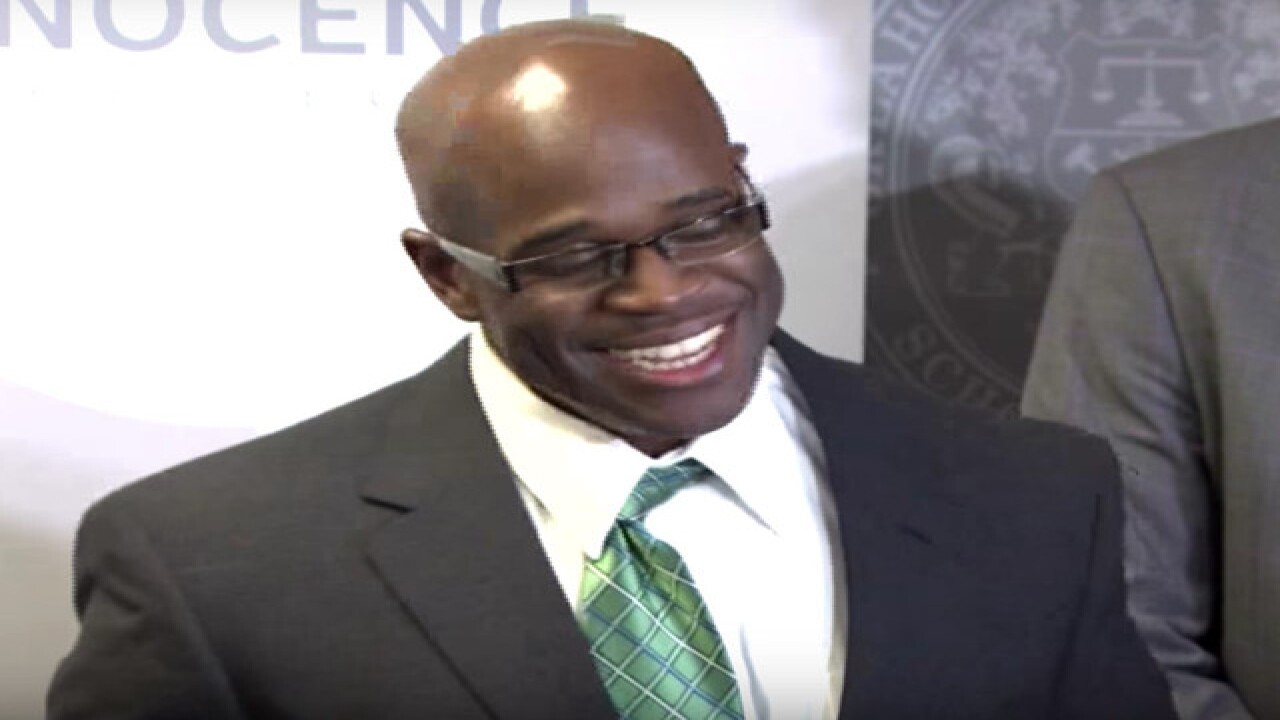 TULSA - Malcolm Scott has changed a lot in his life after spending nearly two decades in prison for a crime he didn't commit.

"I wasn't given this second chance just to get out here and be nothing. You know? God gave me this chance for a reason, and I know this is just the beginning," Scott said.

He's now a college student, working toward his dream of training professional athletes.

He also works 12 hours a day. Scott said it's important that he supports himself after having to be dependent for so long.

He and Demarchoe Carpenter went to jail as teenagers in 1996 for the murder of a woman named Karen Summers.

A judge sentenced him to life plus 170 years.

Malcolm admitted he felt angry for about 10 years of his sentence. But his mother was steadfast to his innocence, and restored his faith in God.

"She said, 'God helps those who help themselves.' I'll never forget that, "Scott said. “I had to look above, and realize that God may have a bigger, bigger plan for me."

Scott said after that, no matter how long it took, he knew he was going to get out. God told him so.

That was when he came across a flier for Private Investigator Eric Cullen. He wrote him a letter with the facts of his case, new information and declaring his innocence.

"I saw it in his eyes that he had been wrongfully imprisoned," Cullen said of their first meeting. "There's no excuse for it. Especially the experience and the manpower of that homicide division at that time, there's just no excuse for it."

He worked for five years to find the right lawyers, and gathered the necessary evidence to get Malcolm out.

With the help of the Oklahoma Innocence Project, a man named Michael Wilson admitted to the murder. The project got the confession on film and presented it to a judge.

That Tulsa judge later ruled Scott and Carpenter did not murder Summers. The two were released from prison in May of this year, and since then Scott has hit the ground running.

The Oklahoma Innocence Project reached out to 2 Works for You about their involvement in the case, and the impact it's had on their organization:

Scott along with Cullen, are now evaluating the merits of a civil lawsuit.

2 Works for You reached out to the City of Tulsa, and the Tulsa Police Department for this story, they declined our request for comment.