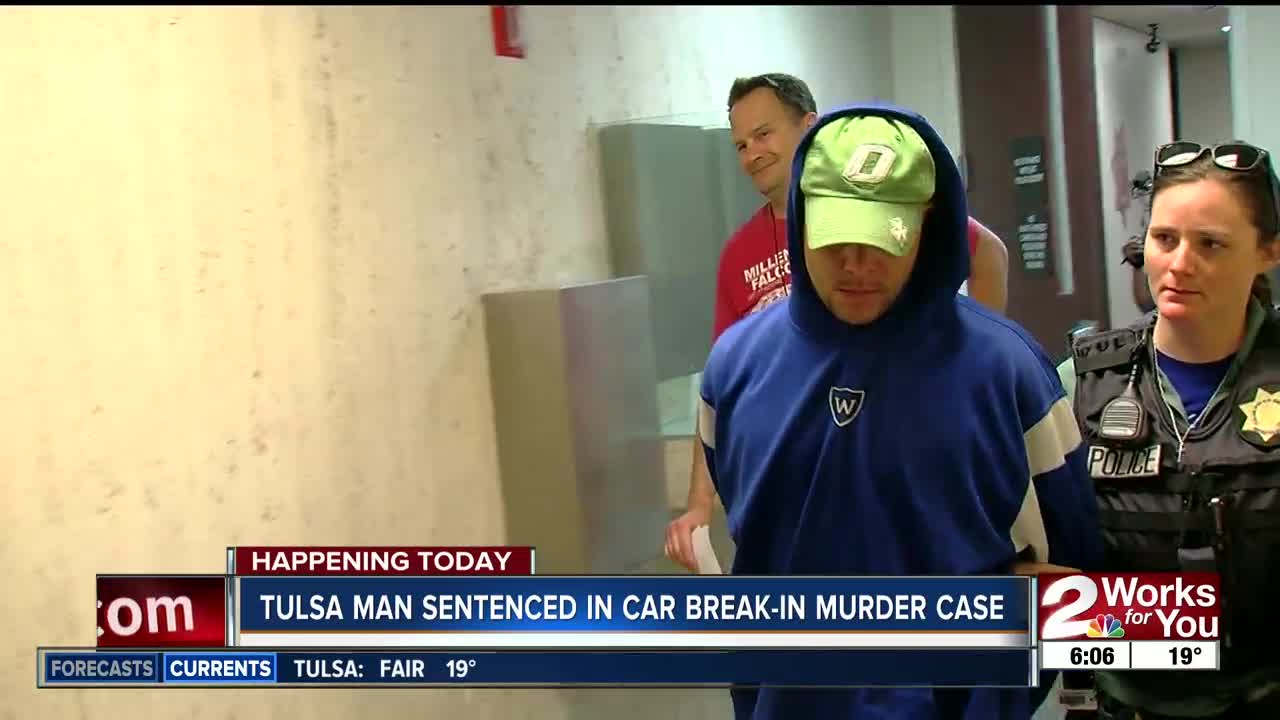 TULSA — A Tulsa man accused of killing a woman while trying to break into a car will learn his fate.

Matthew Thornbrough's sentencing hearing is set for Tuesday morning, where he is facing several counts, including second-degree murder.

Police say Thornbrough was breaking into an abandoned car on the side of highway 75 back in April when the owner tried to stop him.

The jury recommends he serve a total of 67 years in prison.