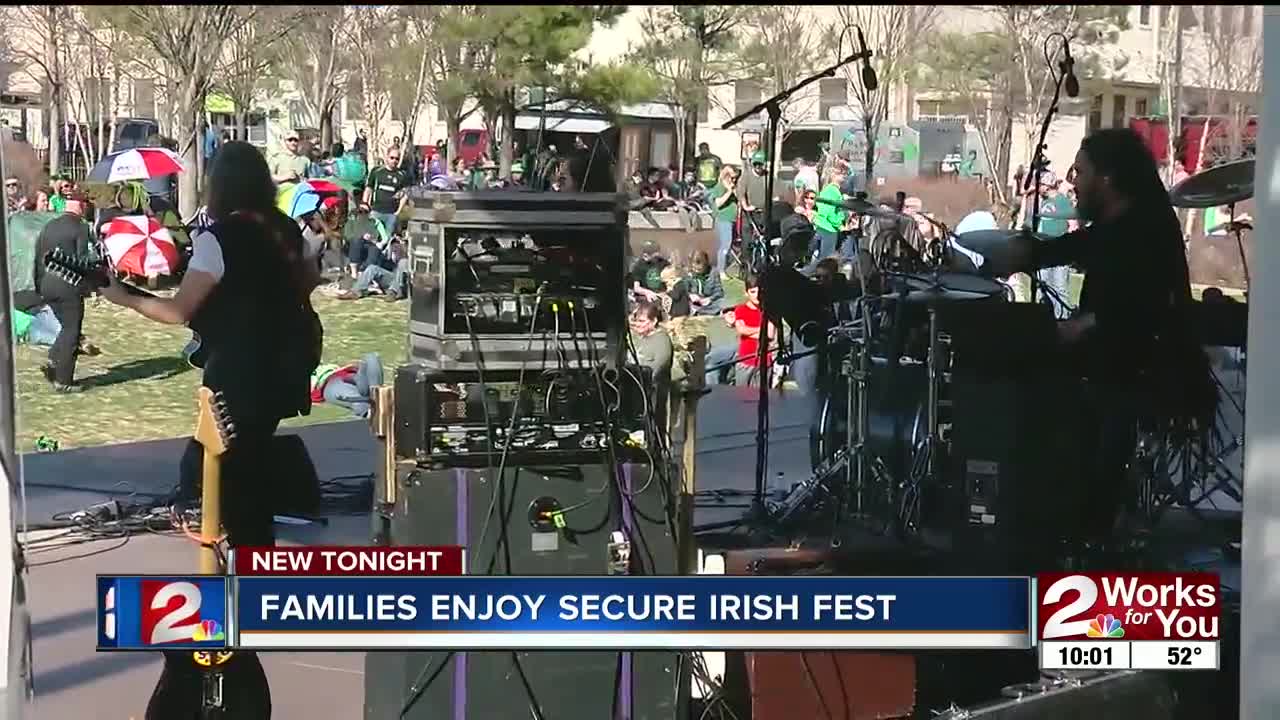 TULSA, Okla — Thousands of people showed up at the Guthrie Green in downtown Tulsa for the Tulsa Irish Festival. Friday and Saturday, there was an estimated 12,000 people that attended the event for the second year.

Organizers say security was one of the top priorities, with personnel posted at every corner as well as the beer tents. We are told with this being a more family oriented crowd, there weren't really any security issues.

As the event continues to grow they have plans to bump up their security numbers as well.

Tulsa Irish Festival Donald Burdick said security costs was added in to the $130,000 budget put together by 71 sponsors.

"It does add to the cost," Burdick said, "but it's money well spent to keep everyone safe."

Organizers say they're happy with how the word spread for the second-year festival. We are also told that vendors from all over the US, and even from all over the world, were rewarded for coming on Saturday, with nearly 10,000 people expected.

Next year, Tulsa Irish Festival will once again be on a Friday and Saturday, and with more people expected to come, more security is expected to be added as well.