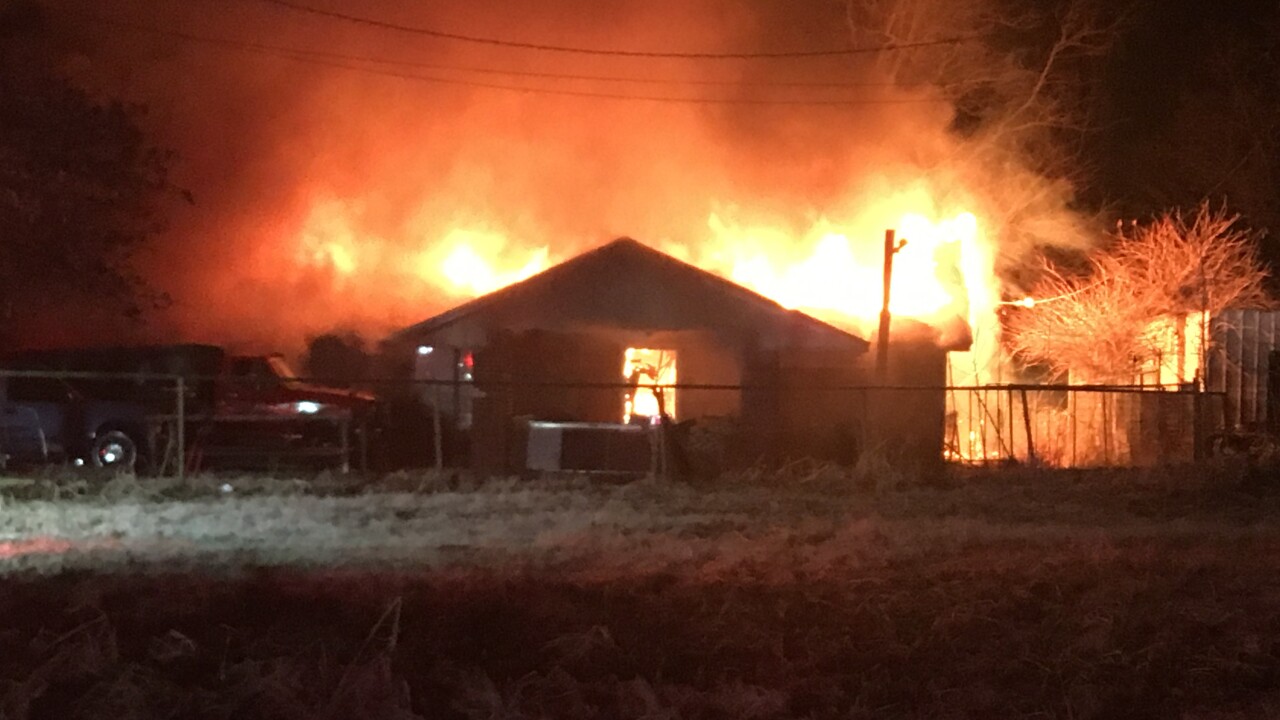 TULSA, Okla — A fire in Tulsa is under investigation after it destroys a home.

Tulsa firefighters responded to a house fire near W 41st street and S49th W avenue before midnight on Friday.

Firefighters ran into some challenges while trying to extinguish the flames.

Officials say the closest fire hydrant was out of service and there were no other hydrants nearby.

It took crews nearly two hours to put out the flames, which spread to a truck next door destroying it as well.