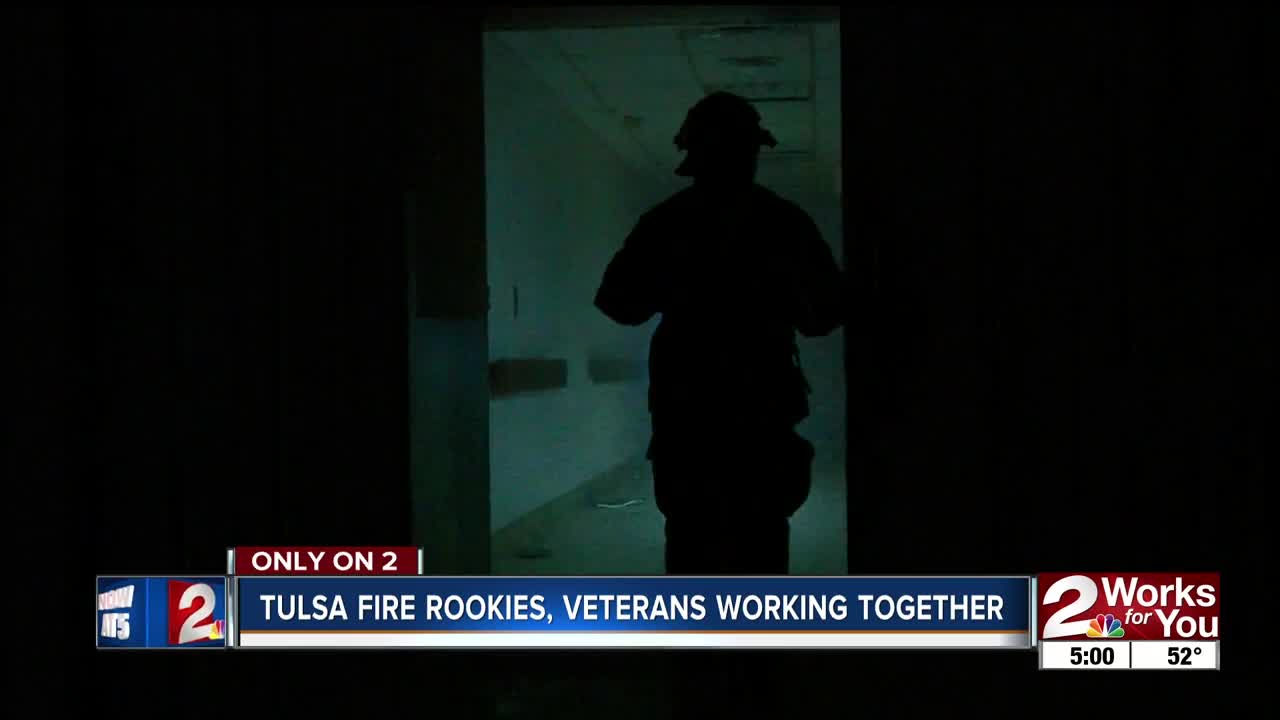 TULSA, OK (KJRH) — When the newest group of Tulsa firefighters graduated from the academy, they joined a force that’s been seeing diminishing numbers over the past decade. But now, they’re busy working alongside their veteran counterparts in real-life situations.

The third floor of an old hospital remained partially lit with clear visibility. But the second floor's lights were completely off, hallways filled with smoke, and six victims hidden throughout the space.

"The training center is very important that we keep up to date on new technology, but also maintain those skills," Training officer Rodney Gray said, "the basic skills they’ve learned from the academy."

When the every second counts, Tulsa firefighters have to be on the same page. That’s why new recruits work alongside seasoned veterans on situations they don’t see every day. But it can be tricky with limited numbers.

"Limited manpower makes it more difficult to search this type of structure," Gray said. "So adding more manpower on those trucks, now I can do quicker, more efficient searches for the victims in this building."

Tulsa Fire holds two academies per year. Each 22-week training puts out roughly 30 cadets, which is one for every station in the department. Gray says the training isn’t cheap - costing several thousand dollars to train the cadets.

"The numbers of recruits we’re getting has diminished significantly over the past 10 years," Gray said. "So it’s very important to us to put out a good product of what we get, and a trained product."

The next academy of 30 recruits begins in late January.