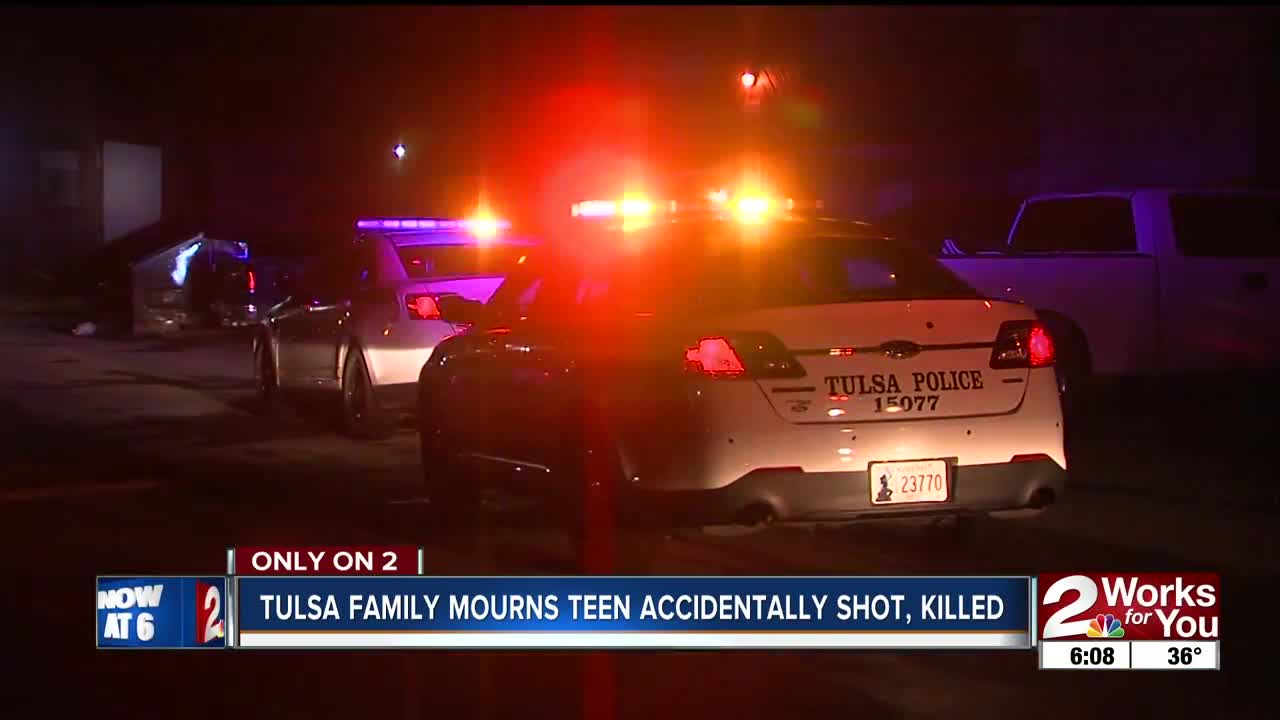 TULSA -- A Tulsa family is urging parents to teach their children gun safety, as they mourn the loss of their teenage son who died last weekend in a gun-related accident.

"I just loved getting my hugs from him, he was always, always giving hugs," said Jean Jones, Eric DeGori's mother.

Eric DeGori was a sophomore at Union High School. His Mom, Jean, says calling him outgoing is an understatement.

"I’d hear him screaming from down the street, 'Mom', the top of his lungs, and would get to the door, and ‘how was your day Mom,'" Jones said.

Jeans says her son was always smiling and had a heart of gold.

"I had one guy that ended up at our house because his mom and dad were fighting and drinking, and Eric was like 'he didn’t need to be there mom, he needed to be here,'" Jones said.

Police say Eric was accidentally shot by another teenage boy last Saturday. His parents, both in the Marine Corps, taught Eric that guns aren't toys.

"He knew the gun safety, he knew the rules, he knew not to point guns at people," Jones said.

His family is using kindness to cope with the pain of losing a child. The family brought food to the first responders who were at the scene last weekend.

"Just doing those things helps us to remember Eric in the good light and how great he was, if not I’d probably be curled up in a ball in my closet and no one would find me," Jones said.

While there are still questions surrounding what happened the night of the accident, the Jones family has a message for other parents.

"Don’t be a stranger in your child’s life, know who his friends are, or her friends,"

Police say they are investigating this as an accident, but charges may be filed on the teenager who pulled the trigger.