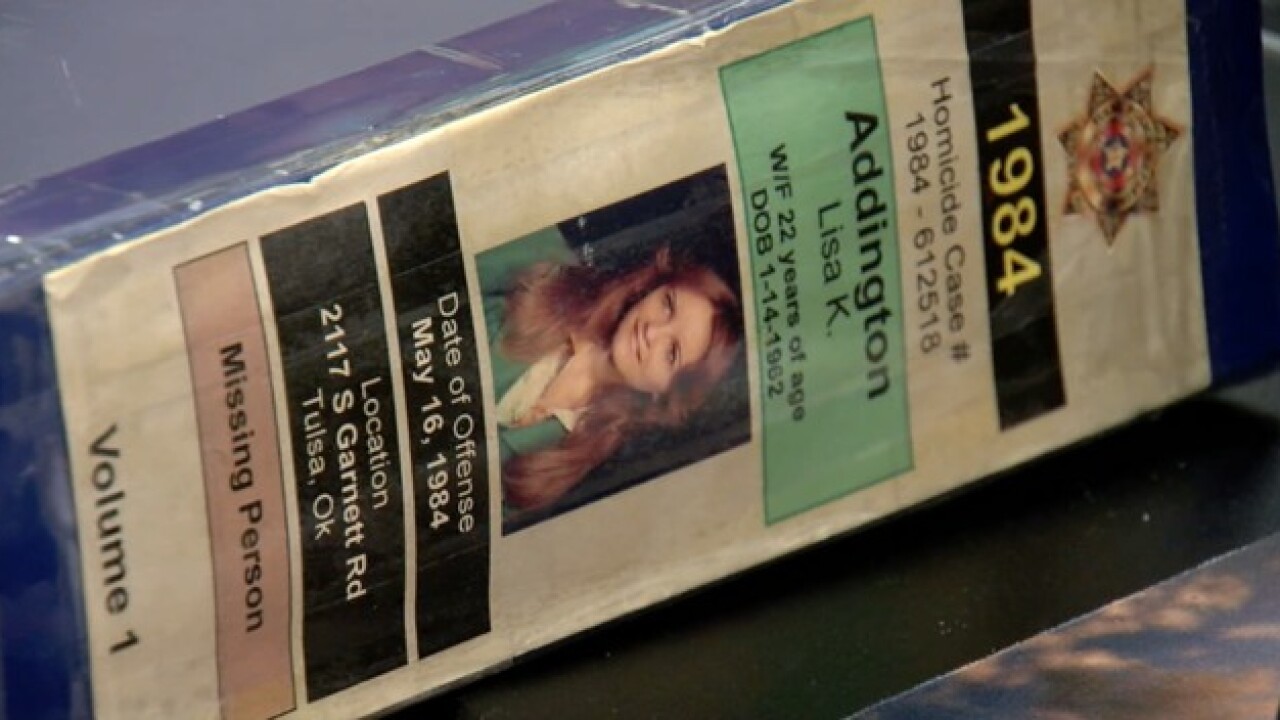 The dress was purchased and invitations sent when the 22-year-old went out to celebrate for what might have been the very last time.

Her family says Lisa went to what used to be the Great Escape Club at 21st and Garnett in Tulsa, and the bride-to-be couldn't wait to get married.

"She was always, always upbeat. A really happy person. Always laughed a lot. She wasn't mean natured or anything, would do things to help people," her brother Scott Addington said.

Addington said her group of friends left her behind when she was speaking with a man at the bar. They waited up for her to come home that night.

"None of her friends knew what happened, how things progressed, where she went missing. We expected her the next morning or by that night but nothing ever became of it," Addington said.

Lisa and her fiancee were living in Dallas at the time, and her family tells 2 Works for You he stayed there during the bachelorette party. Detectives said they were surprised by the lack of concern when she went missing.

"Not much involved. I found it odd that he didn't check to say "hey has she returned" or anything like that. Which leads me to wonder, okay, what are you hiding?" Detective Eddie Majors said.

Lisa's father said the two fought before she drove up, when her husband-to-be didn't have the right identification to get their marriage license.

"He was waiting to get his birth certificate and renew his driver's license and then he said he'd be up the next day," Robert Addington said.

Robert said he and his wife always held out hope that Lisa would come home, saying the grieving process got easier, until his wife developed dementia before passing away four years ago.

Robert said he would be relieved if she even called police, letting family know she's alive.

"I wish she would show up. First thing I would do is hug her, and take care of her, and love her. Then I would have my two sons over and we would go to supper somewhere that night. Then probably stay up for two or three days talking about things, you know?" he said.

Detectives ask anyone with information to reach out to Tulsa Police, saying they have no leads on a suspect at this time.