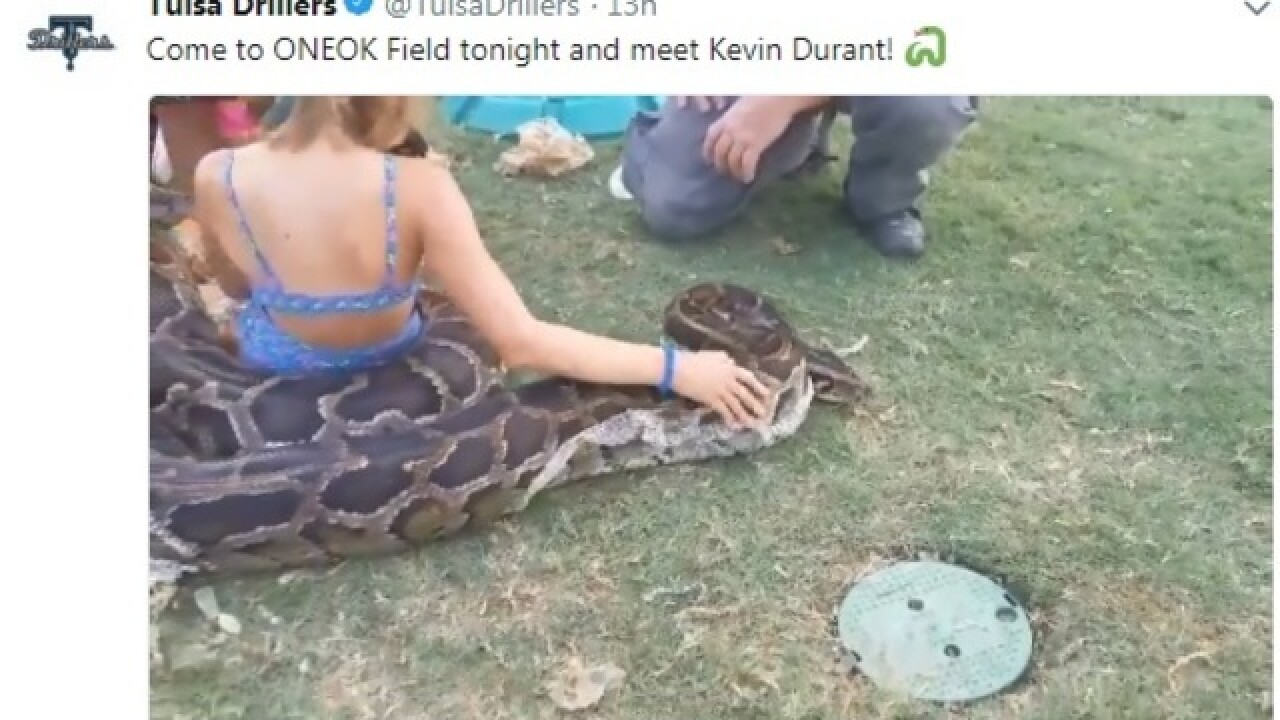 TULSA -- The Tulsa Drillers are going on viral on social media, after implying that Golden State Warriors forward Kevin Durant is a snake.

"Come to ONEOK Field tonight and meet Kevin Durant!," wrote the Twitter account of Tulsa's double A baseball squad. The video of a snake that accompanied the tweet has 174,000 views as of Thursday morning.

Durant has won two NBA titles and two NBA Finals MVPs with the Warriors since leaving the Oklahoma City Thunder in free agency in 2016.