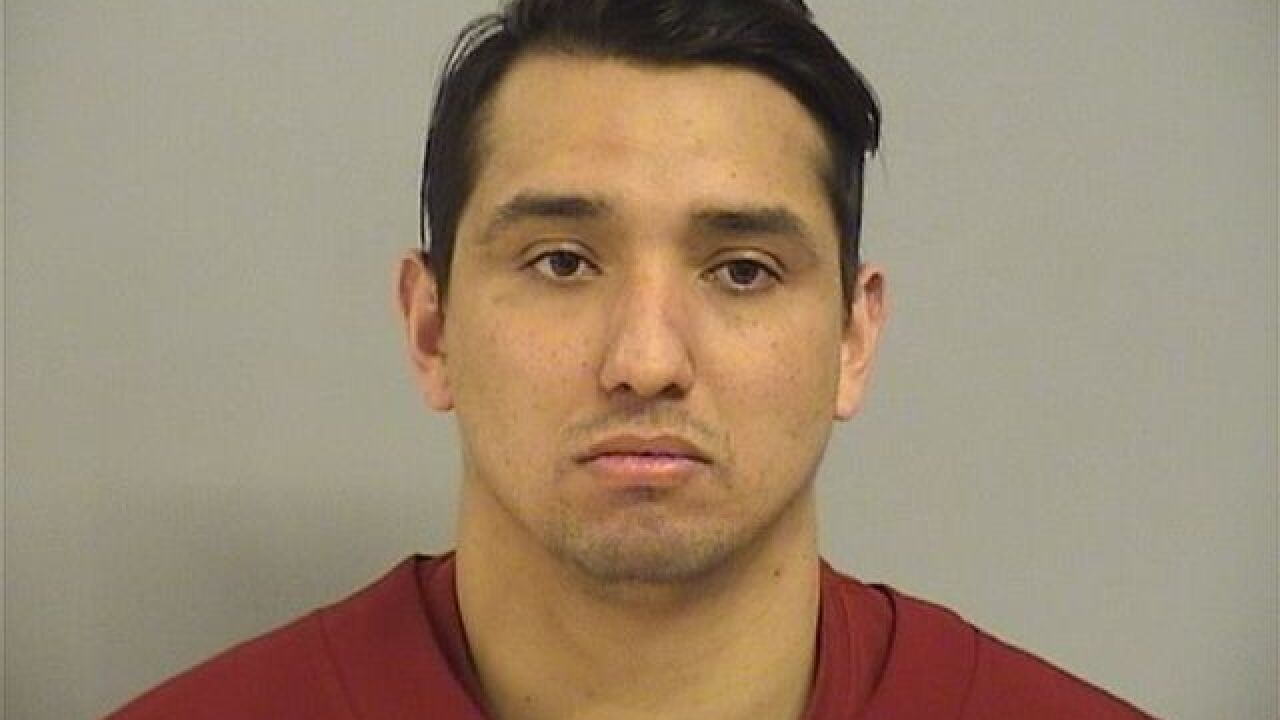 Dalton Wildcat was arrested by Sand Springs police  early Monday morning after they were dispatched to the Sand Springs Water Treatment Facility at 8700 West 21st Street in reference to an auto burglary in progress.

Officers located a suspect vehicle, and Wildcat was placed into custody.

Wildcat said he had taken a wrong turn and got nervous when he saw patrol cars. Officials said Wildcat admitted to drinking four beers and four shots.

A witness said he saw Wildcat break into a city of Sand Springs vehicle and attempt to break into another city vehicle.

He was hired by the Sheriff's Office on May 6, 2013. He has been placed on unpaid administrative leave.