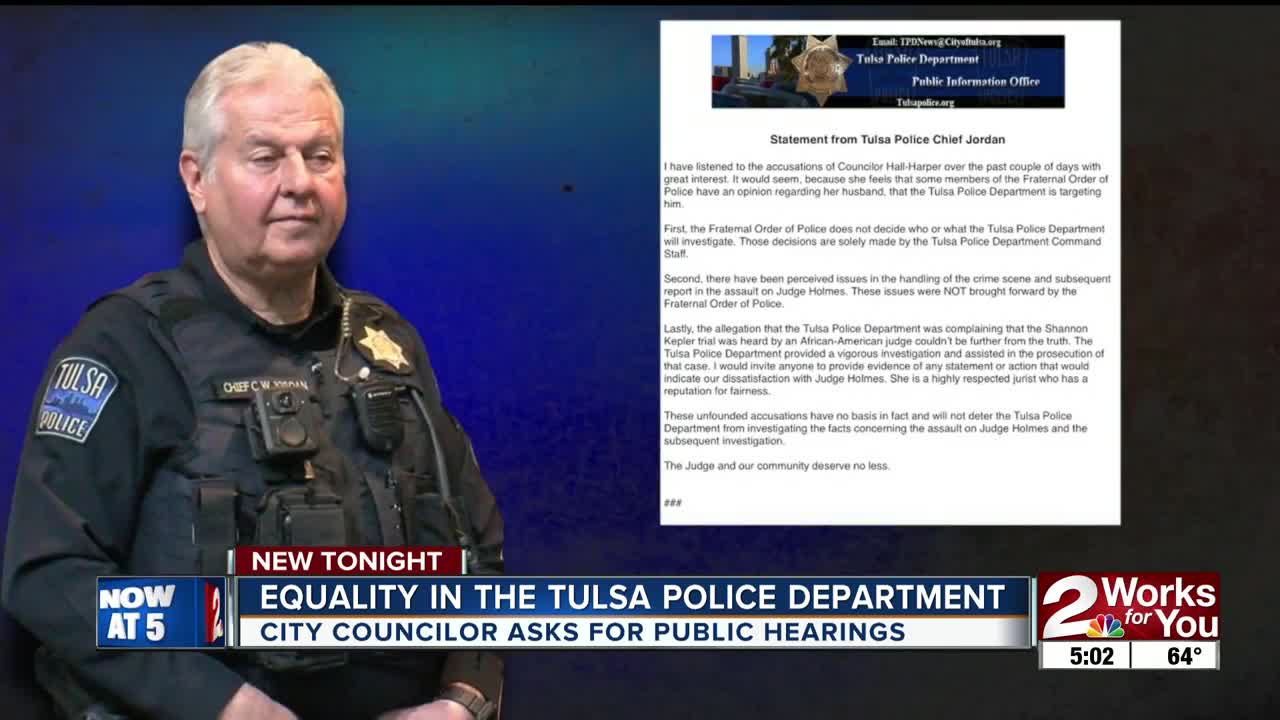 That report from the City University of New York Institute for State and Local Governance claims there are racial disparities in Tulsa police practices.

Fraternal Order of Police attorney and former police officer Scott Wood says that all independent research should not be taken at face value.

"You have to be very careful when you look at studies that come back with results like that,” Wood said. "From that standpoint if you look at the numbers just on the surface there could be a problem, but I think you have to go beyond just what those facially recognized numbers that are in that study."

Tulsa Police Chief Chuck Jordan made it clear in a statement today that TPD decides who and what is investigated, not the Fraternal Order of Police.

"I have listened to the accusations of Councilor Hall-Harper over the past couple of days with great interest. It would seem, because she feels that some members of the Fraternal Order of Police have an opinion regarding her husband, that the Tulsa Police Department is targeting him.

Second, there have been perceived issues in the handling of the crime scene and subsequent report in the assault on Judge Holmes. These issues were NOT brought forward by the Fraternal Order of Police.

Lastly, the allegation that the Tulsa Police Department was complaining that the Shannon Kepler trial was heard by an African-American judge couldn’t be further from the truth. The Tulsa Police Department provided a vigorous investigation and assisted in the prosecution of that case. I would invite anyone to provide evidence of any statement or action that would indicate our dissatisfaction with Judge Holmes. She is a highly respected jurist who has a reputation for fairness.

These unfounded accusations have no basis in fact and will not deter the Tulsa Police Department from investigating the facts concerning the assault on Judge Holmes and the subsequent investigation.

The Judge and our community deserve no less," he said.

In her own statement, councilor Hall-Harper says she was glad to hear that the department acts independently of the police union.

"I am very pleased to see Chief Chuck Jordan finally separate the Tulsa Police Department from the Fraternal Order of Police. This should have been done a long time ago.

Up to this point it is my belief and the belief of many in this city that they are one in the same."