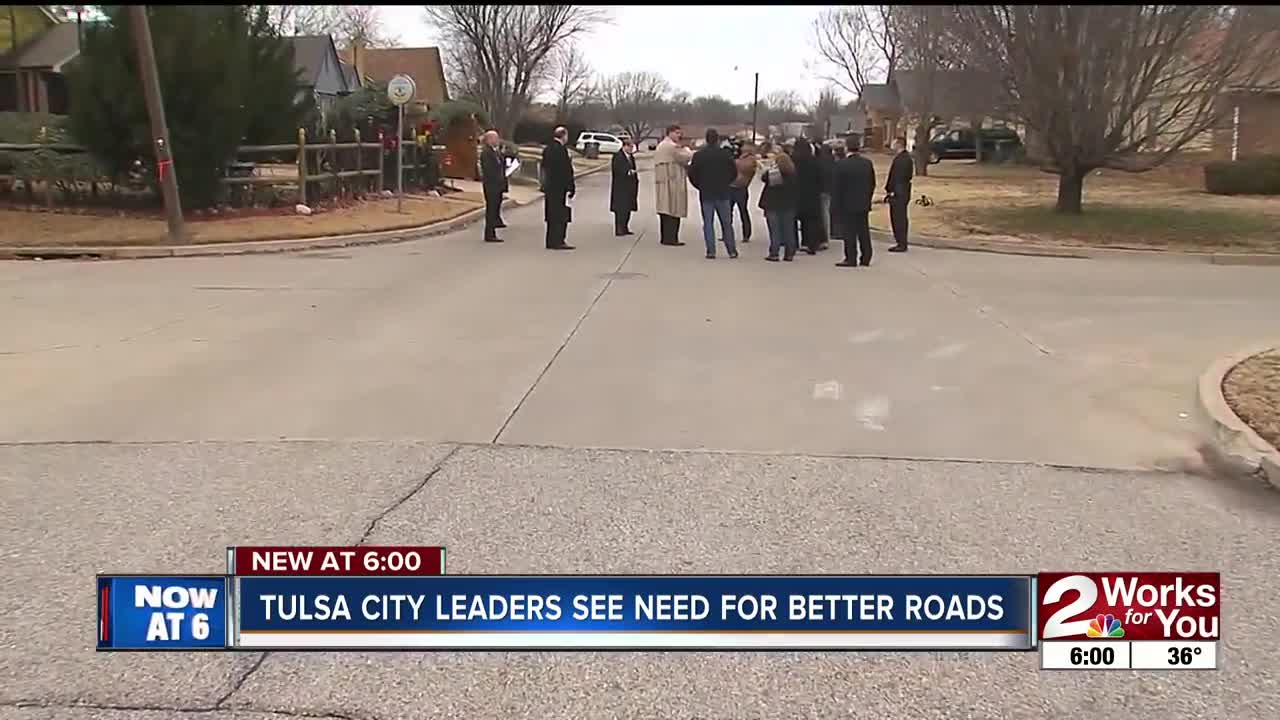 Officials decided to take city leaders on a tour to show how badly more work needs to be done, and how to deal with limited resources and finances. The tour was meant to show the councilors the level of need in the community.

"I definitely think they need to put more money into the roads," said lifelong Tulsan Daniel Spears. "That is a huge problem and it seems like it’s always been a problem."

The tour began in district one to look at roads in neighborhoods, and the need for walkways.

"Sidewalks are a top priority to me," said District 2 City Councilor Jeannie Cue. "And we need to start looking more into neighborhoods that don’t have sidewalks."

The tour also went to recreation centers that were both salvageable and unsalvageable. It was meant to show councilors what happens when centers aren’t given finances, and allowed to remain in disrepair.

"There’s never enough money to do everything we’d like to do," said Paul Zachary, Director of Tulsa Engineering Service Department. "But we need to pick the right streets - do the right type of work on them - at the right time."

Because the councilors vote on budgets and are in charge of where the money goes, officials say they hope the tour brings to light how important it is they put enough funds into the city’s infrastructure.