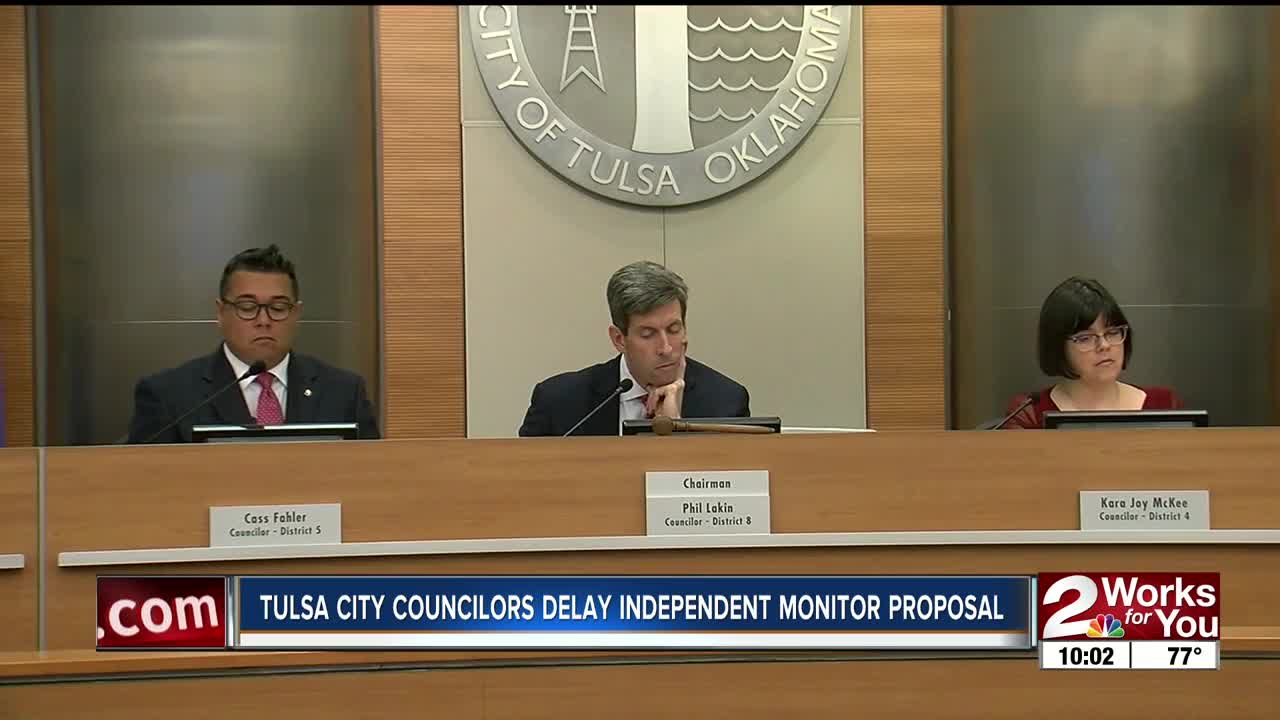 TULSA, OK (KJRH) — A vote that would create a citizen-led department monitoring police actions was delayed Wednesday evening. The Tulsa city council voted unanimously to move their vote on the proposed Office of the Independent Monitor after several people spoke up about adjusting the ordinance.

Many thought the way the ordinance is written right now would only allow an independent police monitor to take a look at internal investigations after the fact, and wouldn't be allowed to make suggestions concerning discipline.

"It reflects an office of the independent auditor, because an auditor is someone who looks at something that happened after the fact," said Greg Robinson. "If we're looking to take ourselves to the next level as a city, then we really need to take this opportunity to institute a monitor."

Robinson says the monitor can be something that adds to cooperation between the police department and citizens.

The council is going to revisit the independent monitor on September 11. Until then, they want to address and hopefully improve the ordinance.

"That's what this time delay is going to provide: an opportunity for engagement, but then an opportunity to consult and hear from other experts on the subject," said District 1 Councilor Vanessa Hall-Harper.

Throughout the meeting, speakers referenced cities like Denver as models for independent monitor-type positions. Councilors are now reviewing those models, and considering what they've heard from the public.