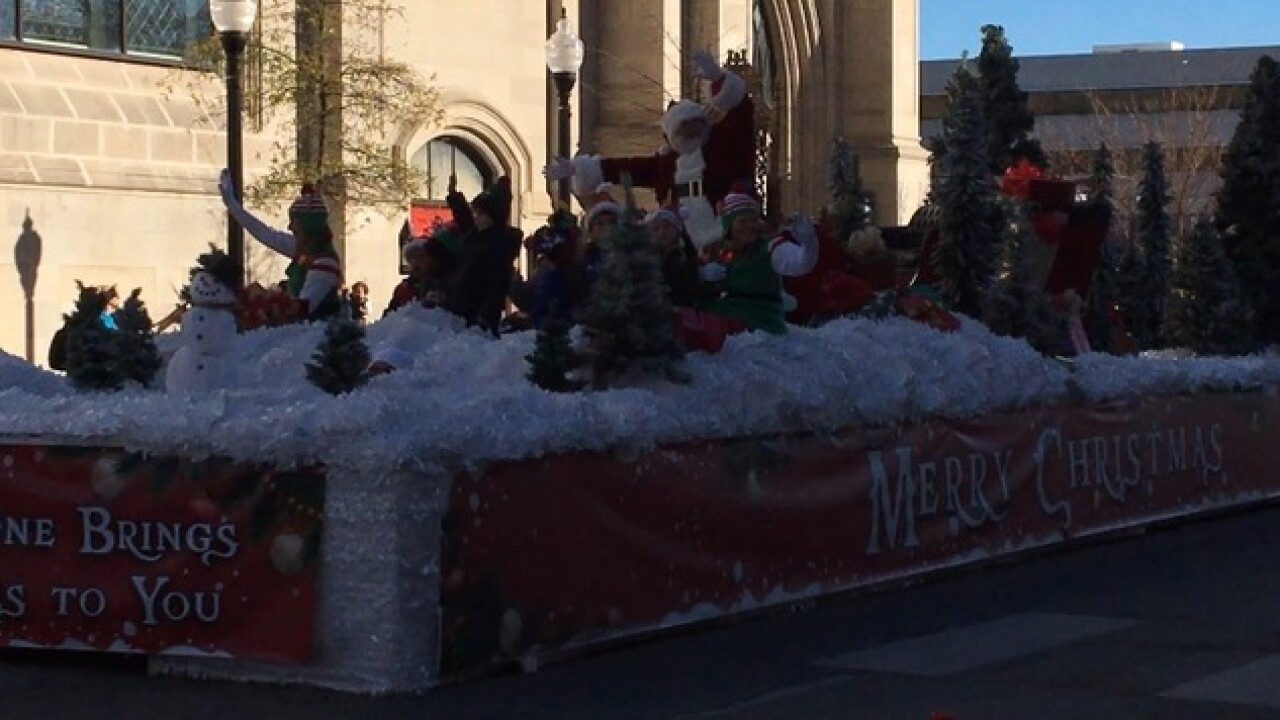 Copyright 2017 Scripps Media, Inc. All rights reserved. This material may not be published, broadcast, rewritten, or redistributed.
<p>Tulsa Christmas Parade</p>

TULSA -- The Tulsa Christmas Parade has been postponed until next Saturday, officials said.

The parade was postponed due to the threat of winter weather. Two to six inches of snow and icy conditions are possible throughout the area.

“We are postponing Tulsa Christmas Parade until December 15th, 2018 at 1 PM.” Says, Paul Ross, Vice President of American Waste Control. “We want city services to focus on the safety and well being of all the citizens during this forecasted snow.”

“We look forward to having the Tulsa Christmas Parade on Saturday December 15th at 1 PM and we hope you join us as we bring Christmas to Tulsa!”

It marks the first time since 1926 that the parade is being postponed.

The parade route can be found here.