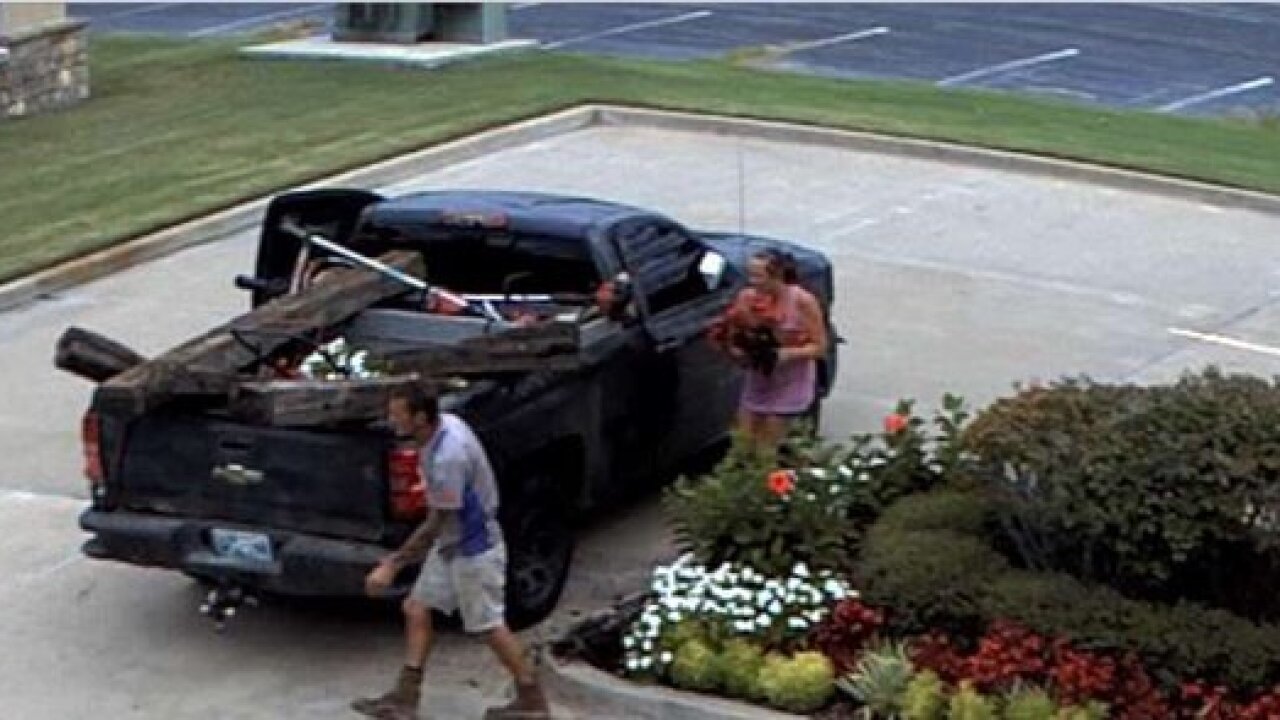 TULSA, Okla. -- For the first time in 15 years, crime is hitting home for Don Rowland.

It started three weeks ago when his company's air conditioning unit disappeared. Rowland put up cameras, and tells 2 Works for You a week later someone was on his property again.

"There was just a mess everywhere. They dug it out, left dirt all over, we thought an animal had gotten into the beds or something until we looked at the footage," he said.

Rowland said he can't believe thieves would go to so much trouble, digging up plants that will likely be dead by the first frost.

"You can't really call the police, it's somebody stealing flowers out of a flower bed, but we want to know who they are. We think they may know something about the theft of the air conditioning unit and most of all we just want them to stop and leave our stuff alone," he said.

Rowland first saw a man and woman taking plants in the middle of the night. Then a week later, they returned in broad daylight. Local flower shops said they're working with customers to prevent this kind of thing from happening.

"Some of the things we've done for our customers is, on some of the concrete pots, the bigger pots, we've helped them bolt those down on the inside, so basically you'd have to break the pot to get it out of their home or away from their property," said Jason Wilson with Ted and Debbie's Flower and Garden.

After the air conditioning unit was stolen, this business installed close to $15,000 worth of security.

"We've got really good lighting back here now, we've got security cameras, we've got motion sensors. We've had to beef all this up just to make sure this doesn't happen again," Rowland said.

The Rowland Group is offering $500 for anyone with information that could lead to an arrest.