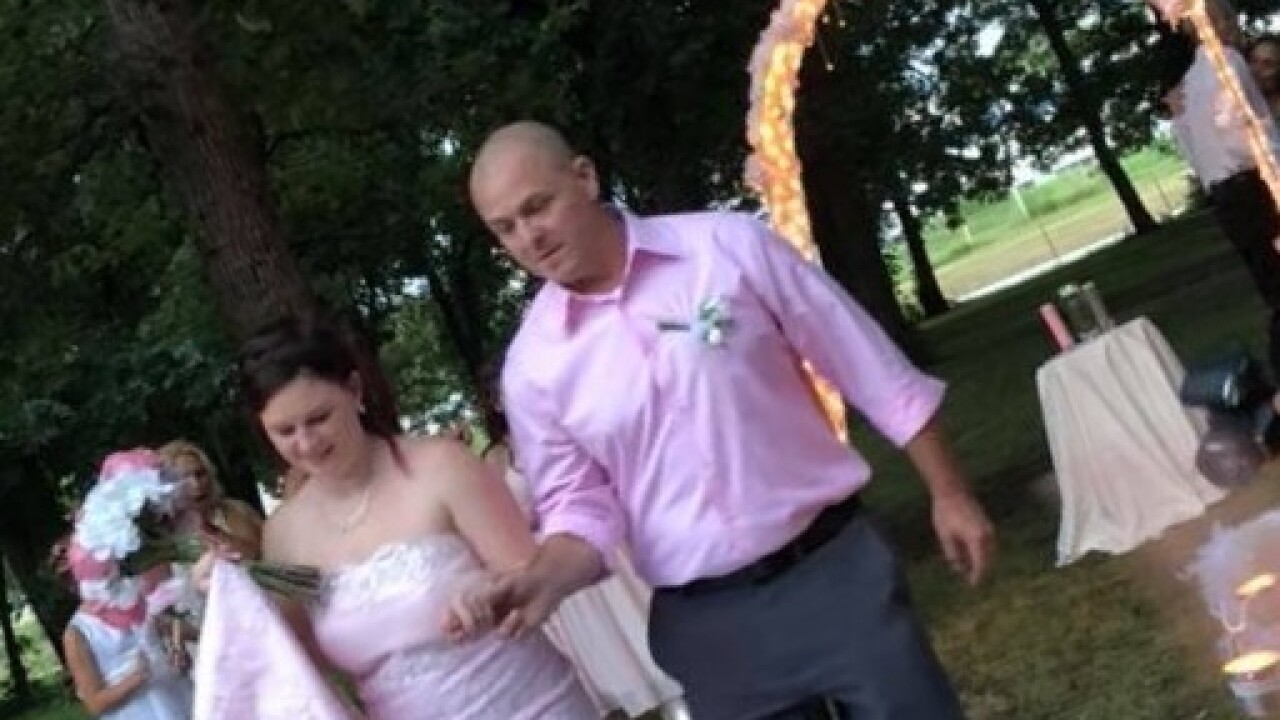 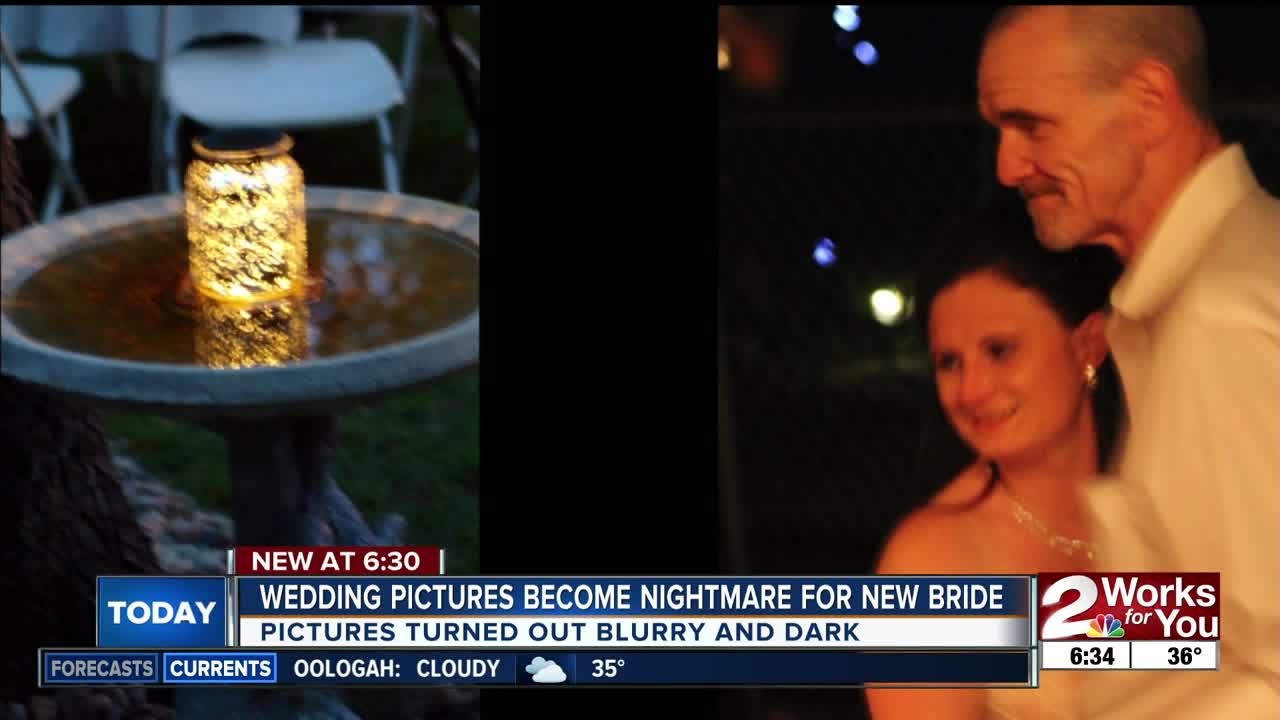 TULSA — A Tulsa woman is urging brides to use more caution when selecting a wedding photographer than she did.

"I was planning this since I was a little girl and it turned out just the way I wanted it and I have no pictures," Natalie Barney said.

Barney was on a tight budget for her big day.

"I just wanted a small wedding, but it had to be big enough for everyone to see my pink dress," Barney said.

When she saw an advertisement for an "affordable" photographer on Facebook, she clicked on it.

The bride-to-be messaged April Keller, owner of Queen Bee Photography - Stillwater, who she said quoted her $250 for 100 photos.

"I saw her pictures on Facebook and they looked good," Barney said.

It was a photo of a bride in her wedding dress surrounded by her bridesmaid in pink dresses that caught her eye. Queen Bee's post said "Wedding Samples" and showed several other stunning wedding photos.

An online image search done by 2 Works For You found the photos were on Pinterest and linked back to websites for designers, like Hayley Paige and Jenny Yoo.

Barney did not know that at the time she booked.

She said she met up with Keller before the wedding and provided her with a list of about 40 photos she wanted, including shots with her bridesmaids, close family, of her cake and so on. The two also agreed Keller was also going to be in charge of taking photos at a photo booth at the reception.

August 1 was her big day. She said that was the day she started worrying.

At the wedding, Barney said Keller admitted she was having camera issues and her flash did not work.

Barney said she was worried about her photos from that moment on.

"She messaged me [after the wedding] and asked if I could get the pictures my 10-year old niece took so she could edit those," Barney said.

Barney was sent a handful of pictures through Facebook messenger but not near the 100 she paid for.

"There are only three that are good pictures," the bride said. "They are pictures that I could have taken."

In Facebook messages provided by Barney, Keller admits the pictures did not turn out well. It was heartbreaking news for the bride because she had family fly in from out of state for the occasion.

As a consolation, Barney said Keller offered her a free family photo shoot with her children and grandchildren. On the day of the shoot, about 10 members of Barney's family went to the location they chose in coordinating outfits, but Keller did not show up.

"I didn't think I could be more hurt than I was after my wedding and that happened and then I just gave up," Barney said.

Keller said over the phone that her husband had health issues after Barney's wedding.

She also said she is not operating Queen Bee Photography any more. A post on the business's Facebook page a day after 2 Works For You spoke to Keller on the phone said, "I'm closing this company to open the chapter of my life if you get an invite from me please accept."

We found a new photography business that her name and phone number are listed on called A-game Photography.

Editor's Note: There are several businesses called A-game Photography. This story references the business in Oklahoma and is not associated with any others in the U.S. or Canada.