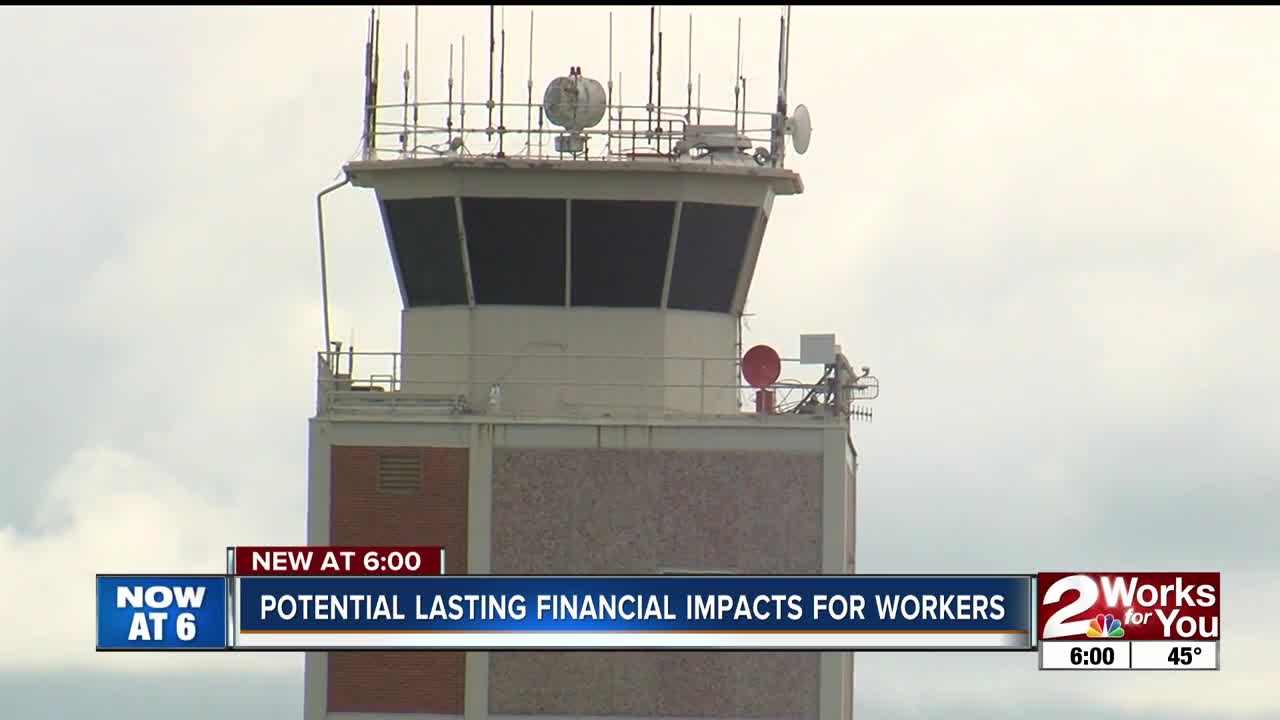 The partial government shutdown is affecting air traffic controllers in Tulsa and other federal employees. 2 Works for You Reporter Gitzel Puente spoke to an employee impacted as well as a financial advisor to find out what you should do if you face a sudden loss of income.

TULSA, Okla. — Thousands of federal workers are feeling the pain of the partial government shutdown, including air traffic controllers, who haven't been paid.

“Twenty years of government service, and this is the first time I've never received a paycheck,” said Jason Perkins, who works at the Tulsa International Airport Air Traffic Control Tower.

He's a federal worker employed by the Federal Aviation Administration under the U.S. Department of Transportation. It's one of nine federal departments that closed on Dec. 22.

On Thursday morning, Perkins said he received his paystub for the past two weeks for the amount of $24.20 after 80 hours of work. He says none of the other air traffic controllers, management, technicians nor secretaries working in the tower have been paid.

“All we've been told is come to work. We're deemed essential employees, so we have to go to work and at some point, we'll get paid,” Perkins said.

The Department of Transportation is one of the top federal agencies in Oklahoma with the most federal workers affected. They're deemed as essential employees, so they still have to show up to work, but won't get paid until the government reopens.

On Thursday afternoon, some NATCA members rallied outside the Capitol to put pressure on lawmakers and end the shutdown.

Some of the employees are relying on their income to pay for expenses.

"We can't go on very long," Perkins said. "We're looking at maybe making it through January, February, but after that we don't know."

A local financial expert recommends you have a savings plan at least two to three months of your bills, in case of emergencies.

"Even if you're not a government employee that's facing this, everyone in America needs to build a savings," said Ken Grant, a wealth advisor with Waterstone Private Wealth Management in Owasso.

He said if you find yourself without a paycheck you were relying on, then you need to prioritize your payment and find out what you can do without.

"If you're still going to be buying a $7 coffee and muffin every day, and now you're worried about your mortgage, stop and think about that," Grant said.