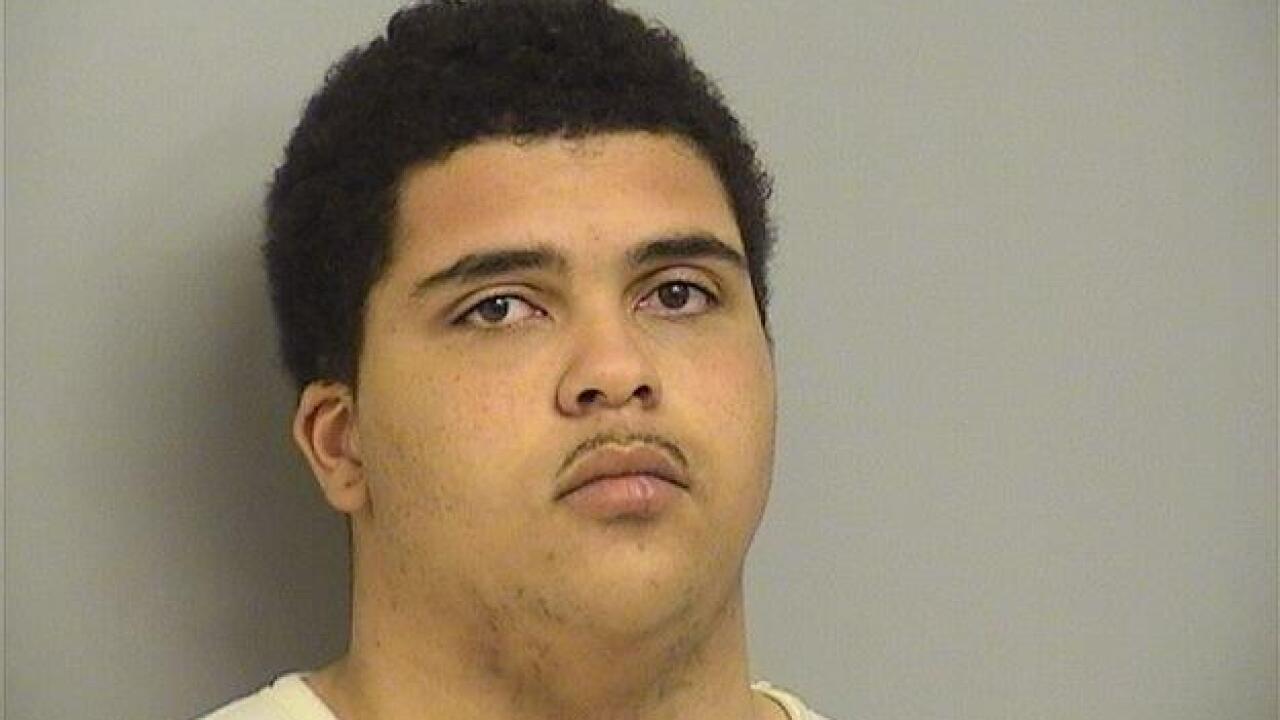 TULSA, Okla. — A Tulsa County detention officer was arrested Wednesday on accusations he smuggled cell phones and tobacco to inmates.

According to an arrest report, an investigation uncovered 21-year-old Joseph Noah Francis had tobacco hidden inside his socks when he was taken into custody.

Francis reportedly confessed to exchanging two cell phones for $1,000 each.

Officers say they searched Francis' car in the employee parking lot and found objects wrapped in black electrical tape, which is a common method used to smuggle contraband into jails and prisons. The report says when investigators unwrapped the tape, inside there were two cell phone chargers, tobacco and a type of screwdriver used for anti-tamper screws installed in detention housing units.

Francis was jailed on three complaints of contraband and also conspiracy to commit a felony. In lieu of $20,000 bond, he remains behind bars in the same facility he once guarded.

The jail says Francis had been employed at the facility since September 2018. He was fired on Thursday.