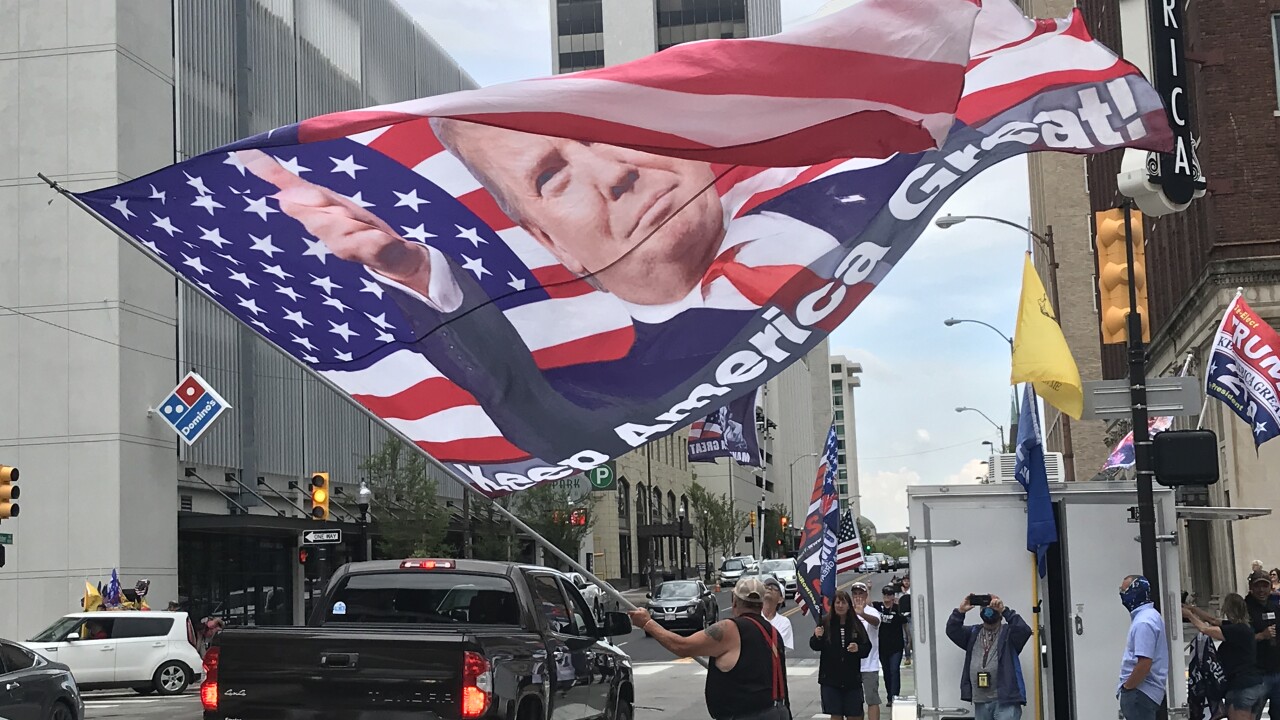 TULSA, Okla. — On Friday, Tulsa's mayor rescinded his curfew order but kept a secure zone around the BOK Center at the request of the secret service. This is as they get ready to welcome thousands of Trump supporters who've camped out for the several days to watch the president speak for an hour or so on Saturday.

Throughout Friday, visitors and residents alike felt the energy of a Trump rally on the streets of downtown Tulsa.

As the anticipation builds among supporters, crews finished putting together two stages next to the BOK center, where those inside Saturday evening will see the president in person for the first time since the pandemic began.

"We’re all here as Americans to lift up our president, help our country--lift our country," Rudy Campos, a Trump supporter said.

Campos and his wife drove eight hours from San Antonio for the weekend.

"This is part of history," Campos said. "It’s what we need right now there's a lot of negativity going on in the world right now. Why not?"

Campos is among the supporters attending the rally who've signed waivers in case they're exposed to COVID-19.

The Oklahoma Supreme Court ruled Friday afternoon the arena is not legally obligated to enforce social distancing or masks.

Aaron Williams plans to wear his mask during the campaign rally.

"I think if anyone just you know, kind of wears a mask like you're wearing and does this right here, and has a little hand bottle of sanitizer, I think it'd be all right," Williams, visiting from Norman, Oklahoma said.

The Trump campaign has said they will be doing temperature checks, providing hand sanitizer and masks, though will not be requiring anyone to wear them.

"We're here by choice, we know the risks, we know what could happen," Dolly Campbell, another Trump supporter said.

Campbell and her family, visiting from Oklahoma City, will camp out another night for what she describes as a once in a lifetime experience.

"The climate that our country is in right now I feel like there's no better way to bring unity than to show up and support one another and that includes any protests and you know, just show support and show love and respect everybody," Campbell said.

With more than 100,000 people expected to fill Downtown Tulsa on Saturday, Oklahoma's governor has activated the state's national guard ahead of the rally to help local law enforcement.