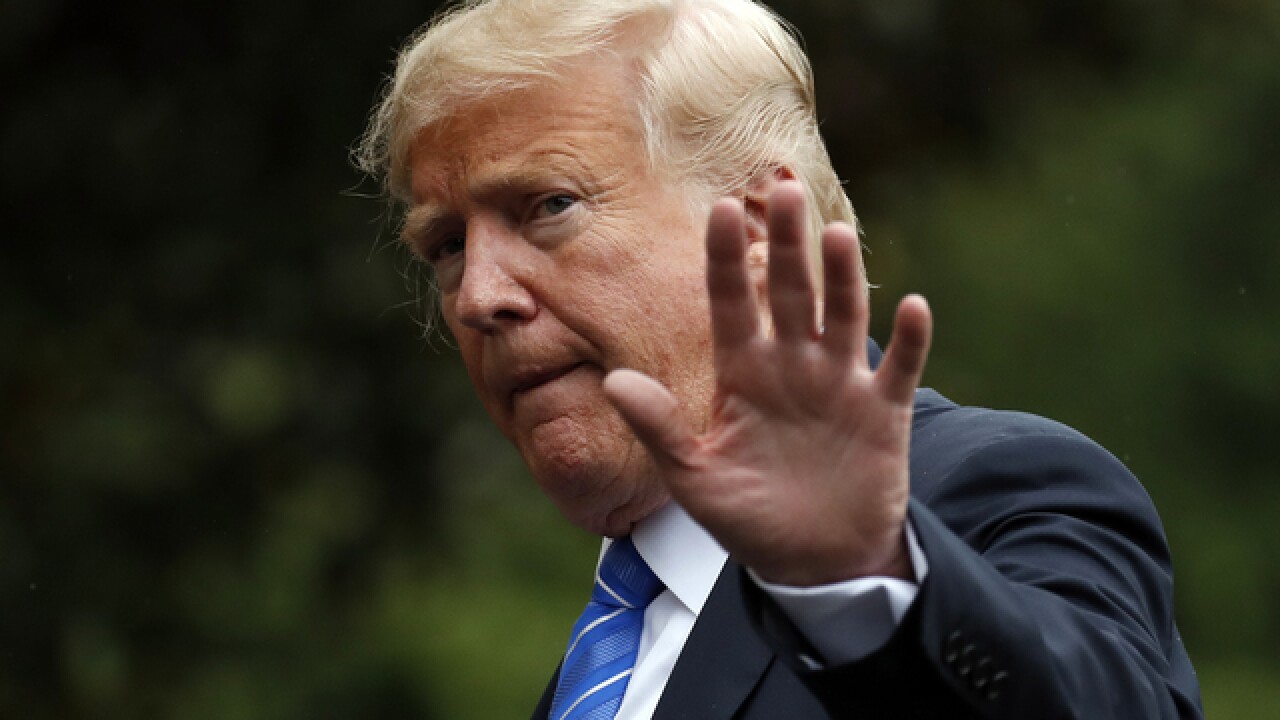 Copyright 2018 The Associated Press. All rights reserved.
Alex Brandon
<p>FILE - In this Tuesday, July 24, 2018, file photo, President Donald Trump waves as he walks on the South Lawn after stepping off Marine One at the White House, in Washington. Trump was recorded by his longtime personal lawyer discussing a potential payment for a former Playboy model's account of having an affair with him, and at one point can be heard saying "pay with cash." (AP Photo/Alex Brandon, File)</p>

LOS ANGELES (AP) -- President Donald Trump was recorded by his longtime personal lawyer discussing buying the rights to a Playboy model's story about an affair she claims she had with Trump and at one point can be heard saying "pay with cash."

The audio, which was secretly recorded in 2016, was provided to CNN by Lanny Davis, who represents Trump's former personal attorney Michael Cohen and was played on air Tuesday evening.

The conversation between Trump and Cohen came weeks after the National Enquirer's parent company reached a $150,000 deal to pay former Playboy model Karen McDougal for her story of a 2006 affair, which it never published, a tabloid practice known as catch and kill. Trump denies the affair ever happened.

Cohen can be heard on the tape saying that he needed to start a company "for the transfer of all of that info regarding our friend David," a possible reference to David Pecker, Trump's friend and president of the National Enquirer's parent company, American Media Inc.

When Cohen begins to discuss financing, Trump interrupts him and asks, "What financing?"

"We'll have to pay," Cohen responded.

The audio is muffled, but can be heard saying to "pay with cash" and Cohen immediately says, "no, no." Trump can be heard after saying, "check."

"The transcript that we provided CNN accurately reflects the taped conversation," Giuliani told The Associated Press.

"Listen to the tape. Donald Trump is not shocked money is being paid about someone named Karen McDougal," Davis said during an interview with CNN. "

Davis said his client -- who is under investigation by federal officials in New York -- "has been disparaged and insulted and called all kinds of things."

"He's got truth on his side and he'll continue to tell the truth," Davis said.

American Media, Inc.'s payment effectively silenced McDougal through the election, though days beforehand news of the deal emerged in The Wall Street Journal. At the time, a Trump spokeswoman said his campaign had "no knowledge of any of this."